Why a shared society is exactly what we need

The Prime Minister, Theresa May, last week outlined her vision of a ‘shared society’. In response, she has been, to put it kindly, gently mocked. And, to be fair, it was a bit of a gift horse for the twitter-sphere, which quickly erupted with references to Cameron’s much maligned ‘Big Society’, and rapidly spawned a new, retaliatory hashtag #scaredsociety—producing a feed awash with humour but also despair.

In large part, the response reflected the usual complaint about a lack of detail. This is a bit unfair—newly articulated ideals or political directions are rarely accompanied by detailed policy changes. In my view, it might be better not to moan about that, but rather to take the opportunity to influence it. Most of us in the voluntary, community business and social enterprise sector, know already what a shared society looks like. We also understand why it is exceptionally important to the future of the country that government properly recognises its value, and resources it accordingly.

Theresa May’s speech focused on the need for shared responsibilities. But who is not responsible enough? For the most part, those of us working in the voluntary or community sector don’t need to be told—acknowledging a societal responsibility to others is what drives everything we do. Where I live, it is the Sea Scouts teaching kids to be safe on the water; it is community meals run by the Baptist Church; it is the dementia awareness group working to make businesses dementia friendly; it is the Roots charity creating a communal food garden; it is Elliot’s Touch raising funds for childhood mitochondrial disease; it is the carnival committee and those who run Watchet festival: it is all of these groups and a hundred others.

So whom then does she mean?

The people who are not already involved, I guess.

And you know what, she’s right. But it’s pretty hard to take responsibility for something in which you have no stake. Feeling like you don’t matter, that you have no say, and that no-one cares what you think or what happens to you, is devastating. But this is not just on a personal level. It is equally destructive for society as a whole, which only really exists because of shared ties, connections and belief.

So first we need to build a society worth being responsible for. I am lucky enough to live in the wonderful little town of Watchet in West Somerset. It has the most extraordinary community spirit—social capital might as well be the local currency. But by any other measure, it is not wealthy. This is not Surrey; it’s not even Swindon. On the contrary, West Somerset is the proud holder of two equally depressing accolades: workers here are less likely to be paid a living wage than almost anywhere in the UK, and it has the lowest social mobility score of anywhere in the country.

On the other hand, it’s the second happiest place to live in England.

I put this down to ‘self-reliance by neglect’. Because Watchet is an out-of-the-way place, rural and isolated, the community here has always had to organise its own affairs to a great extent. This has often meant sharing the burden, cost and responsibility for problems that might elsewhere have been addressed by the state. But it has also meant sharing the achievement, the fun, the sense of pride that comes from doing things that make a difference and doing them together. Most recently, we have established a set of ‘shared town priorities’, built up from the ideas of as many parts of the community as possible—offering a shared platform and a shared sense of power. 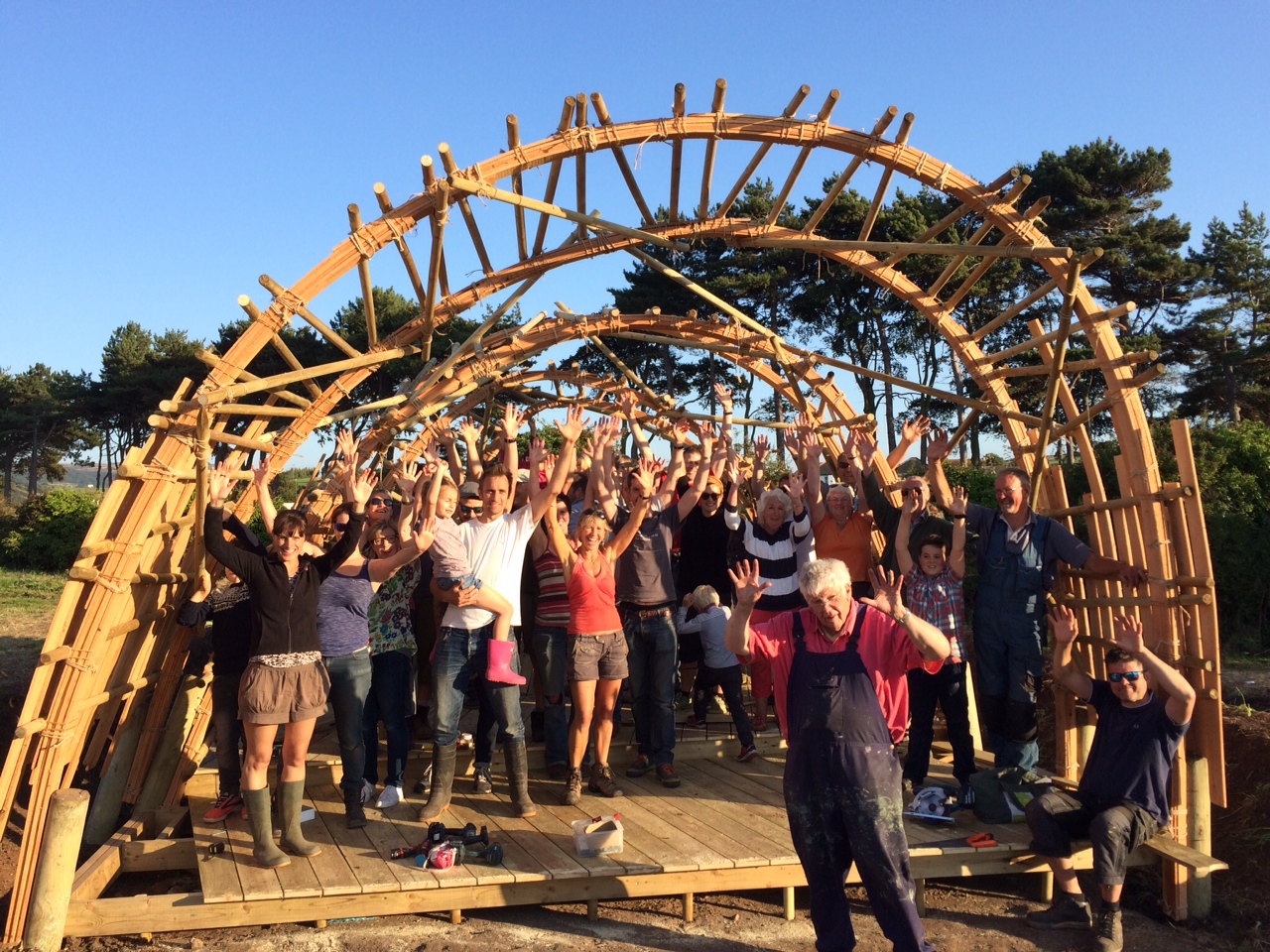 Increasingly, this kind of strength is imperative. More and more it is up to community businesses, social enterprises and voluntary organisations to deliver social change. If you cut hundreds of thousands of public sector jobs, and reduce council budgets by close to half, you’ll shift some tasks to the private sector, and some to the bin, but most of the slack will get picked up by the community. Why?  Because the ties that bind us make us care. The corollary is also true. If the state’s not up for it anymore, but we don’t have these ties, if we don’t look out for one another, if we don’t care to build a better future for our villages, towns and cities, then who will?

Building this kind of strength is not easy—it takes commitment, time, money and guts—and Mrs May is right again, government must support communities in the challenge. The prize is worth it. If we all share the platform, the power and the costs, maybe we will, like Watchet, develop a shared stake in this place where we live. Perhaps we will be enlivened by a shared sense of purpose. In time, this might even allow the country to rediscover the Holy Grail—a shared civic identity―founded not on our differences, but on our shared experiences, on what we did together, to make the future better for us all.

Jessica Prendergrast is a Director of Onion Collective CIC. The 'Onions' work with communities nationwide to help them to be the best versions of themselves, through social and economic regeneration built on defining a set of shared priorities.