For decades successive UK governments have sought to centralise power in order to achieve their policy objectives, resulting in the UK becoming one of the most centralised political economies in the world. However, Greater Manchester’s landmark devolution deal in April 2016 brought, for the first time, all £6 billion of health and social care spending under local control, marking an unprecedented opportunity.

Alongside the Centre for Mental Health and leaders such as Cllr Sarah Hayward in London and Dr Martin Reeves in the West Midlands, the RSA has been exploring the extent to which this shift might support a deepening commitment to parity of esteem between mental health and physical health.

At the RSA a crucially important measure of success for devolution is the extent to which the most marginalised in society are served by new structures. This extends to health. As Cllr John Clancy, Leader of Birmingham City Council told the Core Cities Business Summit “we’ve made mental health a priority, as it’s another thing that holds back growth”.

Inclusive Growth Commission: John Clancy from The RSA on Vimeo.

Amongst the opportunities that new policy approaches help facilitate, there is also a danger of the language of devolution clouding yet more centralised directives. Possibly the best example can be found through NHS England Sustainability and Transformation Plans where fast-tracked service redesign alongside huge budgetary constraints has meant a missed opportunity for hard-wiring parity of mental and physical healthcare into the system. RSA research tells us that the issue is a stark example that holds back growth and costs more in the long-term.

Our research showed us that:

The challenge is how we reverse this trend. We can see hopeful interventions from city Mayoral candidates in discussing the improvement of mental health provision as part of broader reform and inclusive growth strategies. 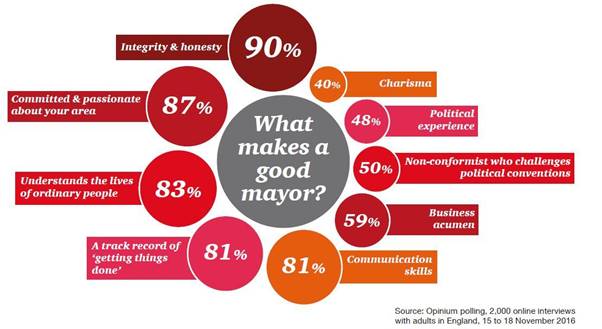 In addition to direct service improvements, devolution can be a vehicle for a higher profile ‘hearts and minds’ approach to mental health. Both Greater London and the West Midlands have expressed interest in the ‘Thrive’ approach developed in New York City and RSA Fellows such as Iris Elliot are helping to support and learn from these approaches globally. Some cities are grasping the challenge and are leading the way in this agenda.

Sadiq Khan’s mayoral manifesto included specific pledges on raising mental health awareness and Andy Burnham, mayoral candidate for Greater Manchester, has stated that improving child and adolescent mental health services will be a priority if he is elected.

Indeed, the West Midlands Mental Health Commission, chaired by Norman Lamb MP, has not only helped facilitate the introduction of 0-25 year mental health provision, but also helped upskill the region’s education leaders – improving the skills and confidence to deal with mental health in young people, and looking at architecture to develop mentally healthy schools. Our upcoming project with RSA Academies will also seek to consolidate that legacy.

These are great examples of what cities and regions could achieve through utilising the new crop of political leadership to make devolution a meaningful alternative to the current system where central government can too easily opt out of accountability without substantive challenge.

Do we need a Mental Health Manifesto for Cities?

The economic costs of mental health illness (£105.2 billion a year) are well documented, and the Inclusive Growth Commission begins to highlight the social cost. Here we highlight 5 challenges for Mayors that citizens can hold them accountable for:

An inclusive devolution strategy backed by a new crop of political leadership is currently our best opportunity to unleash the potential of people at the economic and social fringes of society. One way to ensure we rise up to the challenge is through holding the fire to our emergent political leaders.