Multitasking is a myth - handling interruptions at work actually requires rapid task-switching, which can bear a cost to our health.

“Choice of attention – to pay attention to this and ignore that – is to the inner life what choice of action is to the outer. In both cases, a man is responsible for his choice and must accept the consequences, whatever they may be.” WH Auden

Whereas in the 20th Century much of the wealth that was created went to those who controlled real estate and oil, many argue that in the twenty-first century it will go to those who control our attention. This is a battle we are ill-equipped to fight.

We find ourselves hooked on the variable rewards of messages, notifications and likes, subconsciously seeking the dopamine hit these intermittent electronic rewards give us. As psychologist BF Skinner taught us, these reward-seeking behaviours keep us coming back for more, tied to our smartphones and underpinned by our fear of missing out.

If we do not adequately arm ourselves in this battle for our attention, what will be the impact on our own performance and wellbeing?

‘A wealth of information creates a poverty of attention’

The very fact that we are said to ‘pay attention’ to something suggests not only that we can choose how to spend our limited budget of attention on activities but also that this choice extracts a cost. The Nobel prize-winner Herbert Simon famously observed – over 30 years ago - that

The average American now takes in the information equivalent of 175 newspapers a day, information delivered through numerous channels that competes for our attention: we check our smartphones 85 times a day and our email every 6 minutes.

At work, 57% of tasks are interrupted, thereby extending the time taken to complete the task, and 41% are not even resumed after an interruption.

Research undertaken for my dissertation on current practice in the workplace supports this. In a survey of over 150 knowledge-workers it was found that 77 percent of respondents were interrupted all the time or frequently, with 62 percent agreeing this made it difficult to do their job effectively, and two-thirds saying they multi-tasked all or some of the time. Little wonder that around a third of a knowledge-worker’s day is characterised by interruptions that necessitate task-switching. 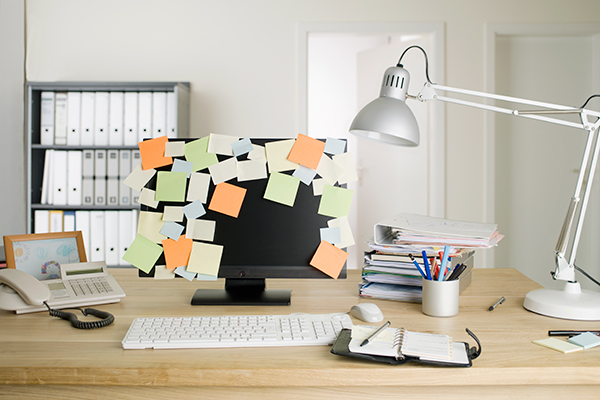 Multitasking is a myth

However, neuroscience has shown that multitasking is actually a myth due to the fact we can only pay attention to one thing at once. In reality, the ability to maintain performance whilst being interrupted requires rapid switching of our attentional focus in and out of tasks.

How do we cope with these interruptions? How do they impact on our performance at work?

I undertook  lab research to investigate this, measuring task performance on both a substantive task (a fluid intelligence test) and on a series of short tasks that formed interruptions to the substantive task. Well-being was evaluated through measures of fatigue.

Fluid intelligence has been shown to correlate with cognitive flexibility and executive functioning – the essential mental skills we need to get things done. The experimental results indicate that this correlation also extends to task switching: respondents with lower levels of fluid intelligence performed worse when interrupted and reported higher levels of fatigue. In fact, they were significantly less likely to even attempt the interruption tasks.

Those with high fluid intelligence performed well on all tasks and didn’t suffer any significant increase in fatigue; they were highly effective task-switchers.

Ability to cope with interruptions varies with fluid intelligence

It is those with high levels of fluid intelligence – a relatively fixed commodity – that are predisposed to be better able to cope with interruptions by task-switching than others.

This means that those with lower levels of fluid intelligence are naturally disadvantaged in their capacity to handle interruptions in the workplace and are at greater risk of poor wellbeing and mental health as a result. Research also suggests that interruptions can effectively lower your IQ by up to ten points.

Interruptions are a threat to our productivity as well as our health. The priority for an increasingly knowledge-based workforce has always been for  people that are high in crystallised intelligence. This reflects our ability to remember facts and apply learned experiences. This is, after all, what the school system is predicated on.

However, it does not automatically follow that if you are high in crystallised intelligence you are also high in fluid intelligence, which is much more about the capacity to think conceptually and flexibly. The lab research I have conducted shows a link between fluid intelligence and the ability to effectively handle interruptions.

In other words, lots of people who are well qualified for the type of work the economy needs, because they are high in crystallised intelligence, may not be well suited to the way that work is currently done, and the interruptions that characterise it, being lower in fluid intelligence.

9 of top 10 ‘productivity killers’ are interruptions

This situation is exacerbated by our working environments, where nine of the top ten ‘productivity killers’ are interruptions, and the ‘always-on’ technologies of the 21st century delivering many of those interruptions around the clock.

Crucially, this is not well understood by either employers or employees as a critical driver of work-place stress.

Strategies now need to be designed, tested and refined to help create the conditions within which we can all produce our best work and handle interruptions and the attendant task-switching.

Research that tests out interventions and techniques to help achieve this is not only urgently needed but also is of significant importance to employees and organisations alike.

In his book 'The Shallows', Nicholas Carr writes:

“calm, focused, undistracted, the linear mind is being pushed aside by a new kind of mind that wants and needs to take in and dole out information in short, disjointed, often overlapping bursts—the faster, the better”.

Are we equipped with the understanding and practices to respond to this and take control of a resource which is, as WH Auden notes, our responsibility? Are we paying attention?

In a follow-up article, FRSA John Owen will discuss his complementary research into the potential of breaks for restoring wellbeing and performance. In a future article they will discuss their practical insights into how this learning might be applied in the workplace.