Ever since the rise of the community health movement in the 1980’s, the social determinants of health such as our living environments, our relationships and the wider community around us have been recognised as important features of a healthy life. ‘Corporate’ or workplace determinants of health, however, have been more difficult to ascertain. As such, the RSA’s welcome dialogue around the nature of good work is an ideal opportunity to reflect on the role that work has in keeping us healthy. 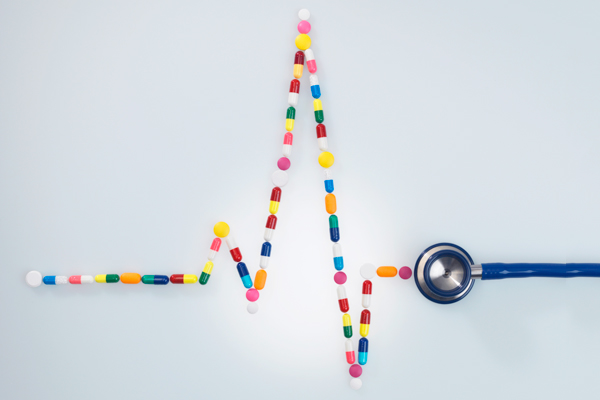 As Matthew Taylor pointed out when launching the #GoodWorkIs campaign, many of us spend half of our lives at work. Since Dame Carol Black’s 2008 report ‘Working for a Healthier Tomorrow’, the role of employers and trade unions in improving the health of their workforce has put health squarely on the labour market agenda. Black’s review estimated that the economic costs of sickness absence and worklessness associated with working age ill-health total over £100 billion a year, and acted as a clarion call to improve health in the workplace.

The review was helpful in many ways, including introducing ‘presenteeism’ as an important issue alongside absenteeism. Presenteeism refers to employees attending work even while experiencing suboptimal health. It is estimated that presenteeism, due to mental ill-health alone, costs the UK economy £15bn per year (Centre for Mental Health, 2011). To combat this it's timely to reflect on the Black’s review own suggestion that all work should be ‘good work’.  Her report pointed to earlier studies showing that not only can ‘good work’ improve people’s health, it’s also good for productivity and the economy at large (Waddell, G. and Burton A.K. 2006).

Given the stark economic costs of unhealthy labour, large public sector organisations have started committing significant resources to tackling the problems associated with ill-health in the workplace. Launching the Five Year Forward View, NHS England’s plan for transformation up to 2020, Simon Stevens called for a rapid re-haul of health improvement within the NHS and public health bodies. The plan called for the 1.2 million people working in the NHS in the UK to be role models in health for the rest of the country to follow. This initiative, launched in 2015, has seen the introduction of policies to compel public finance initiatives, which manage most large NHS estates, and catering contractors to uphold food nutrition standards in hospitals as well as a new GP-focused occupational health service to help ameliorate stress and burn-out.

An example of this agenda being taken forward at a local level is the Royal Free hospital, one of six ‘Health as a Social Movement’ vanguard sites that the RSA is helping to support. The Royal Free have focused on the most hard to reach staff members in their facilities teams including porters, cleaners and domestics staff who have amongst the highest health morbidities in the trust. Their various interventions have included teaching how to cook healthily, department sports days and organising a trek up Mount Snowdon which have been fundamental to improving patient and staff experiences at work. Moreover, Royal Free have reported an improvement in how valued some of the lowest paid staff feel about their work.

This kind of approach is becoming increasingly mainstream, with Business in the Community recently calling for widespread adoption of mental health first aid training across businesses of all sizes.

These welcome moves aren't all due to reports and recommendations.  They are in part driven by greater expectations from employees themselves. Market trends show that work in the 21st century is being viewed more than ever as an extension of a person’s values and identity meaning that jobs with bad health impacts simply won’t do. This trend is  most acute amongst ‘Generation Y’ and ‘Millennial’ workers - in their 20s to early 30s - who view how they work and why they work as more important than ever:  Rather than just high wages, most cite a desire for work that fosters collaboration over competition but also work that “benefits the whole of society”.

Whilst this is positive news, a lot of the focus remains on salaried employees. The RSA estimate that there are currently 1.1 million gig workers in the UK. The health needs of these workers and the effects of this new form of work on their health is currently largely guess work. The latest attempts to map this have been conducted by UNI Union, who conclude that the inability for workers to feel they are able to ‘switch off’ is causing them significant distress, which points out that flexibility of work has also come with heightened insecurity and increased surveillance of working patterns.

Whilst the NHS and other bodies, though belatedly, are keen to drive up health improvement at work and direct substantial resources towards it, how the army of the self-employed get supported remains unclear. The conversation started by #GoodWorkIs can help us to get to answers quicker.

Potential solutions are plentiful. From cooperative sharing platforms to mutual insurance for gig workers and even a shorter working week, the time is ripe to be asking meaningful questions about what good work is and how we can ensure everyone has access to it.

Join the conversation at #GoodWorkIs