Finding the moment – learning from the anti-tobacco movement

This week marks the 10 year anniversary of the smoking ban in public places. It offers a chance to reflect on lessons we can learn from health movements that helped get us here.

This year also marks 55 years since the Royal College of Physician’s publication of ‘Smoking and Health’ . It sparked a media firestorm, selling 33,000 copies, after it comprehensively linked tobacco use with premature death and cancer.  This was a collective ‘social moment’ in public consciousness of the anti-tobacco movement, but its success was predicated on campaigns that began 100 years previously. The movement blazed a trail, showing that working with people to achieve change, not just for people, is key to the future of successful public services. 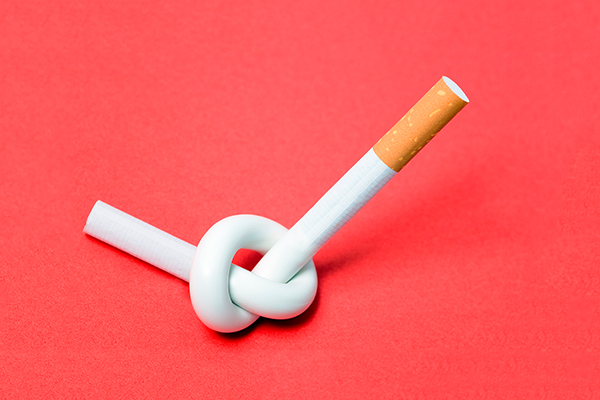 Since the 1960s, we have seen remarkable change in terms of health legislation and promotion. We have seen smoking rates drop to 15.8% of the UK population, whereas in 1974, over 50% of men were smokers. The “success”, culminating with the smoking ban in public places in 2006 and plain packaging in 2015 came out of a variety of factors and conditions, and mirrors other successful health movements. Intensity rises and falls over time, but crucially, the campaign seeks allies and articulates clear demands using a variety of tactics.

The NHS isn’t just a health service, it’s a social movement […] its part of what it means to be British

In a time of accelerated social change and when government capability is stretched more than ever, the NHS and other public institutions focusing on improving health are understanding that health movements provide rich learning material.

At the RSA, we believe that understanding public institutions within their wider interactions with social movements is important. Public services are formed within specific social contexts and often as a result of social action that demanded a government response. We believe for government, harnessing energy around issues the public care about, not what is prescribed to them, is the best way of securing public services that are fit for the 21st century. As public institutions like NHS England and Public Health England now have a mandate to reduce health inequalities and “engage communities”, they are trailing new ways to achieve this and working with the RSA on various approaches. Whilst the techniques might be different, the wider understanding is that nothing can be achieved without working with communities who are most affected by the issues.

So, what can public services learn from the anti-tobacco movement?

The modern story of the anti-tobacco movement begins with one woman, born in 1860. This woman was Lucy Gaston-West, the ‘Carrie Nation’ of the anti-tobacco movement. Lucy Gaston's moral crusade, alongside the wider Temperance movement in the US, sparked a raft of direct action and political organisation, culminating in nationwide pledges from church leaders to shield children from the sins of tobacco smoking, naming cigarettes ‘coffin nails”.

The campaign led to the formation of the Anti-cigarette League and Lucy Gaston-West running for US President in the 1920 election on an anti-tobacco platform. She galvanised a huge movement that encouraged children to vow to abstain from smoking and preached across the country the social ills of smoking, alongside gambling and alcohol. Lucy and the campaign raised awareness, but Lucy died in 1924 and momentum was largely halted by the 1933 reforms which saw an end to prohibition across the US.

The gains made within the Temperance movement were significant, going right to the core of the legislative agenda in the early 20th century. However, long-term sustainable change in people’s attitudes towards smoking only appeared from the 1950s onward, when an improved evidence base aligned with global campaigns calling for ethical corporate behaviour. The tipping point emerged when the medical profession unified and linked up with the anti-tobacco lobby. Advertisement became strictly regulated; the movement became a moral, as well as consumer protection crusade.

Whilst we should celebrate the successes, it’s important to acknowledge that we have a way to go and more alliances to be built, in order to achieve the goal of the movement to eradicate tobacco use. Smoking is a leading cause of preventable death in the UK. In 2015, around 79,000 deaths were attributable to smoking in England. Smoking rates are also significantly higher for those with poor mental health. 3 million of the nation’s 9.8 million smokers are estimated to have a mental health condition. Tackling the high mortality rate of people with mental health conditions offers a possible focus for the anti-tobacco movement in coming years.

A hallmark of successful movement is of linking campaigns and building a pipeline of leaders. In order for public services to behave more entrepreneurially, they need to see their role as enabling rather than containing social action, in order for public opinion and the conscious choices of individuals to move closer to supporting shared aims. Well-publicised publications provide a public talking point – a social moment to change the conversation about how we each look after our health.

The RSA's current work with NHS England seeks to support six local NHS agencies to prepare and help enable such moments in the future. Working together with the medical profession, businesses, cancer charities and campaigners, the approach to smoking can be an exemplar in how public services and public policy can work more effectively with movements to galvanise and organise responses to inspire social action for health.