The tenth anniversary of the financial crisis is inching into view, and with it will come copious reflection on the performance of the post-crash economy. Pundits are busy preparing their best lines for slots on midweek shows called ‘Escaping the Abyss: Surviving the Banking Crisis’. Expect a rehashing of old recriminations, along with fierce disagreement about what’s happened since. 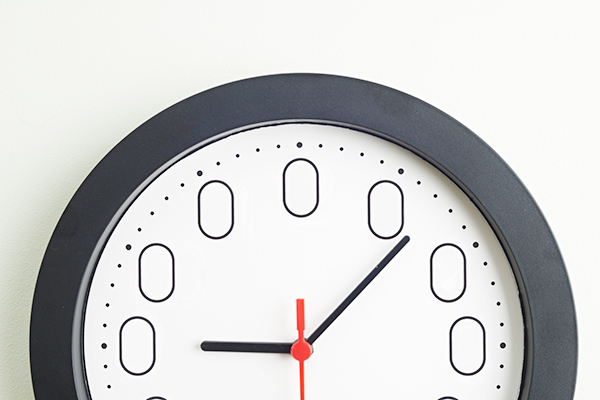 The jobs market is already proving a contentious topic. While it is unquestionable that employment levels have of late scaled unprecedented heights, a lively debate is raging around the quality of jobs created since 2008. Does high employment reflect an economy healing its wounds, or is it a mere smokescreen for a still limping labour market?

Disagreement centres on the fact that much of post-2008 job growth has been ‘atypical’: marked by insecurity, unpredictability and, in many cases, exploitation. The self-employed brigade has welcomed one million people in the last decade, accounting for 40% of all new jobs. Agency work has close to doubled in size, and zero hour contract numbers now sit just shy of one million – more than tripling since 2010.

While for some atypical work brings welcome flexibility, it remains that significant numbers now grapple with week by week variations in hours and thus income, regular ‘churn’ from one short-lived job to the next and an absence of typical statutory rights. It’s a bumpy ride out there – and not just for the Deliveroo bikers.

Yet rather than portending ‘the age of insecurity’ or some other equally solemn epoch, might this merely be the usual ebb and flow of economic cycles? In the latter half of 2016, as revealed last week by Resolution Foundation’s Torsten Bell, numbers of zero hour contracts actually flat-lined while agency workers declined by 50,000. In fact, almost all new employment consisted of what Bell calls ‘good old-fashioned full-time, employee jobs’. Bell sees a cycle finally come good: a smaller pool of unemployed strengthening the hand of the worker to leverage a better deal.

This is certainly good news – more people have more secure jobs. Yet the transformations could still be structural and require proper consideration. We should be cautious not to treat a late cyclical adjustment with overdue optimism.

The first and obvious reason is that we’re talking about a decade of growth in atypical work. Ten years ago was the age in which Kid Rock crucified ‘Sweet Home Alabama’. You could still get pic ‘n’ mix from Woolworths. Basically, it’s been a long time. This length of rapid and unprecedented rise in insecure forms of work signals more than just the wax and wane of ordinary economic cycles.

More profoundly – while conventional measures of insecurity should be carefully tracked – a broader definition of insecurity is required. While the dial may be shifting back towards better security in a strict contractual sense, major transformations being wrought by technology, digitalisation and globalisation have also broadened what it means to be and feel insecure. As Anthony Painter has recently argued, ‘the experience of insecurity is subjective as well as objective. Insecurity is about your access to a sense of agency and resilience in your life.’ This applies no matter your employment type.

Despite the recent proliferation of attention given to Uber, Deliveroo et al, in question here is not just the ‘gig economy’ but the internal workings of all companies. The experience of work, your power, agency and sense of some degree of predictability has to be understood alongside the type of contract you are on. The RSA will be publishing its analysis of where the labour market is on this wider notion of insecurity later this year.

With a broader lens on insecurity other recent trends become salient. For instance, the proportion of ‘routine and semi-routine’ workers feeling that they are ‘not free to decide’ when it comes to the degree of control or agency that they experience at work, has increased by 15% in ten years. Being stripped of agency and micro-controlled by bosses does not augur a sense of security; it makes one feel a replaceable cog and devalued as a human being. It’s little surprise that between 2005 and 2015 the number of routine and semi-routine workers reporting stress at work increased by a third. Many of these employees would be considered secure by conventional measures yet are anything but.

One might argue that enhanced worker power derived from high employment rates will work to solve these problems. Let’s hope so, but there is good reason to be cautious.

Firstly, automation looks likely to narrow the range of tasks done by human hands. While estimations of job obsolescence vary wildly it seems that low-skilled routine and semi-routine work is at particular risk. Yet we shouldn’t only focus on job loss from automation – job ‘narrowing’ is also important. As machines grow ever smarter and more dextrous many jobs could permit less variety in terms of task – a process of ‘digital Taylorism’ as termed by the FT journalist Sarah O’Connor. Trends such as this point away from more autonomy towards greater routinisation, control and dispensability. Additionally the range of skills possessed by low-paid workers to position themselves for better jobs elsewhere could be diminished.

It also might be that the structure of a globalised economy undermines workers’ push for better work. The ability and willingness of companies to shift location on profit rationale – especially in the era of Brexit – could undermine the attraction of collective bargaining. Additionally the short-term, geographically-spread and atomised nature of much atypical work makes collective action harder to organise (although new internet-enabled platforms may serve as a countervailing force in this regard).

This is not to be pessimistic for the sake of it, but to counsel caution on what truly could be major changes. Technology and labour market power will interact in some unforeseen ways in years ahead and there is a need to be open to a range of new ideas in anticipation and in response to a changing world of work. This is why Universal Basic Income (UBI) is prompting such discussion, as an idea that attempts to grapple with an unstable, unclear and shifting situation. That will not be enough alone but it is certainly worth debating its merits alongside a myriad of other ideas besides.

So when the pundits have their say on the post-2008 job market, what should we hope for? I say coiffed hair, clean shoes and a recognition that without fresh thinking insecurity – broadly defined – might well be here to stay.