The art of the deal, and why Brexit isn’t enough

A year after the decision to leave the European Union, it feels like we’re back in the hiatus that ensued after the resignation of then Prime Minister, David Cameron. The difference this time is the palpable tension. If Brexit was a riot at the ballot box, the Grenfell Tower protests and ‘Day of Rage’ show that people are increasingly angry as to failure of government to listen and respond to the voices of the disempowered.

At a national level, we need that strong and stable leadership that was so promised during the election campaign. Despite yesterday’s deal with the DUP, the government will struggle to pass its Brexit-dominated legislative programme with ease. And, as trade isn’t even at the top of Michel Barnier’s priority list – trumped by EU citizenship, Northern Ireland’s border and the UK’s financial divorce settlement – what further damage could be done to the UK economy, as consumer confidence is already starting to wane? We’ve already seen grumblings about the UK’s offer on EU migrants’ status, and that was the easy bit. Our border with the Irish Republic will prove a much trickier sticking point.

At a local level, several leaders I’ve spoken to recently have expressed concern about anger sparking protests, if not riots, on their city streets. Developing effective local inclusive growth strategies has got to be part of a pre-emptive response, but these will have to be supported by a national government that means what is says in ‘making the economy work for everyone’. Outside of the Brexit negotiating chamber, three factors will determine whether or not this strapline – of which we’ve heard little since the election – will come to pass: austerity, sub-regional devolution and the future of public services. 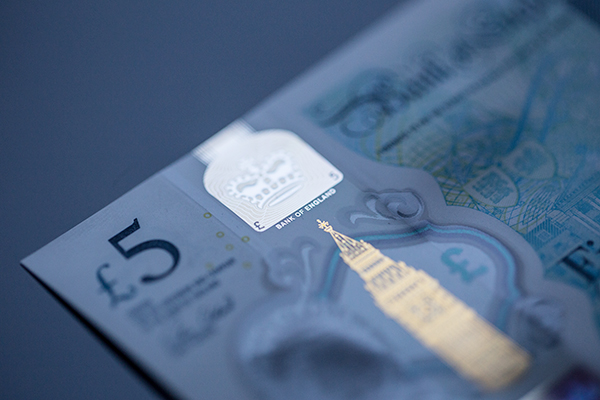 Speculation continues as to whether the recent election result will soften the government’s stance on austerity. The Chancellor, Philip Hammond quickly shelved his predecessor’s planned surplus for 2019/20 and raised hopes amongst many in the public sector of a potential ‘fiscal reset’ in his first Autumn Statement. This fiscal reset never materialised and it seems it is Theresa May who is now beginning to buckle on austerity – prompted, no doubt, by Jeremy Corbyn’s success during the campaign. A recent poll put Corbyn ahead of May for the first time when it asked people who would make the best Prime Minister.

Cabinet will be under pressure by many within the Conservative party (and in HM Treasury) to maintain tight public spending, especially as the economic impact of Brexit is starting to hit people’s pocket books and the future fiscal effects are so uncertain.

But long term demand-led pressures in health, education (particularly schools) and social care in England, are already at situation critical. As we’ve seen in the last few days, the politics of the Union – particularly in Northern Ireland and Scotland – as well as the loss of European Structural and Investment Funds – falling heavily on Wales – add additional complexity to the public finances.

The importance of place continues to drive much policy development locally and has become a greater presence within several government departments. But this is a welcome legacy of the Cameron-Osborne era, and will prove vital in enabling urban and rural areas to respond effectively to the economic and social challenges they face. However, while the industrial strategy green paper talked about place-based policy, its emphasis has diminished under Theresa May. The departure of Nick Timothy from No.10 could also choke the growth of the ‘Midlands Engine’ brand and potentially that of other super-city regions.

The six new metro mayors installed just prior to the election give institutional roots that could flourish under a relatively weak central government, but structural uncertainty will continue. The Tory manifesto pledged a move away from ad hoc devolution to a more coherent arrangement for city-regions. The manifesto did not specify what this new arrangement would look like, or how it would be enacted (we do know it will be distinct from a non-mayoral approach for rural areas).

Encouragingly, the manifesto did include a regional Shared Prosperity Fund (modelled on a recommendation of the RSA’s Inclusive Growth Commission), replacing – to an unknown extent - European investment funding, currently targeted at the poorest areas of the country. But overall, renewed centralisation is a significant risk of Brexit, and could undermine places ability to create sustainable, inclusive communities, just as local leaders are really starting to step up to the task.

Constrained by austerity and burned by structural overhaul of the NHS during the Coalition, the role and reform of public services has been almost entirely absent in recent years. Social care – the real time manifestation of our ageing society – is unlikely to be revisited in the new, two-year Parliamentary term. Other structural change (where necessary) is similarly unlikely, unless the government can garner cross-party support amidst the battle over Brexit.

But the pressure of public sector pay, deteriorating quality and ever limiting access will continue to mount. While limited activity could happen below the radar (such as reform prisons in England), all eyes will look to our overstretched frontline professionals, civil society and local leaders to innovate at the margins.

As many people have argued, the real risk of Brexit is the disappointment and anger that will follow if life does not get better for the millions of people who have seen their living standards fall, house prices escalate beyond reach and their connection to the UK’s headline growth slip further away. As we negotiate our exit from the European Union, we also need to look closer to home to shape a deal for the long term prosperity of the UK, its nations and neighbourhoods.

A balance will need to be struck between managing our tight public finances and investing in the physical and social infrastructure needed to achieve inclusive, sustainable growth. Health, education and skills, employment support, affordable childcare, youth and cultural services enrich our communities, enhance our resilience in the face of economic uncertainty and drive productivity and shared prosperity. This is the only deal that will respond to growing public dissatisfaction and dissent. There’s not a WTO-style back-up. No deal is not an option.