Foundations of a people's economy

For too long our national political priorities have been happy to see consumer surpluses secured with little wider consideration given to our lives as workers and citizens. There are flickers of that beginning to shift - marked by today's publication of the Taylor Review into good work. What is required is a fundamental rebalancing. 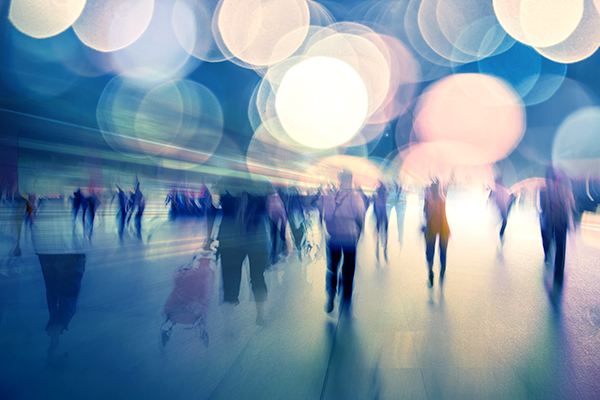 One review can't do that alone but by placing the status, lives and opportunities of workers firmly on the political agenda, one important front has been opened up. Unions and others will always want to go further and faster - and sometimes to the wrong destination such as outlawing zero hours contracts. But the big win for the Taylor Review is establishing the core principle - good work matters. The recommendations have the potential to engage not just the Government but business and unions also and that is to be welcomed.

There were always two big risks for this review - paternalism and laissez-faire. Paternalism, by outlawing certain types of contract such as zero hours, risked destroying jobs that create perfectly acceptable working lives. That takes power away from people rather than granting it to them.

I don't think that being an Uber driver is a particularly good long term prospect. But I can see that it can be exceedingly good short term opportunity, especially as a supplement to income. And, frankly, who am I to decide? The trick is to put more power in the hands of the worker and the proposed 'dependent contractor' stipulation is one means of helping with that through extended sick, holiday and minimum wage rights.

Laissez-faire fails to challenge unscrupulous practice and that means firms will not have an incentive, other than those provided by the market which are insufficiently strong, to improve the quality of work. That approach would be both damaging and a huge missed opportunity.

The review reaches towards the type of vision for the future of work outlined by German Government which sees a different relationship between the state and social partners. There is a sense in Germany too that it addressed the quantity issue but not the quality issue with its labour market and welfare reforms of the 2000s. In both the Taylor review and the German Government's Arbeiten 4.0 a modern social democratic consensus balancing freedom and security is searched for. Will the Taylor Review be published in German though?

A national mission aimed towards good work is not enough in and of itself. A modern people's economy requires two further components - inclusive growth and greater security. The first, as laid out in the RSA's Inclusive Growth Commission, requires localities to bring together an array of public services, business and civic communities to put in place greater support to help people develop better working lives. For example, massive development and coordination of local skills systems with local economic opportunity is critical.

New institutions such as local finance and place-based cooperatives will be required to create structures that sustainably support incomes and foster strong individual asset development. To achieve these ends, new embracing city leadership - political, commercial, public, civic - is required and decision making should be opened up to communities including through approaches such as participatory budgeting. Inclusive growth and good work are in some ways two sides of he same coin.

And the third component of the people's economy is greater security. UBI is critical to this. It both supports inclusive growth and good work. By putting power back into people's hands - with wider supports such as a more comprehensive skills system - they are able to make the right and best choices for them. These include entrepreneurship, caring, learning and volunteering and enables people to insist on better work. Universal Basic Income provides an individual and community bottom line. Above that line everything is individual and community surplus.

So the debate is hopefully turning - something I'll be discussing at the Northern People's Powerhouse in the context of how localities, local communities can take control. The quantity theory of employment and growth has delivered average at best quality to the former and little to the latter. There is a better way embracing both freedom and security. That is the people's economy: good work, inclusive growth, security.