On July the 4th the annual RSA Arts Day engulfed the RSA House as pupils from across the Family of Academies and invited schools from Manchester and York engaged in yet another wonderful chapter in the short history of Arts Day. This year was made extra special as we not only held Arts Day and the Arts Prize, but combined the event with the annual Pupil Design Awards as well.

After initial tea and biscuits in the Benjamin Franklin Room the schools split into 4 workshops, each one led by an art facilitator from the House of Illustration, and soon enough the students were busy learning about the art of poster making.

Each workshop had the same theme, ‘Our Creative Futures’, and the same basic layout: each student to make an individual poster and then move into a more collaborative effort to make a final large poster. This was where the instructions ended. The students were given free rein to let their imaginations run wild.

The difference in ideas from one workshop to the next was stark. We had posters on the future idea of interplanetary exploration, the future of our planet and even on the potential standards of beauty. 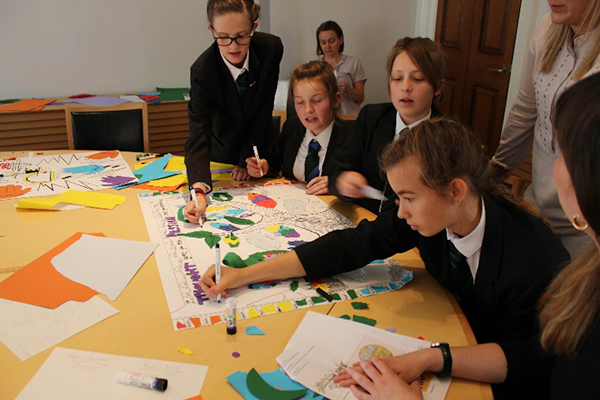 Students commented on the joy of creating something with their friends from scratch where they could go wherever their imagination took them. One teacher remarked, “I was glad there were no set guide lines and the students got to create what they wanted”.

The workshops were bisected by lunch and the opportunity for Alison Critchley, Chief Executive of RSA Academies, to offer a quick welcome to the students and staff who made their way south for the day.

After a quick bite to eat everyone eagerly returned to the workshops to begin working on the large, collaborative piece that would pull ideas from all the students ideas and distil them into an overarching piece of art.

This piece shows the work of Arrow Vale who cut out outlines of their hands to represent teamwork and the arrows to show the many directions in which working together could take them.

We also awarded the RSA Arts Prize this year and the quality of entries this year was fantastic, with many entrants framing their work giving a gallery-like feel to the occasion. We were lucky enough have Noam Sohachevsky, co-founder of Mint Digital, and Anna Ricciardi, artist and writer for the Learned Pig, join us in the afternoon to judge the student’s Arts Prize entries.

They judged the art works on the overarching theme of the day, ‘Our Creative Futures’. The entries dealt with a variety of futures, some more upbeat than others but the diversity and creativity on display made for a truly memorable competition.

In the end our judges had to whittle down to just three pieces of art, and after rigorous deliberation they chose the following as the winning admission: 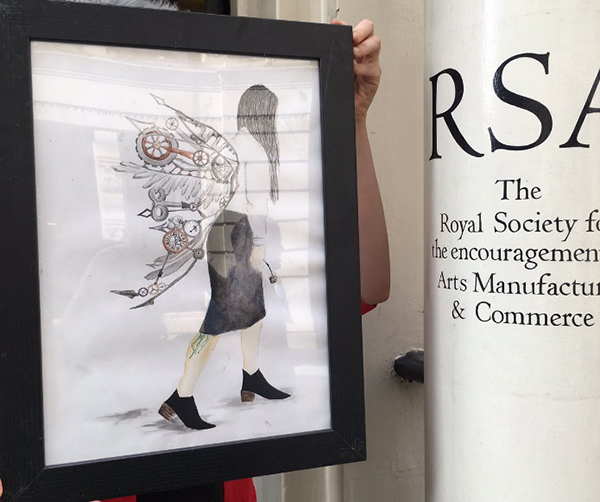 Emma from Whitley Academy won first place with her thought-provoking work on the ever encroaching role of technology in our lives. The title of Emma’s work is ‘A Flight of Fancy – Who will remember?’ (pictured in the gallery). Emma writes:

“At some point, technology will overtake all of our modern engineering triumphs. Metal cast components will be hidden away at museums as everyone can grant their wish at the press of a 3D printer. Who knows, steel mills and iron works might even become a myth…like the fairies that everyone wished for.”

The students and staff were treated to an inspiring talk from world renowned engineer and director of Atelier One, Neil Thomas RDI. Neil has been involved in some of the most impressive engineering designs of the past decade including the phenomenal Gardens by the Bay project which won World Building of the Year in 2012.

Neil continued by taking us down his own memory lane, inviting the audience to relive his childhood and witness his original spark for design. The presentation engrossed the audience in the sheer scale of work Neil has been involved in, everything from touring with the Rolling Stones to creating a giant bronze statue of a designer’s baby son. 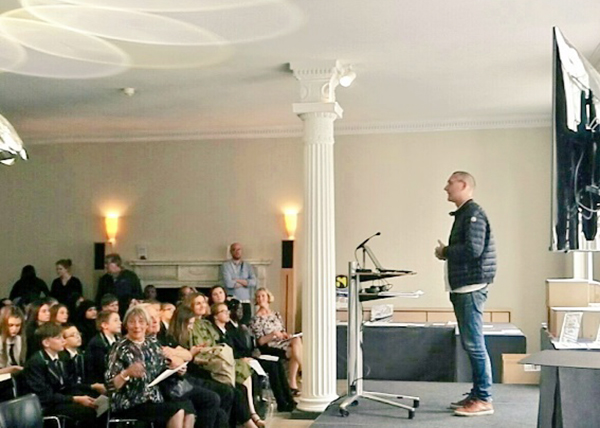 Following the prize giving for both the Arts Prize and the Pupil Design Awards there was just enough time to thank everyone for their hard work, creativity and participation in the day’s events.

We asked the students to sum up the whole day in three words and they replied in force. The top three words used were:

To know that the Students found the day not only enjoyable but also productive ties into one of the RSA Academies key aims: the have pupils who are creative have the opportunity to turn their ideas into action.

The indistinct nature of the theme, Our Creative Futures’, led to an explosion in creativity which the students really took to. One student mentioned that they enjoyed the opportunity to get in touch with their creative side and another appreciated meeting artists who had careers in design and illustration.

Connecting students with a sense that the arts can be more than a hobby is something we at the RSA Academies strive to communicate and it was fantastic to see the pupils take a real interest in the likes of Neil Thomas’ presentation, even asking him some pretty tricky questions.

As the sun set on another fantastic Arts Day we could reflect on the sheer abundance of creativity and effort put into the event. The overriding emotion was one of relief, relief that the day had gone to plan and that the students didn’t just rise to the challenge, they raised the bar for next year and many years to come.