Writer’s block: could storytelling in schools be the answer?

Following a week of exciting theatre performances based on children’s writing, Naomi Bath reflects on the value of drama-based learning in the classroom.

Writer’s block. We’ve all been there. Staring at our laptops desperately willing a good idea to come to us. If only we could get our imaginative juices flowing again by telling stories to one another…

Such was the premise of the main character, Melody, in 10 performances at the Birmingham REP Theatre last week. Melody, a fictional Hollywood writer, had ‘lost her imagination’ and was suffering from a terrible case of writer’s block; an affliction that could only be alleviated by the stories of around 1,000 children from across 10 primary schools in the West Midlands (three of which were RSA Academies). 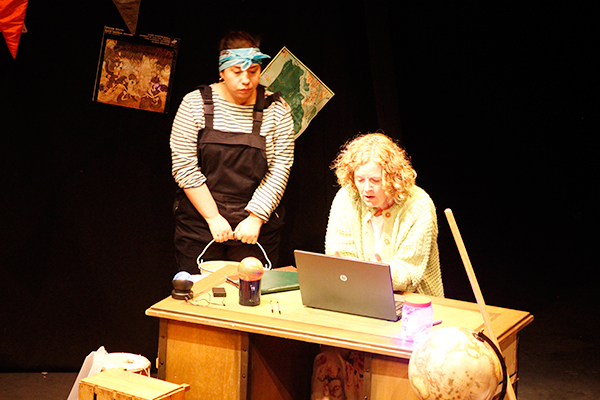 These 10 performances by actors from The Play House (based at Birmingham REP) were the culmination of a year-long project designed by the RSA and Arts Connect, funded by the Paul Hamlyn Foundation, to embed drama-based education in primary schools. The project was based on the best practice recommendations of the CUREE report, Developing Great Teaching, and DfE guidelines for CPDL. It was also informed by a growing body of research in how CPDL in drama can support improvements in literacy.

The Performing Pedagogy project established partnerships between 37 primary teachers and 10 drama specialists to build teachers’ skills and confidence in using drama and theatre in the classroom, with the aim of improving pupils’ literacy, language development, and storytelling abilities. Through workshops and CPDL training sessions with drama specialists during the academic year, teachers learnt new drama techniques and tried out peer learning strategies, including lesson study. With those same drama specialists, they planned and integrated creative drama techniques and activities in their classrooms to better engage children in story writing. Teachers have reported feeling increasingly confident using a wide range of drama techniques and that their pupils are not only more engaged in writing, but have also become more confident, independent, and creative.

Indications of these developments were very much on display in the theatre performances last week. In order to help Melody overcome her writer’s block, the children had submitted fragments of stories (expertly woven together by dramaturg Ali Belbin) to give Melody inspiration and ideas for her own writing, which were acted out in fun and adventurous ways. Personal highlights of the stories include: 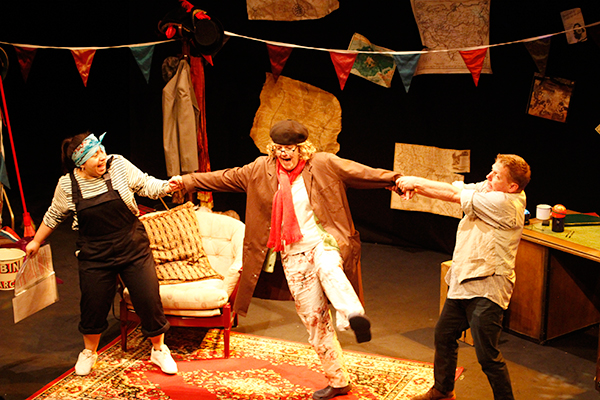 As children recognised their own work being performed on stage by professional actors, expressions of shock, joy, and even a bit of embarrassment lit up across the auditorium. One particularly memorable moment was when a child leapt from his seat and punched the air as he heard his poem read aloud verbatim.

Actors from The Play House skilfully debunked the myth that putatively ‘serious’ writing is ‘better than’ or ‘disconnected from’ creative storytelling. They easily convinced pupils that telling stories and acting them out is equally valuable – and indeed crucial in the case of relieving Melody’s writer’s block. The actors asked children in the audience which components they thought made a great story (interesting characters, a good plot, adjectives, and so on), their advice on how to engage your imagination (reading other stories for ideas, walking and exploring outside, dressing up in costume and acting out a story), and what the world would be like if we didn’t have stories (boring, lonely, a world without creativity). One pupil responded philosophically to the latter question, with “you wouldn’t have a life because your life is a story”.

Profound perspectives such as these not only make me hopeful for the next generation of storytellers, but also reaffirm the value of encouraging and empowering children to interpret and reimagine the world - a crucial step in the RSA’s mission to unleash the ‘power to create’. 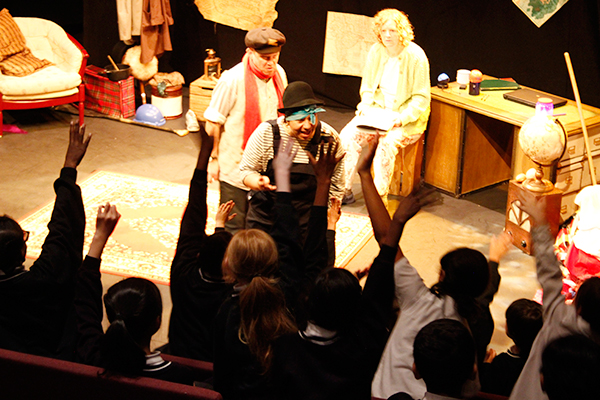 The Performing Pedagogy project will soon enter its second year, with support once again generously provided by the Paul Hamlyn Foundation.