Citizens and decision-making in post-Brexit Britain

The Citizens and Inclusive Growth research set out to feed into the burgeoning inclusive growth agenda by examining ways that citizens have participated in, and been contributors to, the pursuit of a fairer distribution of economic and social outcomes in their locality.

The final report we released at the end of July looks at inspiring examples in the UK as well as across Europe and the Americas in which citizens have been included in, and instrumental to, the processes of restructuring their local economies.

We found that strategic leaders need to accept that the involvement and active participation of the policy beneficiaries is key to the success of their inclusive growth policies. In a post-Brexit, post-election, post-Grenfell world we can see that the winds of change can no longer be tamed by a centralised hierarchical response. To be legitimate and to have a chance of success, policy needs to be created alongside the people, not handed down to them. The motto of the Leeds Poverty Truth Commission sums this up brilliantly, “Nothing about us, without us, is for us.” 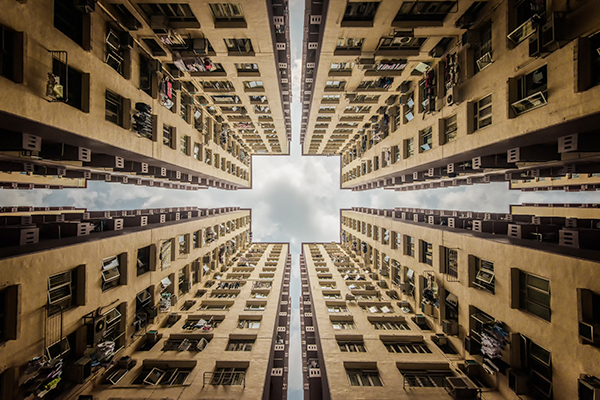 The acceptance by leaders allows for a new power dynamic to emerge based on a parity of interests between the stakeholders. From this foundation collective processes can begin that move all parties towards a place of common understanding and meaningful cooperation. For this power dynamic to be sustainable, there needs to be genuine guarantees from leaders that citizens have their hands on real levers of change. As my colleague Atif Shafique highlights in his blog, citizens’ sense of self-efficacy (their ability to genuinely influence decision-making) is absolutely key to effective citizen participation.

Our research highlighted that often we find opportunities for citizens to challenge the expert-led nature of policy-making when there has been a breakdown in the social contract. However we also found that successful efforts to embed citizen voice into economic and social policy-making requires an investment in ‘civic infrastructure’. In the current UK context we can see that there is a clamour from citizens for their voices not just to be heard, but to be listened to.

Developing civic infrastructure through opening deliberative conversations within existing community networks, utilising local channels in an attempt to secure a wide reaching conversations, alongside online campaigns to crowdsource citizen input, would go some way to putting down foundations that can be built upon that cast citizen participation as the new normal.

We need to avoid the pitfalls we have encountered in the past, tokenistic structures to share power coupled with capture by the ‘usual suspects’ have all curtailed the impact of previous citizen engagement programmes. And there-in lies the rub, often previous attempts to involve citizens have been programmes to garner citizen insight, and learnings have not been taken forward to develop citizen participation as a legitimate way in which policy should be crafted.

However, there is a huge amount of learning to be garnered from previous and current attempts to utilise citizens’ for effective policy and place-making. We have designed some key principles for purposeful citizen engagement that build on these lessons.

We argue that if citizens, civic groups and government officials look to these principles when building their plans (side by side) for a post-Brexit Britain, there is a real opportunity to galvanise the population around a future that prioritises inclusive growth.