Poor diets are a major public health challenge of our time. As Brexit will change how we eat, we need to plot a new relationship between food, farming and the countryside.

Brexit will fundamentally change how we feed ourselves and manage the countryside. Our diet in the UK is highly dependent on European produce, and the majority of UK farms are not economically viable without public subsidy, which has been the domain of the European Union since we joined in 1973. Beyond the Brexit negotiations, it is crucial that we actively shape positive outcomes as we change the way we grow food, trade, and feed ourselves in coming years.

This is a chance to become a healthier society. Poor diets are among the major public health challenges of our time. We anticipate the connections between these issues will be considered by a new independent commission on the future of food, farming and the countryside, to be launched by the RSA this autumn. 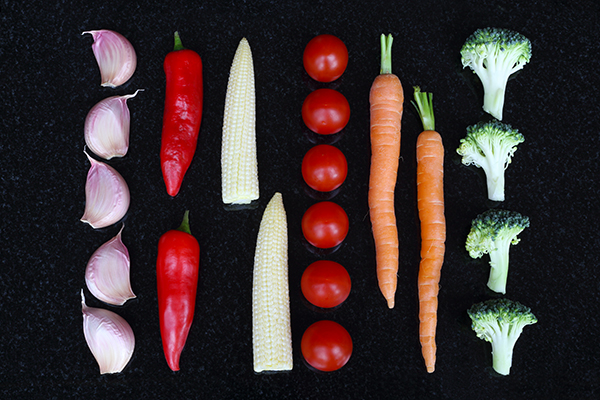 As we plan for a new era, the heritage of our relationship to food and the countryside can provide a reassuring narrative. One useful starting place is to challenge the caricatures and assumptions about the health of those who lived in Victorian Britain. Putting aside the significant impact that vastly improved infant and maternal health has mercifully had during the last 150 years, working class young adults of the 1860s had similar life expectancy to working class young adults today. Stop and think about that. (And read this article, from 2009, from which I have taken references and inspiration).

In the last 150 years we have improved prevention and treatment of many illnesses and diseases. Not just through advances in medicines and interventions, but through transformative changes in domestic sanitation, safer workplaces, and greatly reducing infectious diseases through vaccination. These triumphs have shaped the modern world. But today, as we know too well, a rising number of people suffer with a greater number of illnesses and with chronic conditions.

There are dozens of neighbourhoods in the UK where over half the working age population is too sick to work. Type 2 Diabetes is estimated to have doubled since the year 2000. Obesity now afflicts 27% of UK adults; the total growing by 1 million additional adults every 5 years.

These challenges were largely absent from mid-Victorian communities. We hail successes in reducing smoking rates: from 46% in 1974 to 18% today; but mid-Victorian men consumed tobacco occasionally rather than habitually. They also generally drank in moderation, and a higher number of individuals were teetotal than today. Women generally drank and smoked drastically less than men in Victorian Britain.

The point isn't just that mid-Victorians who survived infancy typically lived as long as the British working classes do today. The mid-Victorians were in many ways healthier during those years. Despite the dangers of work, they were much more physically active and their diet was better.

We think of the Victorian period as one of unsanitary and unsafe environments; poor living conditions leading to poor health outcomes. But this is partly because the late Victorian era has clouded our memory of the virtues of mid-Victorian lifestyles.

Overcrowding worsened significantly in the last decades of the 19th Century. In some urban districts, suffocation was the principle cause of death for infants, who slept in the single family bed. Diets also worsened in the late Victorian era. Rising incomes and improved industrial processes within agriculture, global trade and manufacturing meant that cheap canned meat became common, whereas fresh meat consumption was a Sunday treat for working class homes a generation before. Confectionary became cheap. Milk chocolate was invented. Teeth rotted. The most common age of death in the 1890s had fallen back by three years, compared to that observed in the 1860s.

Today, diet-related illnesses of rickets and malnutrition in the elderly are returning and food bank usage is increasing. Poor diets and poor health are generally more common among the poorest households (though richer households drink more). There is consensus that the social determinants of health are the prime driver of health inequalities. Childhood obesity is declining in the most affluent parts of England, but this is more than offset by larger rises in the most deprived areas. In London, the proportion of obese 11-year old children varies from 11% in Richmond, to 28% in Barking and Dagenham. In old age, where diet often worsens as activity falls, poor nutrition reduces the body's ability to repair, slow processes of decay, and withstand illness.

Diet is simply the single biggest health risk to the UK population, associated with obesity and a range of illnesses and diseases. Through burdens on the NHS and social care, poor health and old age also represent the biggest long-term challenge for public finances, according to the Office of Budget Responsibility. UK life expectancy, which rose at its fastest rate during the 1940s, has stopped rising. In the US, life expectancy is falling. The blunt conclusion is that,

'with the exception of family planning and antibiotics, the vast edifice of twentieth century healthcare has generated little more than tools to suppress symptoms of the degenerative diseases which have emerged due to our failure to maintain mid-Victorian nutritional standards'.

There are several positives to our current diet that we should hold on to. Teenagers eat their recommended five fruit and veg per day at twice the rate of the adult population (though half of teenagers – and three quarters of adults – miss out). The UK's fruit and vegetable consumption leads Europe, but European imports are crucial in this. Our international interdependencies are deep: we import 5 million eggs per day. The nature of the UK food system is complex and fragile. 1 in 70 UK adults work in agriculture, but 1 in 8 adults have a job in a food industry. And most of us could quite feasibly eat more healthily. We need to think, plan and act now to pursue a healthier national diet after Brexit. 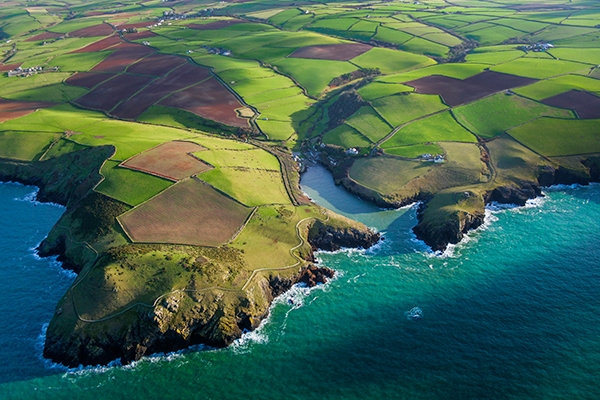 By correcting our memory of what healthy lifestyles have looked like through history, we should also revitalise our understanding of the countryside. In 1851, half of the UK population lived in the countryside – compared to 17% today. Spending active time (gardening, sport, exercise) in natural environments is clearly evidenced to improve mental and physical health, particularly for those with lower socio-economic status. Access to green space is key in reducing health inequalities, yet millions have no experience of the countryside.

A major success of the 20th Century was to make safe and nutritious food affordable, raising productivity significantly. But greater efficiency and reliability also made food systems largely invisible. A third of young adults don't know bacon comes from pigs. A counter-culture is resurgent, seeing that food can catalyse wider social movements. The connections between environment and diet are obvious – all the way from unhealthy food options on high streets to the crops we grow and animals we choose to raise on the land. The way we shape the built environment and the natural environment are essential tools in improving health. We need to treat them as such.

Achieving better health and sustainable land use by the mid-21st Century will start with a deeper understanding of the relationship between food, farming and the countryside. This is a national conversation that the new Commission will support and draw upon. Cities rely daily on vital resources – like water – that flow from rural areas, just as farms depend on selling to the urban consumer market. The countryside is home to communities that must have a voice as we navigate uncertain times. What we do as a nation with our land is of equal concern to all of us. Natural resources and the environment are ultimately all we have to sustain us.