Moving beyond the hype and counter-hype of technology

Conversations about the future of technology are almost entirely set in the wrong direction.

Professor Daron Acemoglu of MIT has described the public discourse dynamic as ‘complacency punctured by huge bouts of paranoia’. One of the great pities of the debate about Universal Basic Income (UBI) is that it has become entangled in this dialectic. It is not only the UBI discussion that is snagged but a wider and more rational consideration about a range of future policy innovations is too. Instead of making wild predictions about the future, we would be better placed asking a rather simple question: what institutions and policies would best help people take advantage of and adapt to a range of possible futures?

Modern politics is going through a centrifugal moment where the outer edges of the debate predominate. The same can be said about the debate about the impact of technology on society. Eye-catching numbers about the proportion of jobs likely to become obsolete compete with ‘we’ve seen it all before’ ennui. Hype and counter-hype muscle it out.

Disruptionists point to a moment of disjuncture. Automation, machine learning, and large scale data analytics spell a moment of disjuncture whereby even some moderately high or high-skilled occupations could struggle to compete with technology on cost and quality terms. Already, we know that there are digital capabilities that surpass ever greater numbers of humans not only physically but cognitively too. This viewpoint holds that widespread unemployment will follow which could be turned to our advantage if we redistribute the fruits of this new productivity surge. If we don’t, then social unrest will follow.

The counter-hype response is strong. This viewpoint references a history of technological change that in general, with periods of transition, created new and better forms of work instead of inducing mass unemployment. They see human and institutional barriers where the futurologists see technological possibility alone. For technology to have impact, it has to be adopted and that means individuals and companies taking decisions to use it. It’s easy to see this happening in consumer markets – an iPhone is not an enormous investment in the grand scheme of things – but uprooting your entire business model around new technological solutions is more difficult. There is more continuity than change in modern economies and change tends to be incremental and slow. Change won’t be frictionless but nor will it be catastrophic.

Counter-hype sounds like the more grounded perspective. Cultural and institutional change (including economic organisations such as businesses at the widest point of the definition) tends to be slow and incremental.  Just take autonomous vehicles as an example. It is entirely conceivable that the technology will have become superior to human drivers in terms of safety in the very near future. Function alone is not disruption.

People have to accept the vehicles, laws have to accommodate them, they have to be financed not only at the development end but the retail end too, tech security and energy infrastructure have to be transformed, ethical considerations of different types will come to the fore, insurance markets will have to be developed and so much more besides. The transition from human to augmented human (computer aided driving as we currently enjoy) to post-human driving may take far longer than tech futurists anticipate. Now think of these limitations placed on a whole range of potential technological revolutions and you can see why change might be slower than supposed by the tech futurologists.

So counter-hype has it? Not so fast. Recent research contends that industrial robots as one form of tech have had a negative impact on employment and wages. Acemoglu and Restrepo have found a negative correlation between intensity of robots in local US economies and wages and employment. The research will be scrutinised closely but it certainly suggests that we can’t be blasé about anticipated technological adoption.

As labour is displaced, it may become cheaper and so labour utilising technology may become more attractive. However, there’s another scenario. That is where technology feeds technology and technological change becomes exponential. Some machine learning technologies could conceivably have this type of characteristic. Many new and higher level types of work would appear but the labour share of the economy could decline in favour of capital. In this scenario, you best be highly skilled or your skills, say empathy or dexterity in non-uniform spaces, best not be readily replaceable. Whilst employment rates are generally holding up, median wages and the proportion of jobs in the middle have tended to decline in the last decade or two. Technological change is a prime suspect here (along with globalisation).

Too much economic analysis focusses on aggregates

There’s a second way in which the futurological hype may have a slight edge on the counter-hype. That is the nature of disruption. Counter-hype tends to see the structure of markets as fairly predictable. However, the early years of the digital age has several examples of where new firms powered by technological innovation have entirely disrupted a series of sectors. Think Uber and urban private hire. It is entirely conceivable that the pace of the disruption could pick up at scale. For example, Amazon is entering local retail.

Even if this meant little change in economic aggregates such as employment rates and wages, the turbulence could be significant. Too much economic analysis focusses on aggregates. It’s rather like being on a calm, serene flight then as you descend you catch turbulence. Economic analysis too often flies at too great a height and misses the turbulence which then catches it by surprise. The pain of adaptation and transition are felt at the particular level rather than the aggregate.

Incidentally, this is why immigration poses so many political challenges. Economic analysis shows little impact from immigration, even for low wage work (see the excellent work of Sir Stephen Nickell, for example). However, many feel the effects at a lower level of turbulence and the insecurity that comes from that spreads through social networks. It is important not to make the same mistake in a period of potential technological change as has been made in a period of migration disruption: to focus on the aggregates and miss the particulars. Those particulars are millions of people and many communities. The same is true of economic growth and productivity: aggregate growth alone is not a sufficient goal (a mistake made by political centrism for a while, arguably catalysing populism). 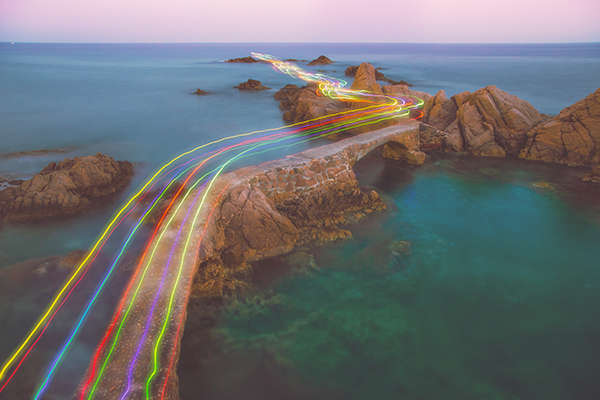 Driving the right sort of investment in technology

All this might seem like a useful but academic exercise. It is far more than that. The fear must be that amidst the hype/counter-hype cacophony important signals are muffled. We may be turned off by the more outlandish sounding aspects of futurological hype and miss the fact that we are not gaining sufficiently from technological innovation. Government needs to drive the right sort of investment in technology. The public sector especially risks missing out and that means patients, students, and citizens means on better services. The institutional and cultural blockages are enormous in the public sector - here is where counter-hype is at its strongest. There are game-changing possibilities such as a national mission to upgrade our houses with connected devices and new materials, shift our energy mix towards the hyper-local and green, and smarten up our cities’ infrastructure. Much of this could be done rapidly and at scale but if we react disdainfully to tech hype then we may miss these economic, environmental and public opportunities.

And if we are seduced by counter-hype we may miss the risks of technological change – slow and grinding or rapid and disruptive. The attraction of UBI is not that it’s a post-work intervention; it’s that it has the potential to aid adaptability. But there are a series of other institutions and interventions that will be needed such as better labour support through increasing access to advice, support and training. There is a risk that wealth will become even more concentrated as winners-take-all. A whole plethora of interventions to support asset and wealth development for the majority will be required - and tax global reservoirs of wealth that are under-utilised or overly concentrated. Should we buy into a counter-hype narrative there is a risk that political urgency is lost even with well-meaning intentions.

The future opens an array of possibilities; some we can steer and some are more difficult to. Rather than trying to predict the future and then bickering over it, we should consider a range of possibilities alongside probabilities. What are the policies that could help accelerate real benefits from technology? What are the policies that can help people adapt?

Later this month, the RSA’s Ben Dellot publishes an analysis of a range of possible impacts of technology on workers. It avoids the hype/counter-hype cycle and considers a range of possibilities and the likely necessary responses. It is right to take much of the heat out the debate. We will make better decisions if we pluck insights from both hype and counter-hype and steer towards some practical responses between and beyond them.