A place for prison reform

Campaigners love legislation. And so when, as a result of the election in June, the Prisons and Courts Bill fell and was then scrapped, there was some considerable dismay amongst prison reformers.

In particular, two key elements of the bill had been broadly welcomed. First, was the attempt to define in law the purpose of prisons to include rehabilitation and preparation for release. Second, was the changes proposed that would have strengthened the power of Her Majesty’s Inspectorate of Prisons (HMIP) and the Prisons and Probation Ombudsman. While these measures did not meet the challenge of reducing prison numbers or overcrowding, they were welcomed as sensible measures that should, by making prisons’ rehabilitative purpose explicit and increasing accountability at the centre, allow for greater autonomy locally. 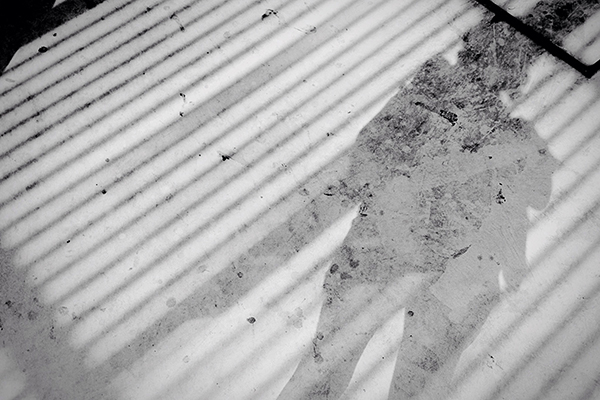 The scrapping of the Bill was the latest in a long line of changes, and added further evidence to the conclusion of the RSA’s Future Prison project that the potential impact that prisons could have on reducing reoffending and community safety can be undermined by a lack of consistent political leadership and clear purpose.

In this spirit, the current Lord Chancellor and Secretary of State for Justice, David Lidington’s article in the Evening Standard earlier this week is to be welcomed. It makes clear that some of the proposals included in the Prison Safety and Reform White Paper will still be delivered, albeit without legislation. The article includes a reference to the key-worker scheme, that is surely predicated on at least the 2,500 extra prison officers promised being in post and stemming the tide of exits from the front line. The latest MoJ workforce statistics published this week show this remains a significant challenge.

The Secretary of State also pledged that the Ministry of Justice will take the recommendations of reports made by the HMIP more seriously, setting up a new unit to ensure a “timely” response to reports and explain to the Inspectorate when they do not accept recommendations. While this is welcome, the aim must be for the unit to be able to generate local work with prison that provides the support and resources needed to implement recommendations as well as respond to issues that arise between inspections.

The RSA hopes that as part of strengthening the HMIP role, greater emphasis will be placed on leadership and culture. As David Lidington stressed, alongside technical help – drug detection dogs, more CCTV and mobile phone detectors – a hugely important factor is the extent to which prison officers are able to develop positive relationships, are well-trained and motivated. This is about numbers but it is also about recognising that the most important relationships people have when in prison – aside from loved ones – is with the officers on the wings. He was right to say that too few prisoners get the training and education that enable them to progress towards a more positive future, making it clear that his first priority is to improve safety and security, and then press ahead with prison reform.

But the other – more complex story – is that for a range of reasons not all prisons are facing the same issues. Some prisons have been able to drive forward the reform agenda, embracing the government’s emphasis on greater local freedoms (even when, as the RSA’s work on the New Futures Network showed, they did not always feel clear about what is expected or are fully supported in doing this). So yes, as my colleague, Rachel O’Brien argued last week, we need both stability and reform, but we also need place-based approaches and a centre able to respond to different population and varying needs.

That Lidington’s article was published in London’s Evening Standard is important in itself. Of the 10 prisons in the London and Thames Valley group, four have been given the worst rating of “serious concern” in the annual performance ratings, including HMP Pentonville that is referenced in the piece. Even the very best of governors can struggle to contend with a toxic mix of overcrowding, poor quality buildings, gang problems and staff recruitment issues that make the capital’s prisons particularly difficult to run. Other areas have different challenges, such as high unemployment or availability of wider public services.

In terms of employment, London prisons are already doing some of this work. The issue facing prisons in the capital is not so much one of demand as supply; having the capacity, capabilities and processes in place to respond to the opportunities arising from the skills and labour needs in a large, diverse market. It is possible that these opportunities will grow in the wake of Brexit. This raises the question of what ‘New Futures Network London’ might look like. How could it build on the excellent work already being done working with organisations such as Bounce Back and LandSec while being cognisant of the particular challenges that face London prisons? In London this would mean working closely with the London Economic Action Partnership (LEAP), the Mayor’s Office for Policing and Crime, skills leads, further education colleges and others.

The most obvious, and frustrating, example of one size fits all centralised decision-making is that of release on temporary licence (ROTL). A small number of high-profile incidents led to the rules on ROTL being significantly tightened in 2014, making it much harder since for prisons to enable people to work outside and get much needed experience of work, rebuilding their connections to the outside world. In the short term, the return of ROTL may be difficult in some areas but where there is stability and where there are existing good relationships with employers, the numbers of people allowed out on ROTL must be increased. Some areas may take more time to get to this stage but the problems facing the most difficult prisons should not hold back progress in all of the other establishments and governors are best able to know what is right locally.

The reform agenda needs to take these differences into account. The RSA has argued in favour of greater devolution, with far more decisions made at the local level by governors. We believe that the New Futures Network – with the right leadership, governance and resources in place – can play a role in providing an opportunity to properly take into account the local and regional differences in what is otherwise a highly centralised system. Developing a model that is clearly non-partisan would help assure key stakeholders it is there for as long as it is needed.

To give the last word to the Secretary of State: “The vast majority of prisoners will at some point leave jail and rejoin our communities, which is why what happens inside matters to us all.” While the government, whether through legislation or not, has set out its plan for reform, the architects that will drive this forward will be local prison leaders, officers and staff and local communities including employers, volunteers, families and concerned citizens.