Robots may well pose an existential threat. But we are lost without them.

Warnings about autonomous weapons must be heeded. But nor should we become paralysed by an unhealthy scepticism of AI and robotics. From tackling climate change to aiding drug discovery to caring for an ageing population, the reality is that our survival depends on this technology.

When Silicon Valley billionaires speak, people undoubtedly listen. And so it was last week when Elon Musk warned that robots posed an existential threat to mankind. Along with 115 other experts, the chief of Tesla called for an outright ban on the use of autonomous weapons in warfare. “Once this Pandora’s Box is opened”, the signatories wrote, “it will be hard to close”.

Musk and co are right to take a stand. Yet they are not the only ones to caution against new machines. Alongside robots that kill and maim, there are growing concerns that robots will invade our privacy, throw us out of jobs, undermine our elections, deny us access to services like insurance and mortgages, and expose our institutions to cyberattacks.

These are not imaginary threats. Last year, AI was almost certainly used to influence voter behaviour in both the EU referendum and US election campaigns. The year before that, a US investigation revealed that algorithms used in criminal courts were falsely flagging black defendants as future criminals. In the workplace, AI is being used by many companies to monitor staff performance to an intrusive degree.

Little wonder, then, that a survey undertaken by the British Science Association found a high level of trepidation among the British public about this technology. 36 percent of those polled believe the development of AI and robotics poses a threat to the long-term survival of humanity, while 60 percent think they will lead to fewer jobs in the next ten years. 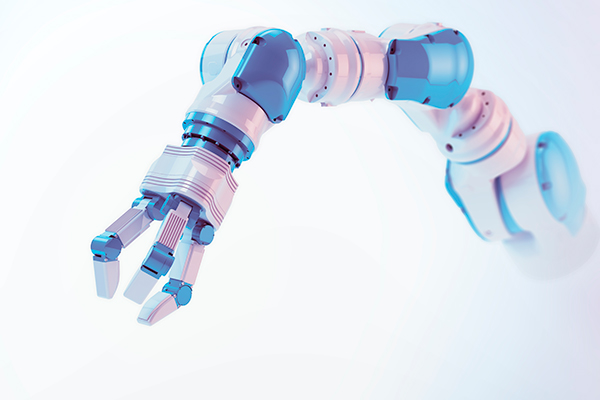 The promise of AI and robotics

It would be foolish to dismiss these fears as irrational or the mark of a neo-Luddite. However, there is a danger that the debate about AI and robotics is becoming too dominated by fearmongering. While it is inevitable the media will pay more attention to the sensational and the life-threatening, rarely do we hear about the promise and potential of a new machine age for tackling society’s greatest ills.

Take social care. A third of all people born today will reach the age of 100, and by 2040 one in seven Brits will be over the age of 75. This ageing population will put an enormous strain on our social care system, one that is already buckling under staff shortages and funding cuts. At any one time there are 90,000 vacancies for social care roles in England alone, while 340,000 staff leave their job every year.

Could we cope in twenty years’ time without the help of technology? Innovate UK don’t believe so, which is why they’ve invested in a new robotics project called CHIRON. Run by a consortia of firms including Three Sisters Care in London, the aim is to develop robotic systems that can help overburdened care workers with physical tasks such as lifting patients, fetching items and cooking meals – possibly necessitating only one worker per home visit instead of two.

Or look at drug discovery. Since the beginning of the 20th century, society has benefited from a steady stream of innovations in medicine – from immunisations against once debilitating diseases such as polio and typhoid, to modern treatments for cancer and HIV. But in the past two decades this stream has become ever thinner. The average cost of getting new medicine to market has more than doubled in the last decade to $2.6bn.

Again, robotics and AI are part of the answer. Recursion is a US-based startup that uses automated microscopes and image recognition software to rapidly inspect the impact of more than 2,000 compounds on unhealthy cells. Already the team have identified 15 potential treatments for rare conditions. Elsewhere, GlaxoSmithKline hopes its investment in AI will cut drug development time down to a single year, from an average of 5.5 years today.

Then there is agriculture and food security. The world’s population is expected to grow from 7.5 billion today to 8.4 billion by the mid-2030s, and then on to 9.6 billion by the mid-2050s. You don’t need to subscribe to Malthusian economics to appreciate the strain this will put on water and food supplies. The UN estimates that global food production will need to rise by 70 percent by 2050, amounting to 1 billion more tonnes of wheat, rice and other cereals.

Meeting this target will be impossible without deploying new machines. Israeli digital farming company Propsera uses a combination of cameras and machine learning algorithms to notify farmers when diseases like blight are beginning to take hold of their crops, allowing them to intervene earlier and with the correct pesticides. Robots are also being deployed in fields to pinpoint where weeds lie and spray the right dosage of herbicide. One robot can reportedly reduce the use of chemicals by 90 percent.

And of course, there is the mother of all existential threats: climate change. The roll call of facts and figures will be familiar, but it is worth reiterating the devastating consequences of global warming. The IPCC say a 1.5c rise in temperature could put 20-30 percent of species at risk of extinction. A 2c rise would make parts of the Persian Gulf and South West Asia almost uninhabitable. In parts of Africa, corn yields could be cut in half, with untold political and migratory upheaval.

The scale of the climate change challenge is too great for any single technology to solve. Yet AI and robotics are already throwing up solutions. AI startup DeepMind is exploring whether algorithms can anticipate energy demand and supply, and earlier this year said it was in talks with the National Grid about how it might reduce energy usage. The promise is of huge reductions in CO2 emissions.

AI and robotics are also powering research efforts, including with algorithms that can predict extreme weather events. In the US, deep learning approaches have been used by the National Energy Research Computing Centre to predict threatening climate events with 80 to 90 percent accuracy. Applications like these won’t prevent climate change, but they will help countries prepare for major catastrophes such as flooding, hurricanes and drought.

None of this is to deny that new machines will cause humanity problems – whether it’s autonomous weapons that run astray, robots that displace humans from the workplace, or algorithms that threaten free and fair elections. Indeed, an upcoming RSA report on automation will highlight the multiple risks of embracing AI and robotics unreservedly: rising economic inequality, deeper geographic divisions, and more entrenched demographic biases. Yet in no way are such outcomes guaranteed.

In the frenzy of commentary surrounding new technology we often forget that it does not arrive out of nowhere, but is developed by and for humans to be marshalled as society sees fit. And this includes being used to combat our biggest challenges. The robot apocalypse may not be upon us just yet, but a few simmering catastrophes certainly are: a climate warming to irreversible levels, a social and health care system buckling under an ageing population, food and farming supply chains that are overstretched, and drug discoveries ebbing away.

So here’s a choice: fret about the technology from a distance and react only when problems arise. Or actively embrace the new machine age and steer it to work in our favour. I’d say the decision is rather obvious.