8 key takeaways from our new report on AI, robotics and automation

This week the RSA publishes a new report looking at the potential impact of artificial intelligence and robotics on the workforce. What are these technologies? Will they lead to the mass automation of jobs? How are employers making use of them? And how can society prepare for a new machine age, in whatever form it comes? Here are 8 key takeaways from the study. 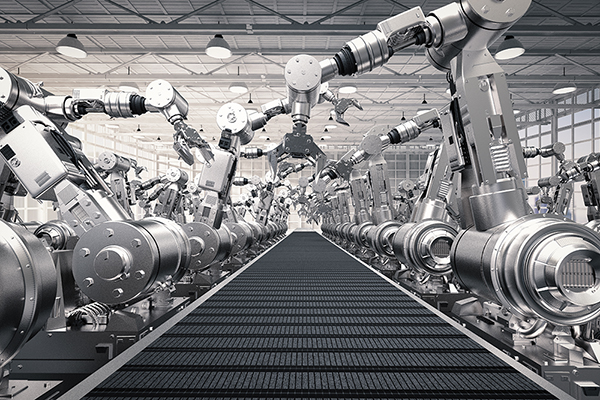 Machines are challenging human supremacy in a growing number of fields. AI can now identify cancers more accurately than trained pathologists, algorithms can detect fraudulent financial transactions in a matter of milliseconds, and robotic systems are picking and packing goods with increasing precision in warehouses up and down the country. Every month brings another breakthrough.

Will these machines lead to the decimation of our labour market? It is almost four years since the University of Oxford predicted that 35 percent of UK roles could be made obsolete by new technologies, yet fears of automation have only become more acute. Our new report questions whether these concerns are justified, drawing on a combination of fresh analysis of government datasets, a survey of UK business leaders, and interviews with employers from across different industries.

Here are the key findings:

It is often assumed that AI and robotics are new technologies. Yet both have their origins in the early to mid-part of the 20th century. Artificial intelligence was formally conceived as a research field at an academic convention in 1956, while the first articulated robot appeared in a General Motors factory in 1961. It is only relatively recently, however, that these technologies have begun living up to the expectations set by their early pioneers, thanks in large part to exponentially rising computer power, mammoth amounts of data on which to train, and new approaches to programming. The advent of machine learning and deep learning techniques has been transformative in ratcheting up the power of AI. Thanks to these developments, machines can now write basic news articles for media outlets, undertake case research for legal firms, trade stocks and shares on financial markets and carry out facial recognition on photos and video footage. The hype surrounding these technologies is justified.

It is common to hear experts and economic pundits predict that AI and robotics will decimate swathes of jobs, but there are several reasons to be wary of such claims. Despite impressive advances in machine capability, many tasks remain outside their scope, particularly those demanding manual dexterity and deeper forms of creativity and communication. Moreover, automation tends to be task-based rather than job-based, allowing workers to pivot into new roles should machines encroach on their turf. There are also macro effects to consider. While it is easy to overstate the dynamics of creative destruction, new jobs will undoubtedly be formed just as others peter out. The number of programmers in the UK has grown by 40 percent since 2011, while the ranks of IT directors have doubled over the same period. More subtly, rising productivity caused by new machines could lead to a lowering of prices, thereby freeing consumers to divert their demand elsewhere in the economy. Our RSA/YouGov poll found that business leaders on average believe 15 percent of jobs in their organisation could be automated in the next 10 years, but over a fifth predict zero automation. 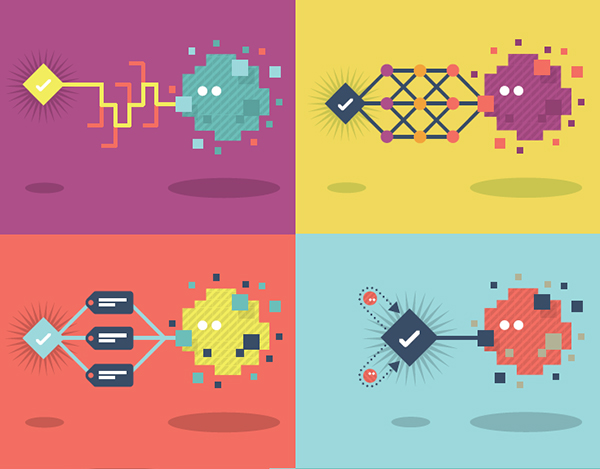 Most studies on automation indicate that low-skilled and low-paid workers will bear the biggest brunt of disruption. Deloitte estimate that UK jobs paying less than £30,000 are five times more vulnerable to displacement than jobs paying £100,000 or more. Yet the vulnerability of workers to automation will vary significantly by industry. Our RSA/YouGov poll reveals that 15 percent of business leaders in retail and 21 percent in transport and distribution see high potential for automation in their organisation (defined as more than 30 percent of jobs at risk). The picture is markedly different for sectors bound up in the provision of experiences and person-to-person interaction. Just 4 percent of business leaders in hospitality and leisure, 2 percent in medical and health services, and 3 percent in education see the scope for high automation among their workforce. Jobs in these sectors require competencies that are currently very difficult for machines to replicate, such as empathising, forming authentic relationships and communicating in open ended dialogue. For now, care workers, teaching assistants and therapists have little to fear from machines.

While AI and robotics may not result in the widespread loss of jobs, they will overhaul occupations and transform our working lives. In the report we point to four key ‘dimensions of automation’ beyond the impact on job numbers: recruitment, pay, worker experience and consumer power. In each of these areas, AI and robotics can be applied for better or worse. New machines could be used to de-skill jobs, strip workers of their bargaining power, put downward pressure on wages, amplify monitoring and standardisation of work, and bake biases into recruitment. Yet the same technology could equally raise productivity, open up the door to higher wages, phase out mundane work in favour of more intellectually stimulating vocations, and create a level playing field in terms of recruitment. In virtually every occupation we can find technologies that complement rather than compete with workers – from robotic systems that support overburdened care workers to lift patients, to algorithms that enable doctors to recommend more appropriate treatments, to chatbots that provide call centre workers with partially automated responses to speed up customer support.

The impact of AI and robotics on workers will be largely determined by the choices we make as investors, employers, educators, consumers and policymakers. Yet these choices will be irrelevant unless the UK accelerates its take up of AI and robotics. Our RSA/YouGov poll of UK business leaders finds that just 14 percent are currently investing in this technology or plan to in the near future. 20 percent want to invest but say it will take a significant amount of time to do so, while 39 percent believe the technology is too costly or not yet proven. Data from other sources indicates a similar picture. The International Federation of Robotics shows that sales of industrial robots fell in the period between 2014 and 2015, with the UK purchasing fewer robots than France, the US, Germany, Spain and Italy. While this may reflect our different sectoral make-up, UK businesses and public services as a whole suffer from stubbornly low rates of investment. Data from the World Bank shows the proportion of UK GDP accounted for by gross fixed capital formation (a measure of investment) has fallen by 7 percentage points since 1990. 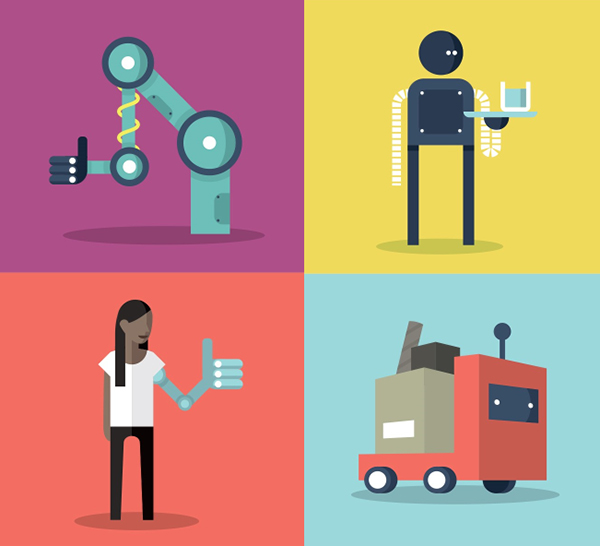 Some may view the slow diffusion of AI and robotics as a welcome reprieve. It will give society time to adjust. Workers can keep hold of their jobs for longer. There will be less need to retrain and shift careers. Business can carry on as usual. Yet it is worth reminding ourselves what business as usual means. While work is plentiful, the bulk of it is low-skilled and low-paid, and our productivity levels are in the doldrums. On average, UK workers are 35 percent less productive than their counterparts in Germany and 9 percent less than Italian workers. Sluggish productivity growth has in turn been felt in stagnant wages, with real median wages still far below their pre-crisis levels. The central argument of this report is that the deployment of AI and robotics could help the UK forge a path towards a better world of work – one that sustains and improves living standards. Most of the business leaders who took part in our survey agreed with this sentiment, with 43 percent saying that new technologies will lead to incremental automation and greater prosperity in the long run.

While in the report we highlight the promise of a new machine age, we also caution that embracing technology unreservedly could exacerbate economic, geographic and demographic inequalities. AI and robotics if deployed on a large scale would result in both losers and winners. The challenge, then, is to accelerate the adoption of this technology but in a way that delivers automation on our own terms. This will require interventions across the technology lifecycle – from the point at which machines are conceived to the time they are deployed in the workplace. Among our recommendations are for the government to establish a National Centre for AI and Robotics that would spur greater take-up of innovations, and to create personal training accounts that would aid lifelong learning and career changes. Outside of government, we call upon employers to co-create automation strategies with their workforce, for investors to direct more funding to benevolent technologies, and for the tech community to take a lead on drafting and signing up to ethical frameworks. A common message we return to time and again is that we do have choices as a society over how we marshal technology.

#8 – Who owns the machines will become an increasingly important question

Most importantly, we need to begin a conversation about who owns the machines and how to distribute their proceeds more widely. While for most of human history our problems have revolved around issues of material scarcity, the new machine age promises to bring about an era of unprecedented abundance – more than enough to meet everyone’s needs. The question is whether we have the political courage and conviction to share the wealth wisely. A publically owned sovereign wealth fund could be set up to invest in company assets and emerging technologies, and channel dividends to every citizen in the form of a technological inheritance (or universal basic dividend). Less radical but no less important, the government and business groups could take steps to expand the employee ownership and profit sharing movements, where workers have a direct stake in companies and by extension the machines they are investing in. This also means championing cooperatives where workers fully own and manage their organisations on a one-person, one-vote basis.