Millennials and the end of the property ladder paradigm

Millennials are people who have entered adulthood since the year 2000. In the UK, we have grown up in a culture dominated by the idea that a home is a financial asset you should aspire to own, and the key to a secure adult life. This paradigm has been reinforced by all major political parties since the 1980s, the media, and by advice from older generations who have profited from property ownership. 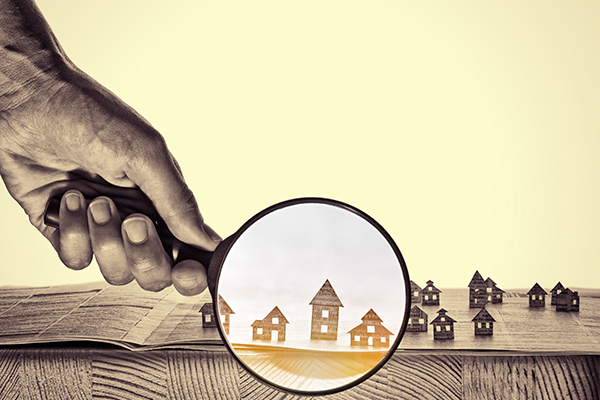 Today, a Conservative Prime Minister announced an additional £2 billion to fund ‘a new generation of council houses’. It is no exaggeration to say this marks a monumental shift in the government’s approach to affordable housing. In the closing speech of the Conservative party conference, Theresa May’s emphasis on ‘getting the government back into the business of building houses’ follows earlier policy announcements to assure the quality of private rental tenancies. This reflects a recognition that the market is failing to deliver secure housing for many people.

As more people feel less secure in their housing, our politics of housing is shifting. The government appears to be listening and they should be given credit for that; but today’s policies could have been included in the government’s housing white paper in February; or in the manifesto before the June General Election; or before the Grenfell Tower disaster focused attention on the inequities of how secure people feel in their homes.

For the many who face multiple disadvantages in life, and for whom home ownership is not a viable option, the security of a social tenancy is paramount. Last week the London Assembly published a new report on the issue of hidden homelessness in London: people who are homeless, but do not show up in official statistics as they do not access, and are frequently not eligible for, homelessness support services, and often not sleeping on the streets.

The hidden homeless sofa-surf with friends or family, live in squats or find other kinds of precarious and temporary solutions to their situation. The report estimates the scale of hidden homeless at 12,500 individuals each night: 13 times the number sleeping rough. Across the UK, 1 in 10 people experience hidden homelessness each year, rising to 1 in 5 for those between the ages of 16 to 25. Young people who identify as LGBT+, people fleeing abuse, women, ex-service people and asylum seekers are also at particular risk.

Like a number of young people, I have personal experience of the insecurity of hidden homelessness resulting from a family breakdown. In 2005, this caused me to narrowly miss the A-Level grades I needed for my place at University , so I went on to re-sit my exams while working in retail, all while moving around between staying with my partner of the time, family friends, my own friends, and their friends.

I was lucky to secure a way out of my situation in the form of a place at University and the associated loans and accommodation that comes with it. But for those without that option, a lack of security and sense of indebtedness towards those who provide any kind of help is a combination which can make young people particularly vulnerable.

In my 18 months of hidden homelessness I was given a place to stay by some generous and supportive people and never came to experience the extreme, but prevalent, cases of exploitation, assault or abuse highlighted in the London Assembly report. However, I did carry out unpaid or underpaid work for a minority of the people I stayed with, and on a couple of occasions was on the receiving end of inappropriate advances. At the time, I took this as par for the course and was not overly concerned by either of these things, but on reflection it is easy to see how young people can accept a subtly exploitative dynamic as part of their situation, and how for many this runs the risk of leading to much more extreme situations.

Indeed, a BBC investigation earlier this year on the exponential rise of ‘sex-for-rent’ arrangements advertised by landlords on sites such as Gumtree and Craigslist highlights how certain dynamics are becoming more widespread and formalised in exploitative agreements between individuals with financial security and housing assets, and people who lack both of these advantages.

More council housebuilding, with secure social rented tenancies, is welcome, but social housing is just one element of our housing system. Indeed, social housing registers have shrunk by 600,000 since 2011 – not because this many people have been housed, but because eligibility criteria have been tightened. Where are those people now? They are probably neither home-owners nor among the rising numbers of street homeless. The RSA’s work last year provided a set of potential responses to London’s temporary accommodation crisis. Now, the insecurities of hidden homelessness need to be brought to light too.

Perhaps predictably, Theresa May also spoke today about ‘reigniting home ownership in Britain’. Through schemes such as Help to Buy, which have been shown to push house prices higher and help a minority to become home owners at the expense of the majority, the government fails to recognise that the property ladder as it currently functions is never going to reach everyone. For the next few years, most millennials won’t end up in council-built homes or as home owners, but many will remain hidden homeless and insecure renters.

Fundamentally, current and future governments face the challenge that across society the majority of adults (but not the majority of young people) are literally invested in, and indebted to, property. Therefore housing will become even more politicised, and we will need a wealth of approaches to create a new paradigm, alongside a broader cultural concept of wealth than bricks and mortar.

Special thanks to Jonathan Schifferes for his input during the development of this blog.