The RSA has been working with six NHS new care model 'vanguards' across England to spread effective ways of mobilising people to improve public health. Greater Manchester's unique opportunity through the devolution of health and social care budgets means that our partner project in Stockport, Oldham and Tameside has the opportunity to invest in 'regenerative' public services that could provide a blueprint for preventative health programmes across health and social care.

In a recent article, RSA colleagues Jonathan Schifferes and Jack Robson outlined ‘the politics of public services’ where they describe how public services are framed into three types of provision:

As they state, “regenerative public services are where we look to the public sector to enable activity that improves the fundamental capacity of society at many scales, including local communities”.

This also reflects the health and care needs of communities which also roughly split into the following three groups:

In Greater Manchester, a longstanding culture of collaboration and an unprecedented decentralisation of health powers through the city region’s devolution deal provides opportunities to utilise the strengths of all three types of provision, and forge a new approach which builds trust in public institutions and more effectively supports the needs of these three groups.

When he launched NHS England’s Five Year Forward View, NHS chief Simon Stevens spoke about the “renewable energy represented by patients and communities”. This regenerative potential is at the heart of our Health as a Social Movement programme’s approach, of which the Stockport Together project is part.

Stockport Together is one of the 50 NHS ‘vanguard’ sites, which are intended to pilot how to make the ambitions laid out in the Five Year Forward View a reality. The project is working collaboratively not only in Stockport itself, but also in Tameside and Oldham, to share and scale-up new interventions and approaches to sustaining investment in preventative health services.

This is in large part a recognition that a savings-driven overemphasis on reactive, acute health services, at the expense of preventative care, overlooks the fact that both are sorely needed to tackle the substantial, systemic health and care challenges in places such as Greater Manchester.

Indeed the need for ‘regenerative’ public services is underlined by the jarring health inequalities that exist in Greater Manchester. This is a region where two thirds of deaths are caused by lifestyle diseases associated with issues such as smoking, alcohol or poor diet. Shockingly, although both parts of the same city, there is a 14 year life expectancy gap between someone born in affluent Cheadle Hulme than someone from the poorer area of Moss Side. In Bury and Oldham, overall life expectancy actually went down between 2011 and 2014. There is also, as in many cities, a significant minority of patients with complex care needs, with local officials citing that roughly 20% of the population require 80% of local health and care resources.

The RSA has been working with RSA Fellows Carey Bamber and Steve Goslyn who are experienced community development workers and make up the social movement team for the Stockport, Oldham and Tameside. Most strikingly for a traditionally centralised, top-down health system, Carey and Steve have been leading by example by handing control of health spending decisions to the communities who will use the services. This is being done by working with Action Together, the local third sector infrastructure organisation, in order to allocate small grant ‘Sparks’ funding directly to 47 organisations. 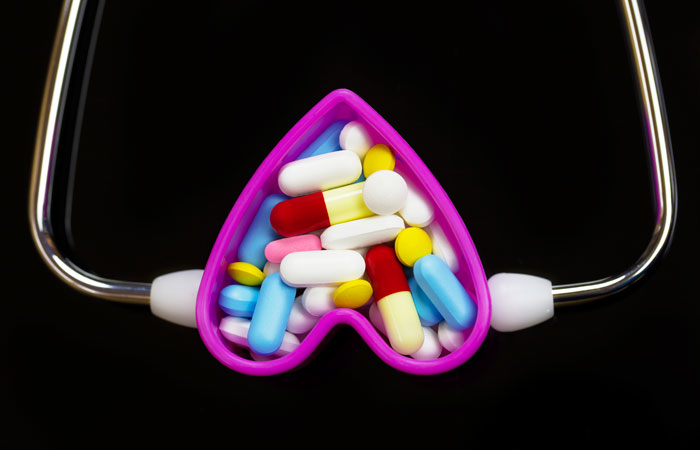 Much of this work is possible because of a significant understanding of placed-based health and the importance of psycho-social micro-geographies. In our sites visits NHS managers told us that through asset based community development techniques they have identified that place such as Oldham have as many as 114 psycho-social geographies that communities recognise.

Understanding what these local geographies are, and what they mean to people, is key, but just as important to the success of the Stockport, Oldham and Tameside project is the tangible willingness to work across geographical boundaries.

St John’s church in Hurst, Tameside received a small grant through the project and is using this to work towards becoming a hub for the local community, with a focus on young families and older people who live alone.

They have set up open door drop-in services (including listening and bereavement support), which have attracted a range of people, many of whom have not visited the site before or have additional needs, ranging from caring responsibilities to social isolation and the need for stimulating activities. Some have received additional support with household tasks or emotional needs following bereavement or family issues.

Others have got involved with the St John’s craft group, or called for other activities such as a film club, bingo and form-filling assistance to be made available. Many of the people who started off accessing these drop-in services have gone on to become volunteers, such as a young person who now helps in the kitchen. This has boosted self-esteem, skills and confidence for people with a range of physical and social needs.

The activities put in place as a result of the small grant have attracted attention from other churches who have visited the site to observe, with a view to applying this successful approach elsewhere.

Live Well Make Art started as a gathering of artists, producers, academics, administrators, and health professionals in 2015. They were interested in what it would look like if the arts and health sectors worked together, and were allocated a small grant to explore this in practice.

The starting project was #100Moments, which was led by Cartwheel Arts and highlighted arts and community activity taking place across Greater Manchester by showcasing their work through submissions of ‘moments’ which have been collated and shared online.

Live Well Make Art – written further about in this RSA blog - is now hoping to build on all of this as part of Greater Manchester’s Great Place Scheme. This is a Heritage Lottery and Arts Council funded pilot scheme supporting cultural organisations to work with organisations in other sectors such as health, in order to better meet social and economic needs in their areas.

These collaborative approaches have a long history in the Greater Manchester area. Before Sustainability and Transformation Plans or the vanguard programme laid out new directions for the future of NHS services, health leaders in Greater Manchester had been establishing an evidence base around social models of healthcare for several years. They had built connections with local authorities, service users and commissioners, and reflected on valuable insights such as how social prescribing can reduce GP visits by 11% and A&E admissions by up to 17%.

Indeed, the fact two sites within Greater Manchester were granted vanguard status and Health as a Social Movement projects[1] is an indication of the potential for the work taking place in the region to inform change across the country.

Key to much of the work being done is the £7.5 billon joint health and social care budget devolved to Greater Manchester in April 2016, and local leaders have also told us how the work of the Health as a Social Movement programme’s 6 projects across England has helped them advocate better for ‘regenerative’ service provision.

An important lesson emerging from the work taking place across Stockport, Oldham and Tameside is that while up-front investment is important, collaboration between services, communities and citizens is critical to its success.

Greater Manchester is showing how integrating this into the status quo boosts trust from central government as well as local communities in a way that enables health services to really “do things differently”.

Go to the GM Cancer Vanguard website to find out more about their bid to recruit thousands of cancer ‘champions’ across the region.