Inequality exists in the countryside too

There are around 9.3 million rural citizens in the UK, compared to London’s population of 8.8 million. Rural areas are crucial to the prosperity and wellbeing of our nation as a whole, and it is unimaginable that the needs of people living in them would be so easily overlooked if they were not geographically dispersed. 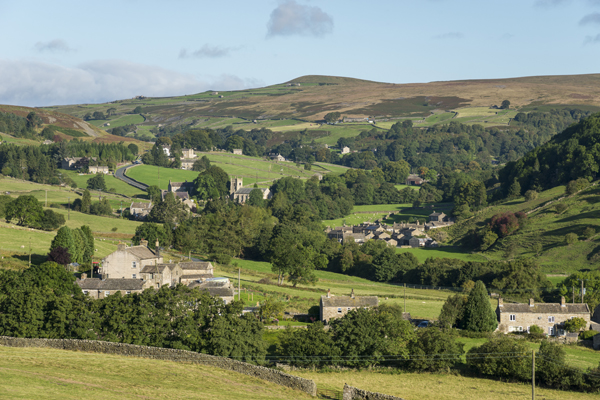 Rural areas are where we source most of our food, clean water, clean air and sustainable energy - the very basics we need to live. They provide the green space which is essential to general health and wellbeing, and these spaces and landscapes have shaped our culture and our complex, often contested, notions of national identity. However, the State of the Nation report published this week by the Social Mobility Commission has highlighted that spiralling inequality in the UK is resulting in rural areas, alongside coastal towns and former industrial areas, being at particular risk of being “left behind economically and hollowed out socially”.

Whether you are a twenty-something working with no job security in the gig-economy in London, a social worker in Oldham who has seen their workload rise and income fall, or a dairy farmer in Pembrokeshire operating at a loss, it is clear that we are living through a period of time characterised by growing disaffection with how our society and economy functions, and pervasive uncertainty about what the future holds.

Increasingly, there is a sense that this uncertain future it is unlikely to be better than the past: that many young people will find it harder to build upon the achievements and quality of life of their parents and grandparents.

While post-industrialisation in the UK and the globalisation of the world economy have brought prosperity to some, these benefits have not been evenly distributed. In contrast, the accompanying social and economic restructuring has affected everyone. The impacts of this restructuring may play out differently in a rural Welsh village compared to a post-industrial town in Northern England, but they are just as keenly felt in both. These lived experiences are varied and complex, but the ways in which people’s working lives, home lives and communities have been affected often run counter to narratives about the benefits of trickle-down economics and the prosperity created by market mechanisms. Since 2008, these narratives have lost some of their legitimacy, but they continue to dominate policy.

At the RSA, our Inclusive Growth Commission outlined a framework for places to ensure a fairer society and economy. In an era of devolution deals and new Combined Authorities primarily focused on urban areas, there has been a tendency to frame discussions about growing inequality and social disaffection in urban contexts.

Most rural areas have not participated in discussions about devolving the powers and responsibilities of central government. This has resulted in a failure to address challenges particular to rural places, or to consider the implications of policies or public service delivery models in these areas.

Delivering public services to a population which is aging fast and geographically dispersed is particularly challenging for councils and the NHS. And rural incomes are around 19% lower than urban ones, while rural citizens need to spend 10-20% more to cover everyday expenses.

At the same time, many small rural towns and villages have lost the amenities which bring people together and help sustain a sense of community. Even relatively small villages used to have pubs, shops, post offices, schools and regular public transport, while larger ones often had banks and libraries too. Now many of these have disappeared – in 2015-16 600 banks were closed across the UK, with rural areas the worst hit. Tellingly, the once-influential Campaign for Community Banking Services closed down last year, with the group’s founder claiming that there was no hope of preventing closures.

However, in the context of these challenges, there is a higher rate of third sector and community volunteering in rural areas than in large towns and cities. There is a rural culture of self-sufficiency in tackling day-to-day setbacks: if a resident in a remote village drives their car into a ditch, they are unlikely to call their insurance company; instead they pop down the road to their nearest farmer and ask for a tractor tow. This same culture is often also behind many rural communities setting up social enterprises to run their village shops, and local groups taking over their village libraries rather than see them close.

Community business models are growing in popularity, and colleagues here at the RSA are involved in important work looking at how these approaches can unlock the potential in communities to tackle complex social challenges. These actions can help build a sense of community and strengthen individuals’ capabilities, and at the RSA we also advocate strongly for public services to be more open to citizen collaboration and participation in these kind of ways. But it is important that communities are involved in the design and delivery of services in the right way, and for the right reasons.

If not, there is a risk that the retrenchment of public and private services accelerates, and rather than being a positive, long term solution, transferring unsustainable services to communities becomes a means by which to distance local and national decision-makers from the responsibility of closing them down themselves.

In addition to all of this, Brexit will result in the loss of billions of pounds of EU funding which largely goes to the poorer and more rural parts of the UK, while at the same time there is a growing awareness that for the key rural industry of agriculture, increasing UK farmers’ ability to grow and produce more of our food is a national priority, as we face a future with little certainty about trade deals, tariffs and food quality standards.

These are all daunting challenges, but they are now shining a light on rural issues which have been overlooked for a long time. Strong support for Brexit in the countryside was a defiant howl of protest to the powers that be, but the referendum was a blunt mechanism. At this stage it is far from clear if, and how, Brexit will result in positive change, but it is increasingly apparent that a window of opportunity has opened for rural places and their citizens to make their voices heard, and call for a better future of reinvigorated communities and more equitable rural economies.

If you want to make your voice heard in this important debate, sign up for updates from the RSA’s new Food, Farming and Countryside Commission.