Two kinds of Budget, one kind of Chancellor?

Reema Patel introduces two kinds of Budget - the 'u-turn' Budget, or the frozen Budget. Might there be a way forward through this impasse for a bigger, more collaborative conversation about the UK's most important economic questions? 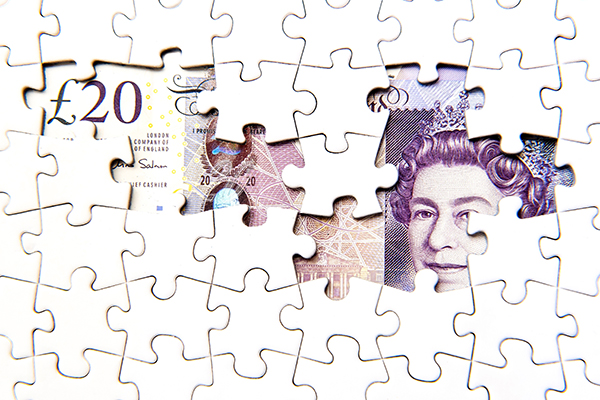 In the 2017 March Budget, Hammond was forced into an embarrassing u-turn on increasing national insurance for self employed workers. It now looks as if there is a very real possibility similar reforms might be back on the table. Another potential trigger point this time might also include an announcement of increased investment in driverless cars. Other previous Budgets have also meant that relatively politically suave politicians have not escaped unscathed; Osborne’s Budget in 2012 was famously dubbed the “omnishambles” Budget as U-turn after U-turn rained down upon him;

I have described this in the past as especially emblematic of a “decide, announce, defend” culture of government and policy that pervades. It is an approach which afflicts, not just the Budget, but most other major strategic decisions made by public bodies. Little wonder then, that levels of trust in the government and especially the Chancellor of the Exchequer are at a record low. Earlier this year the Edelman Trust Barometer (2017) revealed that, at the time of polling, only 17% of the UK general population polled trusted Philip Hammond to communicate honestly, trailing behind Nigel Farage (20%), Boris Johnson (25%), Theresa May (33%), and Jeremy Corbyn (23%). When they ran a similar poll on who they trusted most to do what is right; the figures look similarly grim for Philip Hammond (19%), who is almost on par with Nigel Farage (20%) and trails Jeremy Corbyn (23%), Theresa May (35%). Not exactly great news for the Chancellor as he sets out to reveal his plans today, then.

Take the other kind of Budget – the one where the Chancellor of the Exchequer simply does not want to rock the boat and therefore one that becomes a missed opportunity to set out a vision for social change: Autumn 2016, for instance. Here, radical reforms were (and still are required) – the UK still has a social care spending crisis, a shortage of homes for young people, a productivity crisis and a child poverty crisis. Budgets, which should be able to set out a mandate for change in the economy, too often tinker at the edges, so paralysed are politicians and mandarins by the current political and economic system as they wilt under an unsympathetic public glare. The Frozen Budget is the consequence of political disempowerment and shrinking legitimacy, and is created by the conditions political leaders find themselves in.

But here’s some good news. We’ve seen Budgets handled well in the past before; Alastair Darling’s interventions post world financial crisis seemed able to break the deadlock, due in part to his reputation as a ‘bold anti-politician’. Such moments (and people) are rare, but seem to be created and handed opportunities in conditions of crisis – where a sense of urgency compels political consensus and pragmatism (if only in the short term). Whilst I have never seen a Budget in which any Chancellor emerged entirely unscathed, the Darling example shows that history has certainly looked more kindly upon some rather than others. So - is all we need the right person, with the right leadership skills, at the right time?

We need that and we still need more. Must we really have to wait until we find that one person as a society and an economy to build the mandate for change that we desperately need as a society? Or do we try to share that responsibility as people who are agents in the economy ourselves and part of the system, shaping a more active sense of citizenship?

In our interim report Citizens, Participation and the Economy, published this week, we have proposed that the government and Chancellor work with randomly selected citizens to help build that vision and that mandate as part of setting both the Budget and undergoing a wider Spending Review. These would build upon models of democracy being prototyped across the world – one such example is the Ireland constitutional convention which brought 99 citizens and politicians together in particular shows how it is possible for citizens to work more collaboratively with politicians to make major financial decisions.

A new settlement for the self-employed, a resolution to the social care funding crisis, a way to ensure the budget works for as many people as it can? We need a bigger conversation for these bigger questions.