Anthony Painter takes an overview of the year, its challenges and tensions, and what our mission for 2018 should be. 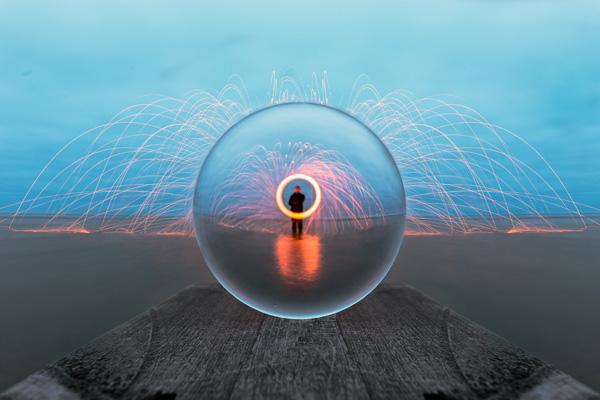 In my final year of school, I met an outreach student from Cambridge University Economics Department. Economics was the subject that seemed a good match for me and my way of thinking. The student told me about an economic game – the ultimatum game – whereby an individual was given £10 and asked to split it with another. They would only keep the money if they could come to an agreement on the split. What would be the correct sum for the recipient to offer the second party?

My answer, instinctively, was to propose a 50-50 split. Apparently, that was the ‘wrong’ answer (when this experiment in done in non-economic experiments there isn’t a ‘wrong’ answer but in economics there was). The ‘correct’ answer, if I was economically rational, was £1 (it had to be in whole pounds). And that was the end for me and Cambridge economics. It was stupidest thing I’d ever heard.

Firstly, why was economics reduced to a series of games when there were enormous global and national challenges to contend with? Secondly, what on earth did this discipline think about people and their nature? How could it be so cynical? And thirdly, it now became clear why my contemporaries who wanted a career in finance were so attracted to this form of economics. So my interest in economics in future would be pursued through the lens of politics, history, international relations, institutionalism and sociology.

I raise this story not to get it off my chest but rather because I was reminded of it when a friend, who is a despairing Cambridge economist, outlined their frustrations to me. The worldview of 1990s Cambridge economics was a classic expression of a school of Enlightenment thinking that has become so abstracted that is bore little or no relation to the messy and complex – human – world which we inhabit. Not only has this world view faltered in the midst of financial crises, environmental degradation, glaring inequality, inter-state dislocation, rabble-rousing Presidents, and a sense of conflict around identity but it was very probably an element in exacerbating these very tensions. The way we have been making critical decisions has been often driven by classical economic ways of thinking and these are underpinned by the first wave of the Enlightenment.

The age of polarity and insecurity

Enlightenment political economy has become drenched in theory and buffeted with a predictable backlash. For all of its remarkable success, its gifts to mankind, Enlightenment thinking clearly went awry form the mid-nineteenth century onwards (a timespan correlated with the development of modern economics by chance) and we are still wrestling with the consequences of that. Earlier this year, I interviewed Pankaj Mishra on his anti-Enlightenment polemic, The Age of Anger, and it struck a chord. Where I differed with Pankaj was on the need to ditch the Enlightenment altogether to which I’ll return. And we are not quite yet in an ‘age of anger’. But we have found ourselves in an age of polarity and consequent insecurity – and this is playing out across a whole series of domains of modern life.

To take a few, politics has now become an insider and outsider pursuit. The bridges between the policy and political establishment and the people are weak, the feedback loops, in the form Brexit, diminishing trust and discontent are becoming more vocal. Technology is distributing winners – those who design, control, manipulate and own the tech – and losers who do not have to power to adapt to the tech in polarising ways. Common identity and the identity of particular characteristics, cultures, and commitments are in ever greater tension. And modern economies have become ever more divided around income, wealth, and economic security. Some of the increasing tensions we see include:

The politics of division

Drivers of this state of polarity are multifarious. The old Enlightenment, driving economic and  much of social policy approach, with its focus on aggregates, relentless progress, its blindspots when it comes to inequality, the environment, and inclusivity is certainly a culprit.

Likewise, the rise of a digital society, where non-neutral, biased digital platforms and applications intersect the entirety of our economic, social, cultural and personal life. There is a splicing quality to this digital society. For all its open and free access, the ability to take advantage of new found opportunities rely on skills, identity, social connection and status. So vast pools of wealth congregate whilst low paid, insecure work becomes ever more task and function focused – parcels of work distributed by digital platforms and applications.

All the time, in the background and even foreground, there is the drumbeat of rabble-rousing populist politics. Rather than seeking to bridge these polarities, this style of politics seeks to divide further. We are ‘anywheres’ and ‘somewheres’, elites and ‘the people’, us and them, remainers and leavers. And with this dissection, our institutions wilt under the weight, trust diminishes: from democracy to the firm, to public services and social security, to international institutions, confidence wanes and sometimes collapses.

Ultimately, as explored in the magisterial Political Order and Political Decay series by Francis Fukuyama, institutions fall under the spell of patrimonialism, extraction in the framing of Acemoglu and Robinson in Why Nations Fail – with a dose of ignorance, parochialism and chauvinism thrown in for good measure. And in dramatic and transfixing fashion, David Runciman wonders out loud in a recent podcast about the ways in which democracy might end. Perhaps instead of an angry end in the style of Mishra, it may be a case of neglect and slow decay? 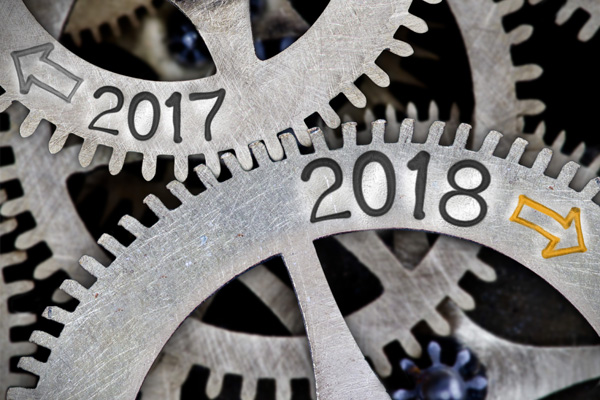 And what could the protection against this decay, a reversal of the polarity? It could come in the form of the lost art of institutional cultivation and replenishment. And that is where the RSA focuses its work. It’s why we are exploring deliberative democracy, the future of food, farming and the countryside, a new social contract, the future of work and economic security, AI and its consequences, and how we can generate a mission-oriented disposition in our schools, whilst innovating new lifelong learning approaches. And much more besides. And that will continue to be our mission in 2018, to identify new means on diminishing the harmful growth of polarity.

As for economics, it is trying to find a pathway into new forms of relevance. Its models are being upgraded with the behavioural sciences (a leading figure in this movement received the discipline’s Nobel Prize this year) and institutional insights. A heterodox and ‘new economic thinking’ movement is gathering pace. Who knows, I may have even become a professional economist had this been the approach.

Whether in economics or any other domain of human thought and action, we irresistibly return to the notion of the Enlightenment. And this may be no bad thing if we get it right this time. But it has to be a twenty-first century enlightenment grounded in real rather than simply formal freedom, agency, distributed power and autonomy, a sense of a developing universalism of security and opportunity, and infused with a humanism that sees us the complex, flawed, biased, social animals we know we are. Environmental limits are real and progress is not assured. Yet, if we rediscover the lost art of institution cultivation, the polarities can be managed and a stronger, common society of human decency can emerge.