Understanding modern work in an age of insecurity

Good work should provide people with economic security alongside a positive work experience. But what does this look like in a world where work is changing? And how can we better achieve its realisation? In search of a better understanding of modern work, the RSA has produced a segmentation of the labour market, which paints 7 distinct portraits. 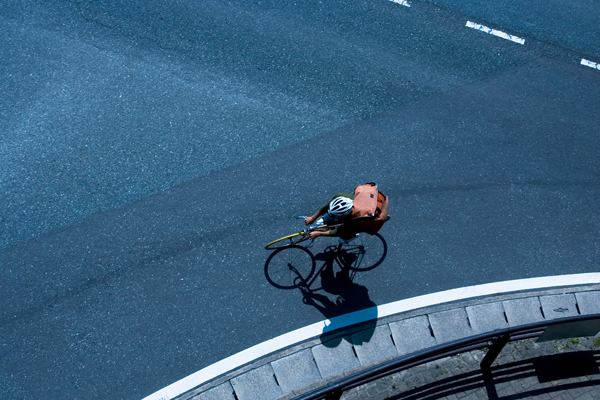 Despite record levels of employment, there is a growing concern about the rise of contingent work. Self-employment, zero-hours contracts and the gig economy are all in the public eye. With headlines such as “More than 7m Britons now in precarious employment” suggesting that we have entered a new era of insecurity.

Perceived security of job tenure is also in decline, particularly for those in lower skilled occupations. British Social Attitudes survey data shows that only 60% of workers in routine jobs feel secure in their job, down from 71% in 2005. While our own RSA / Populus survey found that nearly a third of all workers feel less secure in their jobs than they did 5 years ago.

Looking forward, a robot revolution is supposedly just around the corner – with every new week, there is a new prediction about the number of jobs that will be automated. From self-service checkouts to paralegals, workers across the labour market are warned that a robot could take their job.

Meanwhile, productivity growth has been stagnant, with output per hour having only just returned to its pre-crisis peak. Most workers have not seen a pay rise this decade either. In fact, across the income distribution, earnings have declined in real terms. The rising cost of living – housing in particular – has meant more and more people feel they are ‘just about managing’ to make ends meet.

These concerns led the Government to commission the Taylor Review, which, in addition to making pragmatic recommendations for a changing labour market, put forward an expansive vision of good work – work that is fair and decent, with realistic scope for development and fulfilment.

Despite this multitude of drivers, commentators often hone in on insecure forms of employment, when trying to understand the extent of economic insecurity in the labour market. Take for example, a TUC estimate that sums the total number of workers in low paid self-employment or on temporary or zero hours contracts, to give 3.2m insecure workers.

We believe that this focus is unhelpful – it is both too broad and too narrow.

Too narrow, for it fails to include full-time permanent employees who struggle to make ends meet because of persistent low pay and may also experience unfair treatment due to poor workplace practices, which existed prior to the widespread use of zero hours contracts.

Too broad, for it includes people in atypical forms of employment but who are economically secure due to their wider financial or household circumstances – a high earning spouse, savings in the bank, or a student loan – and in these forms of work because it offers them greater flexibility or enables them to pursue a career they find more interesting despite not being a 9 to 5.

Economic security has objective and subjective elements – we need a notion that speaks to both. We define this as the degree of confidence that a person can have in maintaining a decent quality of life now, and in the future, given their economic and financial circumstances.

A new approach to understanding good work and economic security

So how can we move beyond the false binaries so dominant in media headlines and economic punditry?

One approach is to use a quantitative research method called a segmentation. This is a way of grouping individuals by the similarity of their characteristics, as measured by survey responses. This technique is often used in marketing to divide customers into sub-groups (segments) based on their shared characteristics. The segmentation can then be used to tailor and target interventions at particular groups. Increasingly, it is being used in policy research, to move beyond a ‘one-size-fits-all’ approach to policy design. See, for example, this segmentation of the unemployed by Brookings.

We worked with Populus to first conduct a survey of people in work and then design a segmentation, which explores how a wide range of factors relating to good work and economic security typically group together.

Our analysis considers the extent to which workers:

The segmentation was constructed using a cluster analysis. This aims to group individual workers in such a way that workers in one cluster are more similar to each other than those in other clusters. The result is 7 portraits of modern work, each illustrating a different but widely shared experience.

Crucially, our analysis covers the whole of the labour market. Our 7 portraits will illustrate different types of 21st century insecurity; insecurity that is experienced across the income distribution and not exclusive to insecure contract types or employment statuses. However they also illustrate different conceptions of good work – characterised by trade-offs between security, flexibility and fulfilment.

This blog introduces the 7 portraits of modern work project which will be published in January 2018. Alongside an RSA report we will be releasing an interactive data dashboard.