Is tech destroying the planet?

The RSA argues that we can and should steer technological innovation and deployment to drive social progress, but what about environmental sustainability? Technology consumes precious resources and boosts energy demand. But on the other hand tech solutions can yield huge gains in resource efficiency and be applied to solving environmental problems. So is technology a sustainability hero or villain?

As the price of Bitcoin continues its meteoric rise, few investors stop to worry about the environmental cost of maintaining the ever growing Bitcoin network. But there is a cost, and it’s enormous: Digiconomist estimates that the Bitcoin mining network now consumes more energy than the whole of Ireland. And it’s growing at about 30% a month. Unfortunately, much of the energy powering the network comes from fossil fuels.

Similarly, few people stop to think about the environmental cost of a Netflix binge. But storing and streaming all that digital content requires a lot of energy, and as consumers expect regular new content and ever better video quality, the energy demands spiral upwards. It’s not just Netflix of course. In total, data centres consume roughly 3% of the world’s energy supply, and this amount is estimated to treble in the next decade.

However, perhaps the most concerning way that technology impacts our environment is through the mining of vast quantities of rare metals. Metals like lithium, cobalt and nickel are used to make critical hardware components – batteries in particular – for things like computers, smartphones and electric cars. Unfortunately, mining these metals is energy intensive and comes not just at an environmental cost, but often a terrible human cost too. Moreover, these rare metals are just that: rare. Without large investment in recycling facilities, using these limited natural resources is unsustainable. The planned obsolescence of consumer gadgets only exacerbates the problem. 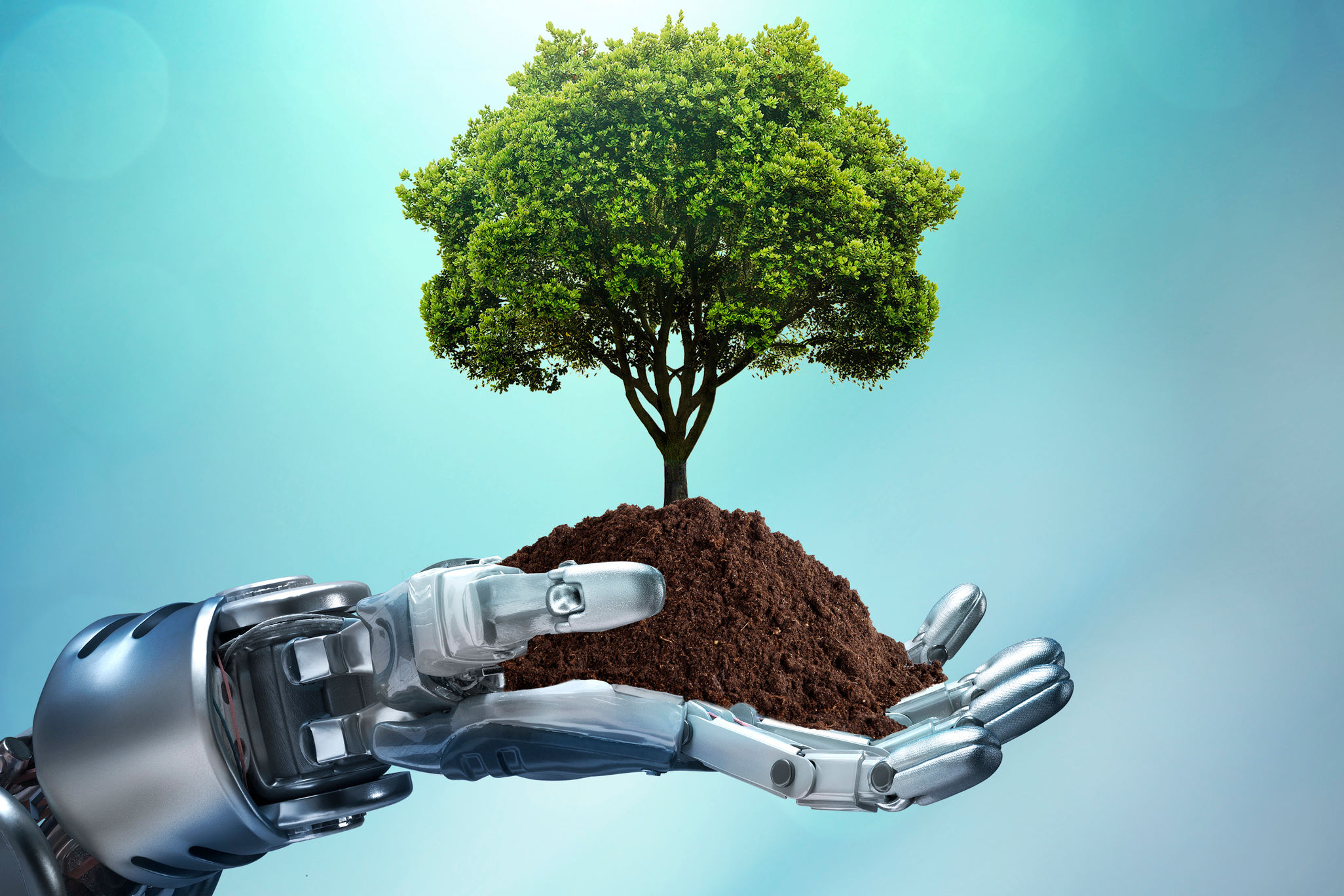 It’s not all doom and gloom for tech’s green credentials though.  Indeed, there are many ways that technology – and technology companies – are helping to reduce our environmental impact on the planet.

Electric vehicles are one example. Although production of their batteries currently involves mining rare metals, over their lifetime, EVs emit considerably less CO2 than petrol cars. And as energy generation becomes greener, this gap will only get bigger.

Another example is the use of AI to solve complex optimisation problems. DeepMind have already used AI to reduce the energy required to cool Google’s datacentres by 40%, and they were reported to be in talks with National Grid to use AI to better manage energy supply and demand. AI might even one day be used to design new materials that could be used in hardware components, thereby reducing our reliance on rare metals.

Tech companies are also powerful advocates for renewable energy. As major consumers of electricity, it’s in their financial interest to encourage the generation of cheaper and more reliable forms of energy. As a result, they’ve spent millions of dollars lobbying on renewable energy issues, and many have declared public targets to power their businesses on 100% renewable energy.

But it’s not just the companies creating technology that are responsible for its environmental impact; the impact is also determined by how we, the consumers, use that technology. Take driverless cars for example. Mile for mile, driverless cars could be much more efficient than human-driven cars: they’ll be able to optimise their routes, speed and acceleration for fuel efficiency, and reduce their air resistance by platooning. But if the convenience of driverless cars means that people start using them for journeys that they’d otherwise have made on foot, bike or public transport, that could lead to an overall increase in fuel use.

So is technology a sustainability hero or villain? Well, neither really. Technology encompasses a broad range of products and systems, some of which will help us live more sustainably and others that won’t.  The production and use of technology will always involve the consumption of energy and materials, but if that same technology helps us minimise our consumption in other ways or allows us to use more sustainable methods of production, then the net effect will be positive. As we have argued in the case of the social impact of technology, in the end, the environmental impact will depend not only on choices that we make as consumers, but on the social and political choices that we make collectively as citizens.