London needs its places for making

London's manufacturers are part of this city's vibrant economy, but their success is under threat from the loss of industrial space. The newly released Draft London Plan is taking steps to address this, but there is more that can be done. 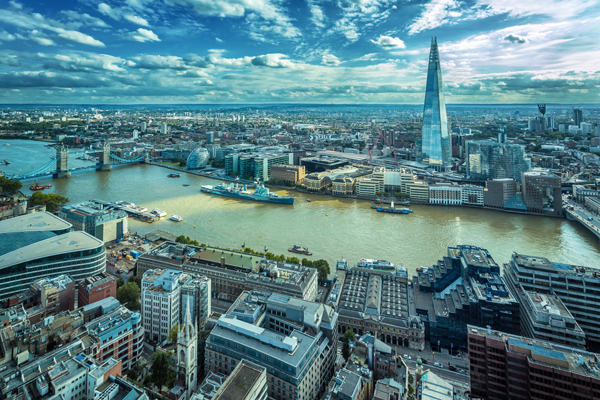 "We’re using that to make some of our local deliveries" Lee Sargent tells me, pointing to a cargo bike parked in the corner of the workshop. Many of his customers are local: small firms and large organisations from galleries to designers to local trade associations, organisations across the city who need high quality printing. Calverts, the communications design and print cooperative for whom Lee is the Environmental Manager, started in the 1970s and has always been based in the East End of London. And it wants to remain there, accessible to its customers, suppliers and businesses in its network, and close to home for its employees.

Like many of London’s manufacturers, Calverts support the functioning of the city: from metal fabricators to prop houses, from bakers to jewellers, their services and skills enable other industries to flourish and form part of the network of activities which inspire and enable innovation within the capital.

To do this they need to be based within the city, close to their customers, their workforce and their suppliers, and they need the space and facilities to allow them to carry out their business in the long term. For a company like Calverts this means having the right interior space for their large machinery and for an office function; space for loading and parking for deliveries; being accessible to their workforce; and crucially, somewhere that is affordable and secure.

Finding and retaining the right space for their business is critical to manufacturers. But the pressure on space in the bustling city is threatening the sector.

Between 2006 and 2013 almost 604 hectares of industrial land was lost from London. From Hackney Wick to Charlton Riverside land has been transferred to residential and other employment uses, such as office and retail. This loss was more than double the benchmark for release of land laid out by the Mayor. The rationale for release was that declining industry in the city had led to vacant industrial space which could put to better use. This is arguably no longer the case, with vacancy rates averaging 11% in 2015 but in many boroughs falling below 5% as demand increases. In some popular sites like Park Royal, vacancy rates are as low as 2%. Rates this low are a threat to businesses ability to develop.

Businesses have had to relocate and others are facing pressures from increased rents, short term contracts and insecurity as property owners anticipate greater financial returns from uses other than industrial. An organisation in South East London who provide workshop space for small woodworking manufacturers told us that they moved to their present site last year when their previous home was redeveloped. The cost from downtime and moving fees was hard for the business to bear and they are already anticipating another move at an undefined time in the next few months or years when their new premises is redeveloped. They aren’t sure how they will survive another incursion of large costs and disruption. This is a pattern being too often repeated across the city.

Many of London’s manufacturers are micro or small businesses, the risk to them from the insecurity and costs of moving is great. This lack of space also challenges their desire to grow, as James Morgan of Truman’s Brewery recently told the Greater London Authority (GLA) Planning Committee, stating that a lack of available space is the biggest single problem that his business faces. They have been looking for a site in East London for a second brewery for five years but with no success.

It is clear that London needs more housing, but we should not forget that a booming population and businesses across a host of sectors rely on the industry of this city too. As Professor Mark Brearley says, “We have an accommodation crisis not just a housing crisis”, we need to find new ways to provide places to make within the city.

The newly released Draft London Plan acknowledges that current policy is not protecting industry. Along with ambitious targets for house building the Draft London Plan also states that there should be no net loss of industrial space across the capital, with borough specific edicts stating whether space should be maintained, increased or can have some limited transfer in that area.

This change in policy is to be welcomed. However, it likely does not go far enough in providing protection. Whilst there is to be no net loss overall, there will be loss within some boroughs and it’s not yet clear exactly what this will entail and how it will affect businesses in those areas. The protection focuses on industrial land which is sited within Significant Industrial Locations (SILs) and Locally Significant Industrial Sites (LSISs), these two designations make up the majority of London’s industrial land reservoir and it is right that they are duly protected. However, it is also important to recognise the activities which take place on undesignated sites, at the backs of high streets for example, sites like the premises in which Calverts are based. These provide an important space for businesses and a role in making our high streets vibrant local centres but are more susceptible to transfer to other uses.

The Draft London Plan also sets out an ambition to be more creative in the ways we accommodate industry in the city. Increasing density where possible could provide more accommodation within the same footprint. An example of this is Segro’s multi-storey industrial unit in Heathrow.

Whilst it is important to provide segregated industrial space for some activities there is also opportunity to provide industrial space in mixed use developments, where residential or other employment uses and industry coexist, this is also pointed to in the draft Plan. There are, however, significant design challenges to overcome in order make this work effectively in practice and mitigate against the concerns that residents and manufacturers usually have about being located close together, such as noise and smell. But in an increasingly busy city we welcome the enthusiasm to find solutions in this way. As part of the Cities of Making project our partners in Rotterdam will be investigating the spatial and building typologies which allow this kind of mixed use development. We hope to see London learn from and set best practice in achieving this.

In London, as in all places, we want to see a thriving and diverse economy which offers opportunities for people with a range of skills and interests; this includes manufacturing and industry.

It is positive to see some recognition of the importance of industry and space for it in the Draft London Plan, but we need to move beyond a basic acknowledgement of this to the creation of a concerted vision for its future which not only mitigates threats but which capitalises on its opportunities. London is a thriving city, serving its population requires the productive activities that manufacturers offer. And manufacturing itself is changing, it is no longer the nasty neighbour it once was and it will change further still as new technologies like automation to distributed manufacturing disrupt the sector, and as we grapple with making our lives environmentally sustainable. As a global city London has the opportunity to cultivate this new future within its neighbourhoods, this means ensuring that we have the right spaces for making for today’s industry and for tomorrow’s.