What does a global legitimacy crisis mean for our world's economies?

Reema Patel argues that creating and renewing spaces for the cultivation of a common citizenship as well as for citizen deliberation is essential if we are to adequately respond to the global legitimacy crisis we are experiencing across our world's economies. 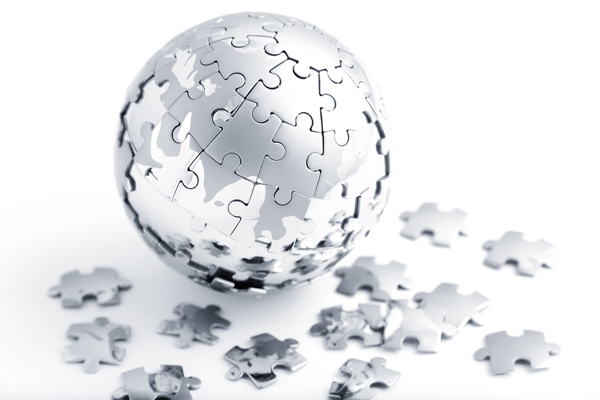 The democratic legitimacy crisis we witness is global in the sense that it knows no borders. In recent years we have witnessed a paradigm shift in the way the relationship between experts and citizens has been configured, the way in which the public access and trust information, and in the way power itself is distributed in our society (one important modern proxy for understanding how power is distributed includes access to information and to data itself – a power dynamic almost unthinkable one century ago). A radical rethink of the relationship between technology, citizens and expertise is now necessary on both a global and a national level if we are to come at all close to addressing the emergence of a deep and growing power imbalance between those who take decisions and those who are affected by decisions. We have witnessed a global implosion of trust and legitimacy of economic decision makers, as reported by the Edelman Barometer of Trust (2017), Oxford Dictionaries declared the international word of the year in 2016 to be ‘post-truth’, defined as an adjective “relating to or denoting circumstances in which objective facts are less influential in shaping public opinion than appeals to emotion and personal belief,” and the infamous Govean line, ‘people in this country have had enough of experts’ has garnered so much attention precisely because it has encapsulated the spirit of our times.

Growing levels of populism across the world aren’t disconnected from this issue of decreasing trust and legitimacy. Fuelled by a rise of technocratic approaches that purportedly ‘lock citizens out’ of important decisions, populist leaders and politicians across the world on both the left and on the right, including but not limited to Donald Trump, have sought to pit ‘citizens’ against ‘that group’ of people dubbed the ‘experts’ and the ‘economic elite’.

Technology, itself morally neutral, has been appropriated and used in amoral and even immoral ways in the absence of clear guidelines, frameworks and oversight from governments that have found themselves both without the competence and without the mandate to take action to police such developments. One such example of this phenomenon has been the use and manipulation of technology to propagate disinformation and propaganda; widely dubbed as the emergence of ‘fake news’, through which public views and perspectives are increasingly being shaped. Recent allegations that Russian funding was used to influence the outcome of the EU referendum through the use of Facebook sponsored advertising is just one example of the way in which the interaction between money and online information has the potential to undermine democratic legitimacy and democratic freedom across borders in deeply problematic ways. Recent Ipsos Mori/Royal Statistical Society polling has revealed that people trust institutions (economic and political) with their personal data and information far less than they trust them more generally (and as we have already established, those levels of trust are already low). Some might argue that George Orwell was remarkably prescient when he wrote in 'Nineteen Eighty-Four' the chilling lines, ‘Power is in tearing human minds to pieces and putting them together again in new shapes of your own choosing’.

How can trust be regained?

This is all a long way away from the democratic and republican dream for what is described, in Michael Sandel’s beautiful phrase, as the creation of ‘spaces for the cultivation of a common citizenship’. Our starting point on this endeavour must be to ask how those tools which, to date, have been misused in a manner that is increasingly undermining that sense of a common citizenship (including, but not limited to - technology, money and wealth, political power, information and data, and the discipline of economics itself) might instead be able to reinstate and to restore a sense of trustworthiness and legitimacy between our institutions and those who rely upon them, so that a ‘site of common citizenship’ might once again be within the realms of possibility.

Our recent interim report, Citizens, Participation and the Economy sets out some initial practical steps as to how that might be achieved, and publishes the co-created Citizens’ Economic Charter which outlines our citizens' aspirations for a good economy. Our accompanying documentary film, ‘The Citizens’ Story’ showcases how we might use such approaches to reinvigorate the notion of that common citizenship that Sandel and others hold dear. In doing so, both the report and the film highlight the role deliberative democracy has in bridging the gap between the much maligned ‘technocratic institution’ led by the 'expert'  and the citizen, as well as strengthening the responsiveness and accountability of experts to citizens. Our recent submission to the Citizenship and Civic Engagement Select Committee, drawing upon our participatory action research, illustrates the extent to which our conversations through the Citizens' Economic Council programme speak as much to the notion of citizenship as they do to the notion of economics.

The Citizens' Economic Council programme itself has drawn from and been influenced by growing international developments that have brought experts and citizens to forge a more inclusive economy. One such example is the Melbourne City Council's People's Panel, which convened 43 randomly selected citizens together to deliberate about the Council's 10 year financial plan. Another initiative in Canada convened 36 citizens to advise Canada's Mental Health Commission on its national Mental Health action plan. And there is a growing movement of participatory budgeting emerging across the world as cities such as New York, Boston, Seville and Paris implement participatory budgeting, embedding these initiatives into their cities' infrastructures for a more inclusive economy. In Ireland, a constitutional convention on economic and social rights has already proposed a referendum on making same-sex marriage legal (where the majority of citizens famously voted in the affirmative), as well as a wider public debate and referendum on the issue of abortion reform. In our interim report, we note how the growth of interest in such initiatives at both a national and regional level speaks to the potential that deliberative approaches such as citizen juries, assemblies and conventions have to address those challenges that know no borders. It is for this reason that we have recommended that the UK's central bank, the Bank of England, adopts these approaches in informing its monetary policy decisions, and that HM Treasury, the UK's central government finance department, adopts these approaches in informing its fiscal policy decisions - beyond the value of the adoption of the approaches themselves for economic policymaking, both institutions play an instrumental role in setting the tone and exhibiting leadership with a view to addressing the breakdown of legitimacy.

It is within this context that both the deliberative democratic approach of the Citizens’ Economic Council (a citizens’ assembly) and the work it has done, to co-create common values underpinning a good economy (‘Citizens’ Economic Council’) might similarly be one kind of many potential timely interventions against a growing global backdrop that seeks to undermine that notion of a common and more active citizenship. In an era where economic insecurity, growth that has clearly ‘left-behind’ many citizens, and a society where the motto ‘take back control’ has grown increasingly prominent as people’s sense of their own locus of control has shrunk, our task must be to ask how technology can restore both trust and trustworthiness, how people can feel and experience a greater sense of power and agency over their own lives, and how the use of data and information can work to support people to flourish, rather than running counter to human flourishing. These were themes that emerged, not just through the Citizens' Economic Council, but also through the Economic Inclusion Roadshow that the RSA undertook across the country - from Port Talbot through to Clacton-on-Sea, through to Glasgow. More generally, our task is to ask how economics might be fit for purpose – so that it acts more as an effective feedback loop that acknowledges and responds to some of the challenges and experiences faced by people.

In short, we need an economics and economy, as Ernst Schumacher once compellingly wrote, ‘as if people mattered’.  Reinstating citizenship so that it is at the heart of economics is central to that endeavour.