Big finance got us into this mess – can collaborative innovation get us out of it?

Ten years later, it seems clear that the impacts of a crisis caused by the financial sector have largely been borne by those outside of it. Could mission-led banks, such as Greater London Mutual, work alongside other socially focused finance providers to create a more inclusive and resilient financial sector?

In the UK today, real wages have fallen by 10% since 2007, whilst the majority of people living in poverty are actually in work (60%). With these dynamics at play amid rising housing costs and inflation, it’s deeply saddening yet hardly surprising to see the number of homeless households skyrocket by 70%, and over a million food bank parcels handed out every year, including to nurses and police officers whose public sector pay simply can’t cover their cost of living.

For anyone working in financial health, these damning figures will come as no surprise. But amidst the gloom, there are signs that some organisations are responding – including a broad array of alternative finance and other service providers. For example, credit union membership – often touted as a means towards greater savings and out of poverty – has seen consistent growth, whilst responsible finance providers have also continued to grow their lending support for people and businesses deemed too risky for mainstream banks. Both have generated impressive impact measures as a result.

In addition to these providers, there is an emergent cohort of practitioners working to set up a new type of financial service provider, the “Regional Community Bank”, which will be locally rooted, committed to inclusion and social impact, and which aim to be fully financially sustainable. Although the bank’s focus will be on provision of financial services to ordinary members, SME’s and self-employed and micro-businesses, these regional community banks have also been specifically designed to create social impact. They aim to achieve this by offering full inclusion for their service provision to include formerly underserved cohorts, by providing inclusive and affordable financial services that meet peoples’ needs, and by providing relationship-based services that treat people as individuals.

It’s an important development in the fight against poverty and financial exclusion, because financial service providers play a major role not only in peoples’ ability to access money and basic utilities, but they can also have a huge impact on peoples’ opportunities, wellbeing, and mental and physical health as well.

These emergent banks share some of the attributes of existing providers, such as operating under a mutual structure, and aiming to reach underserved cohorts and those currently excluded from the financial system. But where these institutions differ is that they will be fully fledged banks, rather than credit unions or simply lenders. While this may seem a technical difference, it has broad implications for the products, services, and activities that the bank can undertake, as well as the scale it can reach and the people it can serve.

Since beginning my involvement in one of these banks, I’ve been met with a variety of responses from existing social impact financial service providers, ranging from enthusiasm and support to trepidation and resistance. In the context of limited resources, rising costs, and tight margins, it’s understandable that existing providers might be protective of their members, or be wary of this new tier of banks becoming “tanks on the lawn”.

At the Greater London Mutual, the most advanced of these Regional Community Banks, we are acutely aware of the positive social impact that many existing providers are making, and are keen to learn from their successes and to collaborate rather than compete. Our co-operative structure mandates and encourages us to work with others, whilst the specifics of running a bank rather than a credit union or community development financial institution (CDFI) mean that there is great scope not only to fill remaining gaps and to complement existing provision, but also many opportunities for active collaboration with existing providers as well. 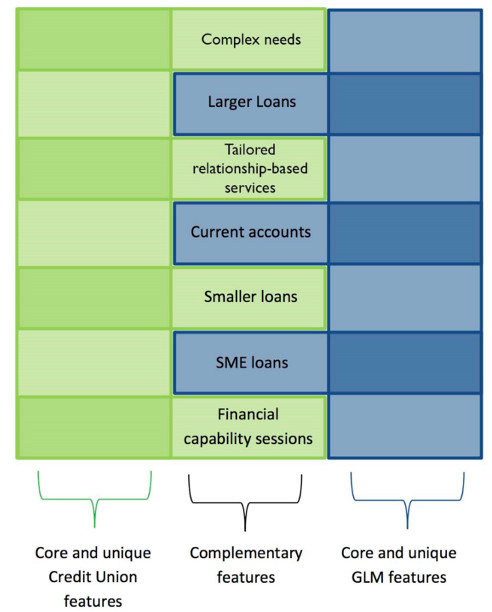 Table above shows synergies between credit unions and community banks.

To test this assumption and to work out what such collaboration might look like, we partnered with the RSA and the Finance Innovation Lab to host a roundtable that asked the question: “How can financial service providers collaborate to improve the lives of their beneficiaries?” And to our delight, we found our expert participants agreeing that the opportunities are both manifold and promising.

Drawing on expertise from the credit union sector and service providers who have close contact with those at risk of poor financial health, major themes from the roundtable included that there are significant areas of synergy on the product level between credit unions and regional community banks in particular, whilst on the strategic level there was strong enthusiasm and support for co-designing user-centric services, pursuing relationship-based provision, and for mutually-beneficial referral agreements. 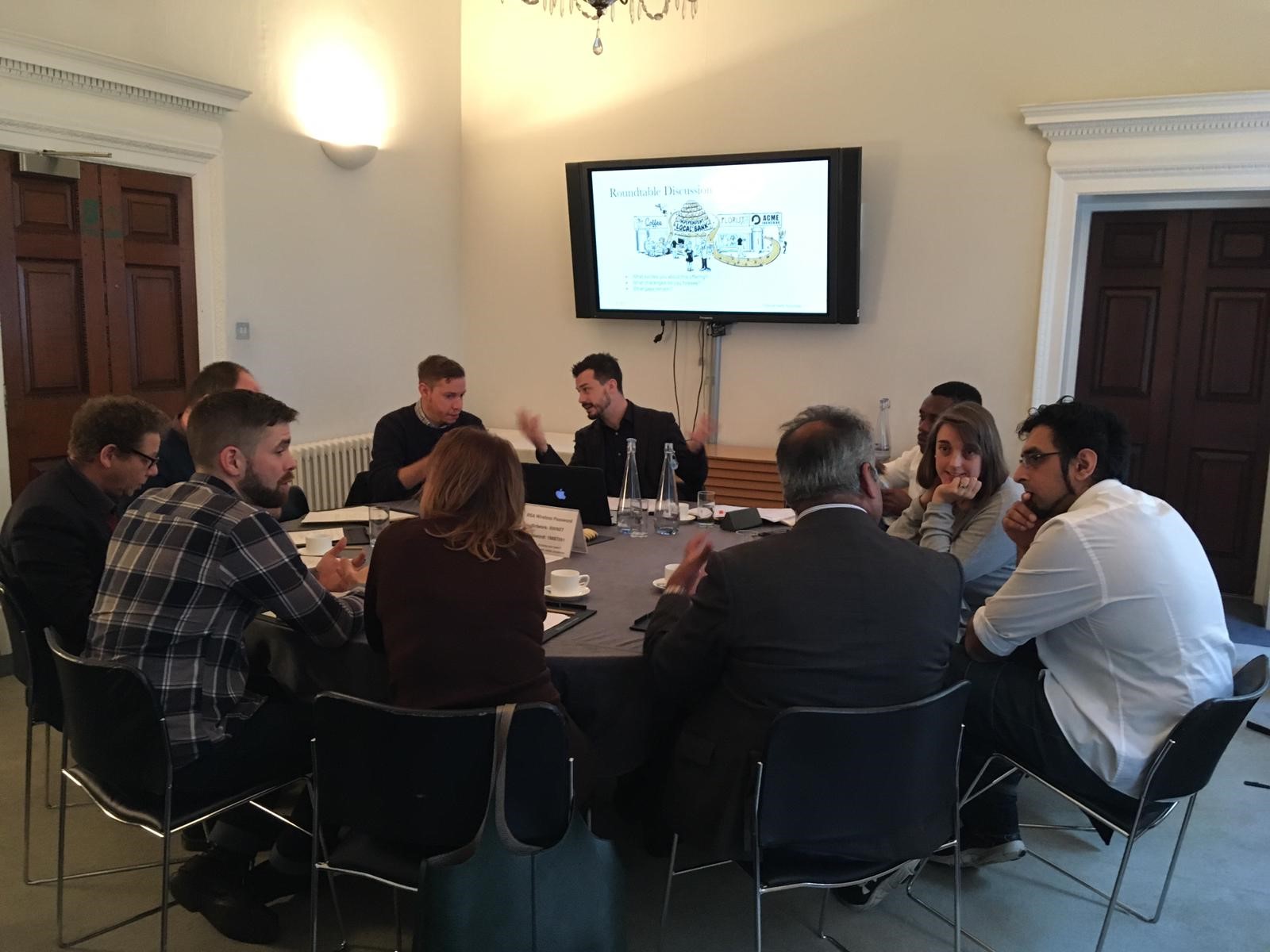 We know that this is just the beginning of the conversation, rather than the end. In particular, the Greater London Mutual is keen to engage with more credit unions, service providers, and CDFIs to explore how we might work together for the benefit of our beneficiaries. As the London Assembly’s excellent recent report Short Changed powerfully demonstrates, not only is there an ongoing and urgent imperative to do so, but increasingly there is also the appetite, opportunity and institutions to have a real and lasting impact – particularly when we work together.

Join the movement for Co-operative banking and register your interest in Greater London Mutual or a local bank for your region.

Fionn Travers-Smith is the Social Impact Officer and a Founding Member of the Greater London Mutual. He can be contacted at [email protected]