Where the countryside begins

11m people live in the UK’s rural areas, across the 93% of the UK’s land mass that is not urbanised. The RSA’s Food, Farming and Countryside Commission – launched in November last year – has begun a seven month UK-wide bike Tour, engaging rural communities across the four home nations. On our first week on the road, I cycled through Essex and Suffolk meeting with locals along the way.

I pedalled east from Chelmsford, the county town for Essex. Locals describe it as the largest commuter town in the country, and it is a city that is growing fast. The Council’s assessment is that the district needs 800 homes a year, every year until 2036. Beyond London’s Green Belt, farmers around Chelmsford understand that in selling their land for housing development they’d make more than they would in a century of farming.

I was told by a local exactly where to find the edge of the settlement boundary of Chelmsford. A little track from the roundabout marked the line. Fields on either side of the track looked exactly the same, but on one side the land was designated farming, the other is set to become urban in the coming years.

Relative to other parts of the country, rural Essex is densely populated and affluent. Beautiful rural houses often have tennis courts adjacent. Others appear like mansions. I cycled past flooded fields and arable fields right on the edge of towns and busy roads. Well-known among UK agriculturalists, most of North Essex and much of Suffolk is considered the ‘best and most versatile’ agricultural land. By most measures, this is the most productive cropland in the UK.

I spoke with Anya and Tim at Writtle Agricultural College. They’ve seen student numbers drop since tuition fees increased; many of their mid-career students can’t access student loans. 10-15 years ago most of their students were the sons and daughters of farmers. People came to the college because they were inheriting a farm. Now these next generation farmers meet new entrants motivated by ecological aspirations. They said this can create tensions, and the children of farmers coming to the college today often feel that their future is in wedding venues and glamping.

The purpose of the bike tour is to reach parts of the country that most policy research programmes don’t engage with directly. Our overall ambition is a safe, secure, inclusive food and farming system for the UK, a flourishing rural economy and a sustainable and accessible countryside.

Without listening to and learning from those who make up the rural economy, working in our food and farming system to bring 200 millions meals per day to our plates, the policy transformation that Brexit requires is unlikely to have a mandate from those on whose shoulders it rests.

Travelling east I met Gareth, who rears rare breed pigs. When he left school he worked on industrial pig units but as he grew older he felts that changes being made by the next generation would result in outbreaks of disease and huge expenses down the line. He wanted to farm in his own way. But to make that viable he had a number of jobs. He runs a pest control business and does some contracting and odd jobs on the side. To those unwinding in the country pubs after all sorts of long working days, the idea that the ‘gig economy’ is anything new is met with a healthy chortle.

For those who want to change the food system, you’ll find plenty of devoted souls. I had the distinct pleasure of staying with Andy and Emma Black for the evening. I spoke with their lovely family about Oak Tree Farm Community Supported Agriculture (CSA) which has helped their boys know much more about food than their peers. Emma headed off on a hedgehog count at midnight, and we met local activists driving initiatives in Ipswich like Ripple the dry foods coop, and Teapot that redistributes waste food. Those involved feel directly the community benefit and wellbeing these projects generate, but in a city of 130,000 these initiatives struggle for members.

The following day I cycled up the Suffolk Coast, a stunning part of the country. 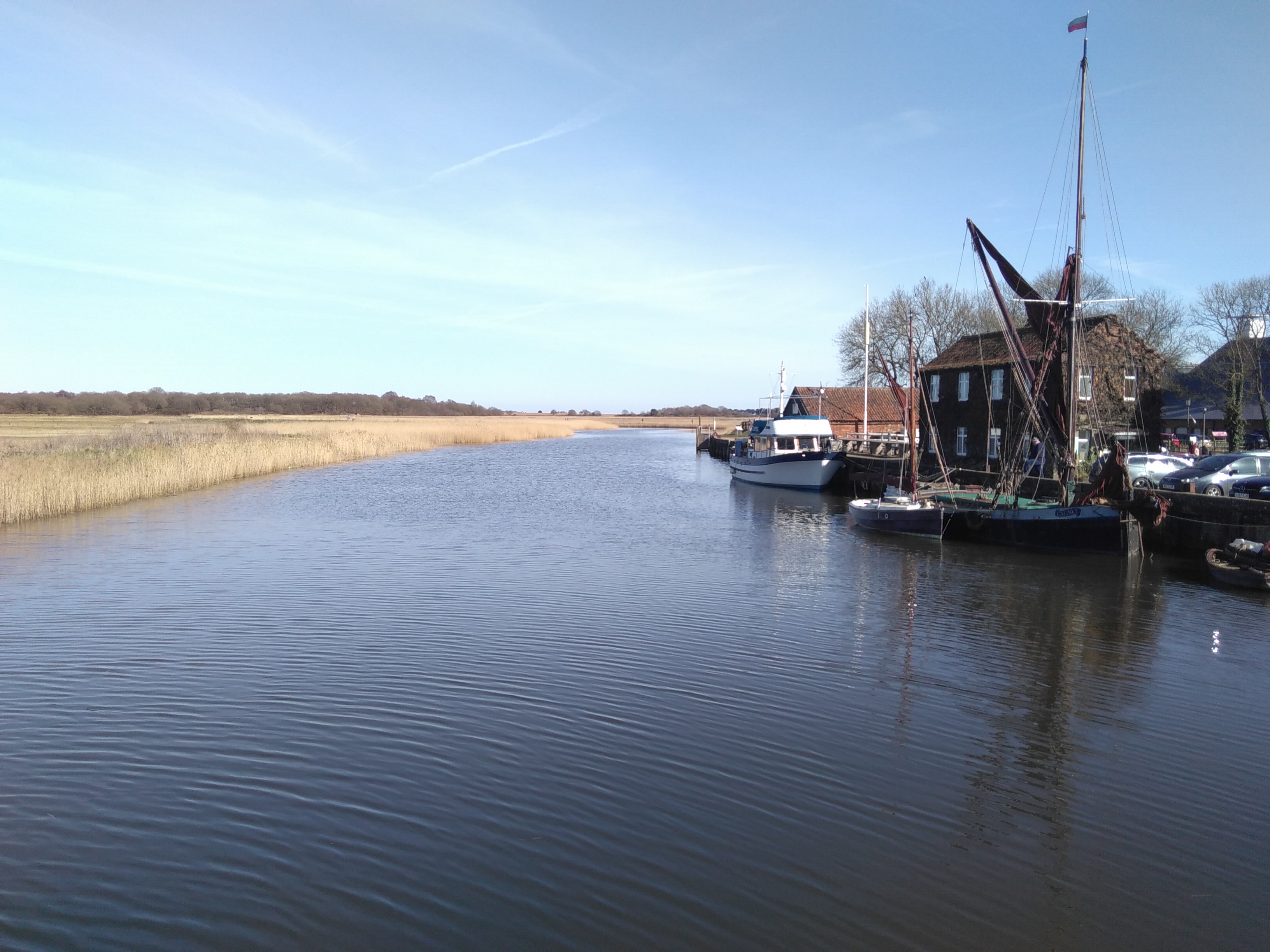 The sandy soils make it ideal for growing carrots, and the locals are called ‘carrot-munchers’. Currently much of the landscape is covered in mesh that looks white like snow over the freshly formed beds. I passed thousands of outdoor reared pigs in their pig hunts enjoying the sunshine. Much of the land was covered in turf farms, seemingly a more profitable business than growing food crops. “I remember when that field was corn” remarked a local. Exactly when was impossible to say, but things are clearly changing fast.

I spoke to a farm hand that works on a 2000 acre arable farm producing crop for seed. He was young, in his early 20s. As a tractor operator he was fascinated by the developments in the industry. “Tractors are getting more and more clever”, run with iPads and GPS. He was aware that despite this, it was still a familiar diesel engine under the bonnet, joking that the difference was that “now as a tractor operator you could run yourself over”. I asked how this automation made him feel. “Well, a bit worried about my job in the future.” This man loved his job. He was on good pay. The starting salary for someone in his job was about £35k. Farming was a good career choice to him. I asked him about Gove’s plans for subsidising environmental practice. He shrugged this off, and sounded cautious and wise. “We’ll just see what happens. I dunno if it will be good or bad. Farmers will just keep on farming”.

Housing came up in every conversation. In each place people commented on the pressures to build more housing. Farmers receive inquiries from the council about the availability of land for development. Those who want to continue farming worry they will be doing so in the midst of a sprawling future city. “It’s a sore spot around here” remarked Dave-over-the-road, who raises his TV antenna with a scaffold pole each year as the trees surrounding his little house grow. “People moved out here years ago to get away from all the people. But more and more people come”. Dave was originally from London himself.

After a week on the road, one question has become inescapable. What does it mean to be a farmer these days? Are you a farmer if you have a large land holding that you pay someone to manage, but don’t visit yourself? If you control a tractor with an iPad are you a farmer? Are the part-time farm hands and contractors the farmers? If you feed 39 families each week managing volunteer vegetable growers, are you a farmer?

Outside the European Common Agricultural Policy, the UK has an unprecedented opportunity to recognise the many faces of our food systems. We’ve got to learn quickly, while being aware of taking shortcuts. There is so much diversity in food production in the UK. There is diversity within regions and within counties. And by necessity: our land and our diet is diverse. The difference in conversation, in the hopes and fears expressed by different farmers you meet, makes it abundantly clear that those designing policy and making decisions on public investment must do so within a deep understanding of this plurality.