A sense of pride in food and farming hit me the moment I stepped off the train in Norfolk, overhearing a child talking to their sibling about riding in the cab of the tractor with his granddad. Food and farming are part of life in Norfolk, and you get this impression at every turn. From the importance of bringing children into agriculture to the plethora of food enterprises that seem to be pouring out of the county. The food and farming spirit of Norfolk is inspiring.

My first very first stop in Norfolk was The Spring Fling, a children’s educational day on food, farming and the countryside. Around a thousand children and their adults filled the Norfolk Showgrounds squeezing milk from fake udders, queuing to sit in an enormous combine harvester and mixing their own Kettle crisp flavours (Kettle being a proud Norfolk company after all). On the surface the whole event was aimed at bridging a disconnect between food and farming. It was clear that farming and environment were strong themes. However, it struck me that it was hard to build a picture of how farming and the environment related. Stalls of farmers organisations offered machinery and plastic udders. Stalls of environmental NGOs offered pictures of wildlife. For the bright and curious mind of a child looking to build a complex picture of the interconnections of the world, it felt like the adults offered little in the way of guidance. Signs like ‘Farmers make food, which is fuel for your body’ left a bad taste. Is that all that farmers do? Is that all that food is?

Unexpected links between environment and fishing

I cycled north from Norwich to Cromer, home of the Cromer crab. I arrived in town just in time to meet John, an 8th generation fisherman. He calls his enterprise a cottage industry, as his team catches, processes and sells crabs themselves. This is unusual now as most fishers sell to the local wholesaler. But John’s family has always done it this way. I was intrigued to hear John speak of energy companies, who have caused significant disruption to his profession for years. John remembers when it was oil and gas drilling offshore. Nowadays it’s offshore wind. Both have a similar impact on his catch during construction and maintenance, but he says the offshore wind engineers are different, “They have a different ego about them. Like ‘I’m saving the world. Get out of my way.’” To John, this was about people respecting people. 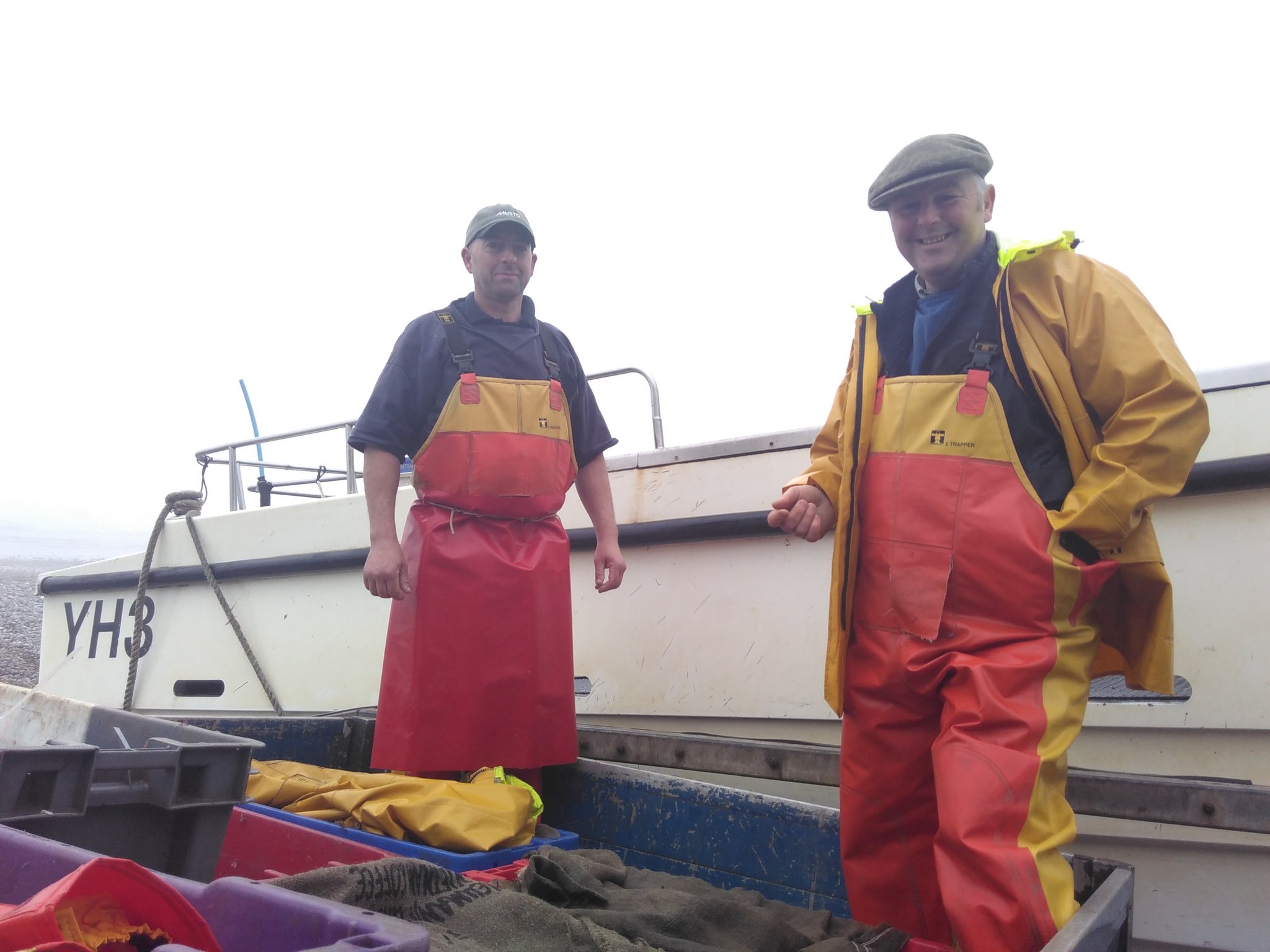 Cycling out of Cromer and south via the Norfolk broads I cycled through some of the more rural places I’d seen in the UK. Places so rural that you have to open your own train gates. I didn’t think these existed anymore. The landscape was flat, all covered in the early flowers of rapeseed that emerged over the days I cycled through them. Some of these days the sun blazed and the long flat roads seemed to go on forever.

A world of innovation

On the Thursday night I was lucky to be hosted by Jane and Richard Cadman who were kind enough to put on a mighty fine dinner party featuring an all-star cast - an entire table of food makers and farmers. I met Ed, a pea farmer who produces 10% of the countries peas with his cooperative, spoke of the challenges of freezing peas to the demands of distributors. “In the UK we have to own all the trucks and all the equipment. In Germany the processor takes more of the risk.” John and Ellie run Norfolk Quail, selling quail meat and eggs to restaurants around the country. Their business has grown fast and they struggle to find good staff. As the area has no transport they struggle to recruit staff from nearby towns. And as there are no local schools they struggle to recruit for managerial roles despite offering a good salary. This local lack of infrastructure has a cumulative effect. Mary started her quince jelly business with just a hob, a quince tree and a pot, and now sells her jellies all over the country. I asked about the childhood memories of food around the table. For everyone they had strong memories of food from their youth. And we pondered whether these memories were part of the reason the whole table found themselves pursuing a career in food later in life.

This was certainly true of Jeremy of Eve’s Hill Farm. After a successful media career, Jeremy returned home to the family farm to dust it off and breathe some new life into it. It had always been a successful farm, with Higher Level Stewardship payments and some rental cottages ensuring financial viability regardless of the arable crop. But Jeremy has bigger plans. He is developing his business breeding Hereford cattle. They only sell the cattle they would breed with themselves, demonstrating a high commitment to quality. The other cattle end up in meat boxes that they distribute locally. Jeremy wants his farm to be a vibrant hub full of people. He has plans for a teahouse and classroom. He leases a section of the farm to his childhood friend, Hannah. A skilled vegetable grower, Hannah thought when she started the market garden she’d need to sell into Norwich. But she has no trouble selling the veg locally. Hannah is an inspiring woman, driven by a vision for social change. Alongside a growing vegetable business she works with local people that benefit from therapeutic horticulture. Some are long term unemployed, some struggle with mental health. Hannah speaks passionately of individual stories in which spending time growing vegetables has transformed lives.

Throughout Norfolk it was inspiring to see the innovations that have made food and farming enterprises successful. Usually these were creative business innovations, in which food and farming enterprises diversified into new markets. For larger producers this was often through decreasing waste in the value chain, perhaps through exporting retired sows to Germany or using innovative techniques to remove more flesh from crabs for a supermarket own brand pasta sauce. For others it was identifying market niches such as building an onsite butchery, shifting from chicken to quail to cater for upmarket restaurants or developing a unique flavour of rapeseed oil to meet a consumer demand for local cooking fats. And for others still this innovation involves meeting social needs and using food and farming as a way of healing, and building revenue streams around these services.

One thing was clear, these food producers were innovative, adaptive and agile. They took advantage of opportunities to make their businesses work. They had a huge set of skills, from farming, processing, marketing, fundraising, business administration, engineering, organising and management. Farming didn’t feel like the pursuit of older male figures, but a world of opportunity for a rich diversity of people and skills. The challenge, as we leave the EU and replace the Common Agricultural Policy, will be to enable to the same conditions for innovation and taking advantage of opportunities.