The Senses at Work: Improving the workplace via sensory stimulation

On 15th May, 12 RSA Fellows and 14 guests gathered at the offices of Victor Entertainment in Tokyo to explore new ways to improve the working environment. Presentations were given by Sanae Okazaki of Victor Entertainment (FRSA) and Mariko Yoshida of Air Aroma Japan. Participants were then challenged to design their own ideal workspace. They will be polled in two months’ time to see how successful their initiatives have been.

Cities are widely regarded as stressful environments. This may be considered an uncontroversial observation, but it reflects the efforts of our species to adapt to a "new" environment. As urbanization only began in earnest after the industrial revolution, a significant number of people have been experiencing urban environments for only about 300 years, a very short time over the course of human history. Before the Industrial Revolution the concept of factory or office did not exist. It took decades before people noticed aspects of what they had left behind, and the idea of the public park was invented.

For our latest event RSA JFN focused on the theme of “improving the workspace via sensory stimulation”. We discussed how sounds and fragrances might improve an office atmosphere and thereby improve the efficiency and effectiveness of work.

Sanae Okazaki talked about the impact of playing recorded natural sounds on the atmosphere of a workspace, and how that may link to better professional outcomes. She described the sort of sound that is appropriate, how the sound is recorded, and how it should be played.

A CD generally captures sound within 20kHZ, which defines the conventional limits of human perception. But the range of natural sound goes well beyond these limits.

Victor Entertainment's High-Resolution Space Sound extends beyond 20kHZ and is therefore more similar to natural sound. It is claimed that this sound positively stimulates the nervous system and results in reduced stress, thereby contributing to a good atmosphere in the workspace.

It was interesting to consider that recordings in various places, different seasons and times of day might reproduce for an artificial workspace the natural ambience that once surrounded us in nature. 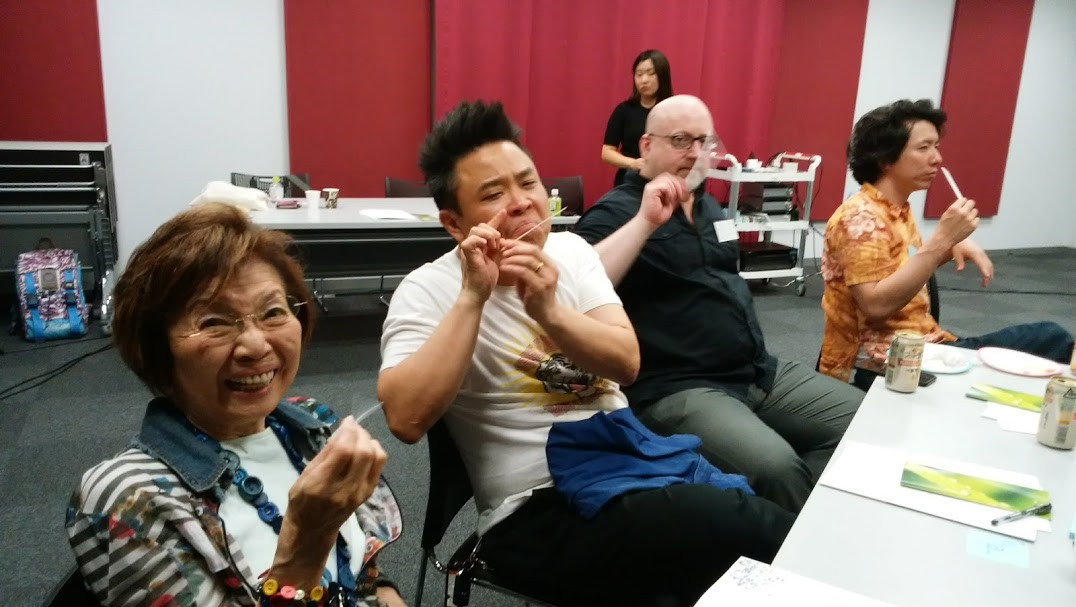 Mariko Yoshida then spoke about the effect of certain types of smell on improving a workspace environment, again linking to better job performance. Going beyond the improvement of workspace conditions, she has also been exploring the role of smell in corporate branding.

Every home has a characteristic smell, and this seems to be true of any place where you find people.

It is said that smell can evoke a memory more strongly than any other sense, and it is intriguing to consider how smell could be used to brand a company in the minds of the people who gather in its corporate spaces. 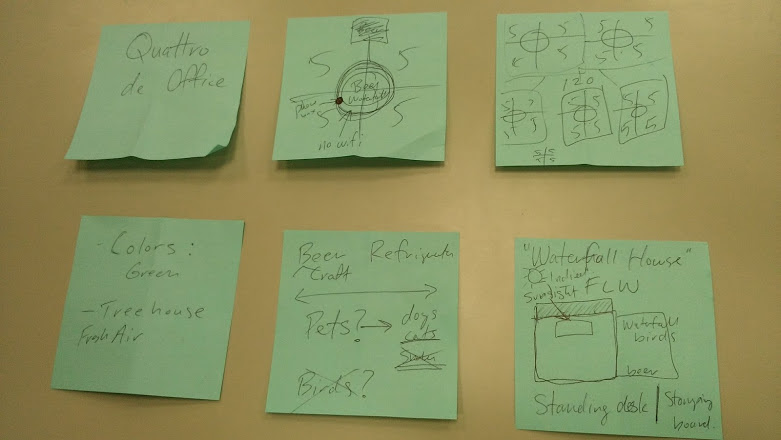 The role of the senses in creating a good workspace seems to be closely linked to bringing features of nature into the office. In the past, every Japanese office featured plants. And green leaves remain the most common natural motif in many contemporary offices. If soothing sounds and smells could be added to the appeal of greenery, it is easy to imagine how much more appealing an office space would become as a place to spend a number of hours each day.

As the discussion developed about how office spaces could be improved, many participants expressed concerns with the huge open-plan offices that are typical in Japan. They explored the possibilities of distinct personal, group, and common spaces to boost the refreshing impact of the work environment. That also led to views about the physical appearance of an ideal workspace, a place where the senses interact with sources of physical stimulation. Obviously, exactly how and where to apply each factor is crucial to the differentiation of personal and public space.

We were left with the conclusion that at the very least, light, sound and smell are key factors in creating the identity of any space, and contribute to how it is perceived and interpreted. Could these variables be used to create spaces without employing physical barriers? This was just one of the interesting questions to emerge from the discussion. 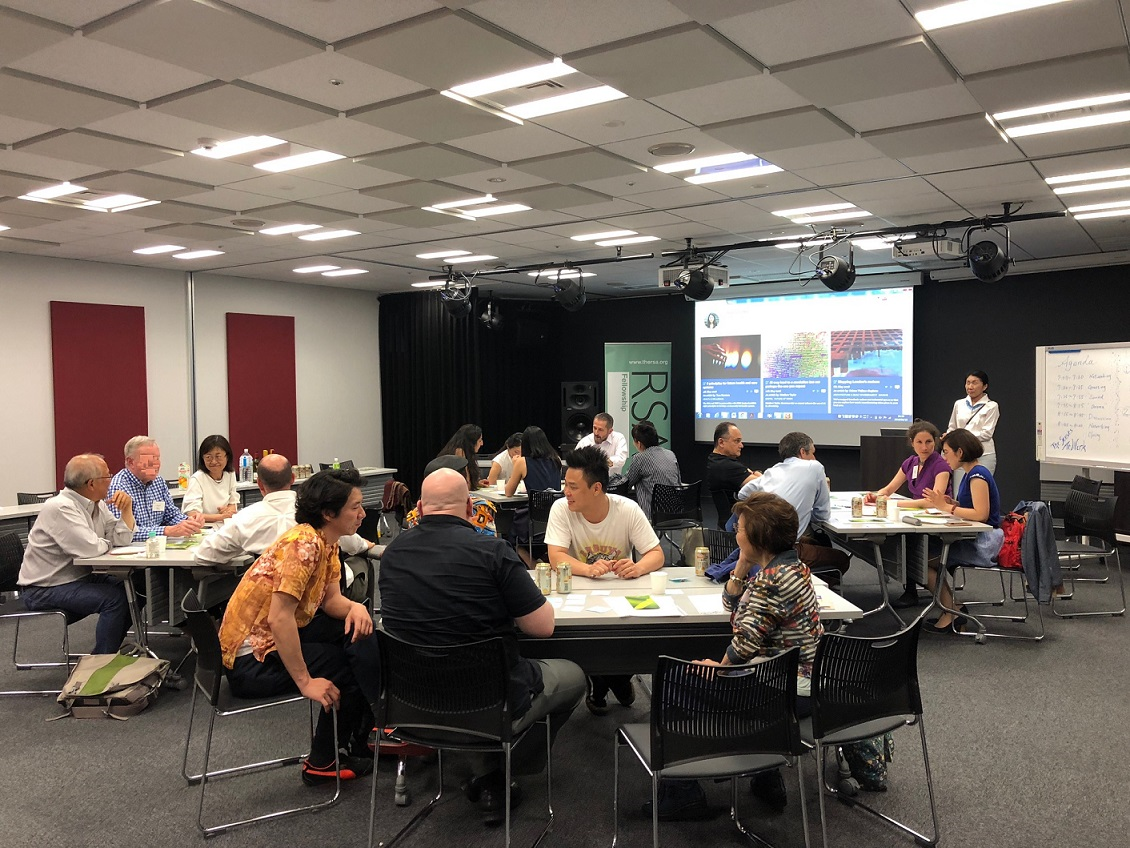 The key factor in successfully harnessing these sensory opportunities seemed to be identifying ways to deliver mini-nature (nature in miniature) in the context of the office.

Some 70% of Japan's territory is covered in forest. The economic value of the timber and other applications of Japan's wood has been decreasing year by year and the future is bleak. But where nature is concerned, it is vital to think big as well as small. Forests are valuable by dint of being forests.

I conclude this report with the words of Margaret Mead, to thank everyone for their participation in this gathering of our small but growing RSA JFN:

"Never doubt that a small group of thoughtful, committed citizens can change the world; indeed, it's the only thing that ever has."