Could regional banks drive more inclusive growth in the UK?

In 1872, the RSA played a key role in expanding the banking services of the Post Office beyond the elites. 150 years later, as bank branches are disappearing from our high streets at an alarming rate, RSA Fellows are leading the way in developing a network of customer owned, mission-led banks.

In 2017, our Inclusive Growth Commission published its final report outlining practical ways to make local economies across the UK more inclusive and prosperous. One core argument was the need to put inclusive growth at the heart of public investment and the commission recommended exploring the role regional banks could play as part of the solution. Stakeholder banks, such as the diverse public-driven banking system in Germany, thrive around the world and are an important player in creating more resilient economies and driving inclusive growth – yet we don’t have these banks in the UK.

Strikingly, there are more than 1.7 million adults in the UK that don’t have a bank account and research from the University of Bristol highlights how low-income households are charged a ‘poverty premium’ averaging £490 a year as they are denied access to direct debit payments or have little option but to access pay day loans and other forms of high cost credit.  As well as poor access to financial tools, many feel economically insecure with 16 million people having less than £100 in savings. Most of these people would be unable to support themselves for a month if they were to experience a small cut in income – something that is a daily concern for the millions of people in insecure work.

At a time of growing economic insecurity, the financial institutions that look after our money are changing. Our banks and building societies have been consolidating over the past twenty years (the ‘big five’ banks have nearly 90% market share), we trust them less, and bank branches are disappearing from our high streets. New research published by consumer group Which? shows that by the end of the year almost 3,000 banks will have shut down since 2015 – at a rate of nearly 60 closures per month. This has already left 1,500 communities without a bank which has a major impact on low-income families that are already poorly served by the big banks, as well as older and more vulnerable people who are much more likely to use their local branch regularly.

And this is just the tip of the iceberg. While the impact of bank closures is felt by individual customers across the UK, the picture is equally bleak for the self-employed, small, and micro businesses which account for over 90% of UK Businesses. A report from Move Your Money in 2016 states that “bank branch closures dampen SME lending growth by 63% on average in postcodes that lose a bank branch. This figure grows to 104% for postcodes that lose their last-bank-in-town. On average, postcodes that lose their last-bank-in-town receive almost £1.6million less lending over the course of a year — a significant and damaging drop in funding for areas that are already under commercial and economic pressure.” Clearly something needs to change.

Creating the conditions for change

The financial crisis emphasised the need for greater diversity in our banking sector and a stronger focus on sustainability and local investment. In 2014 the coalition government passed legislation which has enabled new socially-focussed and regional banks to compete with big high-street banks, as well as a host of other emerging challengers – mostly fintech companies such as Monzo and Atom Bank. While challengers such as Monzo promise to ‘build the bank of the future’, they offer little to those most affected by branch closures or over 5 million adults in the UK who don’t have access to the internet.

Over the past few years the Community Savings Bank Association (CSBA), led by RSA Fellow James Moore and a group with over 150 years banking experience between them, have been developing their ‘bank in a box’ model, making it easier and cheaper to set up a regional bank. These banks will have relationship banking at their heart with a combination of manned branches,giving branch managers with local knowledge autonomy, as well as satellite branches that will use cutting edge IT, automated ATMs, and video-conferencing, open 24/7. By using local savings to provide loans to local business, money will be increasingly retained in the local economy driving inclusive growth. All members will be charged a transparent monthly fee (£5 for individuals & £10 for businesses) to fully participate in the bank, while tackling the myth that bank accounts are ‘free’ and stopping these costs being passed on to people who can’t afford them through excessive overdrafts fees and other hidden charges. The vision is to have eighteen independent co-operative banks, covering the whole of the UK to serve local people and business - it’s a bold aspiration, but there is still much work to be done.

Turning a bold vision into reality

At the RSA we’re supporting the CSBA get these banks off the ground as part of our new Transform Programme. Each bank will need to raise a minimum of £20 million capital investment, be granted a full banking licence, and attract the necessary customers needed to operate as a sustainable business. In September last year we hosted a seminar at the RSA for local authorities in London, which is starting to feel like a pivotal moment in our movement to re-build regional banking. 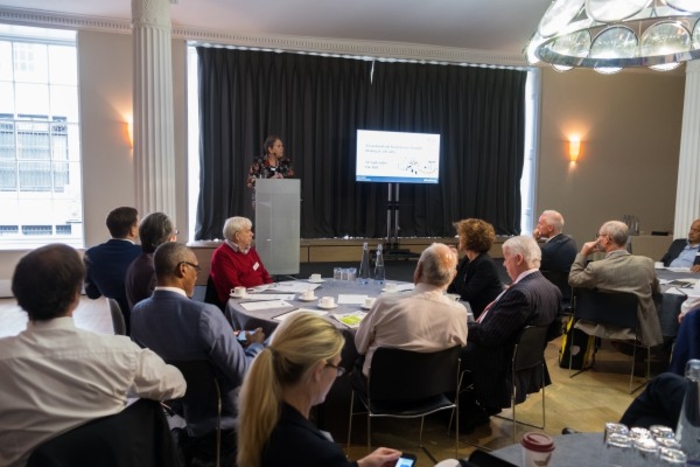 Since then we have engaged with policy makers across the UK to put forward the case that these local banks are essential to delivering inclusive growth. We are currently supporting the development of three banks – Greater London Mutual; Avon Mutual (covering Bristol, Bath, Wiltshire Gloucestershire & North Somerset); and South West Mutual (covering Dorset, Devon, Cornwall, South Somerset & Isle of Scilly) with others exploring how they can move forward in their areas. RSA Fellows are at the heart of driving this movement, involved as founder members, advisors, board members, and investors -helping us grow this movement from the ground up. Over the next year we will be working with this group to raise further investment, develop key partnerships, build campaigns, and mobilise people to show the demand for a different model of banking that puts purpose, place, and participation at its core. We aim to open the first of these new banks in 2019 and hope you will join us on this journey.

With the impact of the 2008 financial crisis still being felt and the uncertainty of Brexit ahead, the need for banks rooted in our communities across the UK has never been more pressing. What better way to achieve this than putting them in the hands of the people. Just as we influenced the extension of the post office saving bank 150 years ago, the RSA is again leading the way in the movement for banks controlled by the communities they should be there to serve.  If you would like to find out more about this work and get involved, please sign up below.

Mark Hall is Deputy Head of Engagement at the RSA. You can find him on twitter @MarkHallRSA or get in touch via email at [email protected].

Thanks to the William Shipley Group for RSA History for bringing to light our previous work with the post office savings bank.