High but not dry & out on a limb

It is the hottest day of the year so far as I lift my bike onto the train at Kings Cross. I’m heading to Edinburgh, set for the coming week cycling across the Highlands to speak to rural communities for the RSA Food, Farming & Countryside Commission.

The first half of my train journey is illuminated by fertile fields of bright yellow rapeseed under deep blue skies. I transfer to Glasgow and then to the west coast, and the blue skies disappear behind thick fog and the gently rolling hills morph in to rocky peaks and sheer slopes. The landscape changes dramatically, strikingly harsher and wetter than before.

84% of land in Scotland, and almost all of the land in the Highlands & Islands, is classified as Less Favoured Area (LFA), compared to just 16% in England. Poor soils, harsh weather conditions, distance from markets, lack of infrastructure and few public services define rural life - this is the most remote land in the UK. 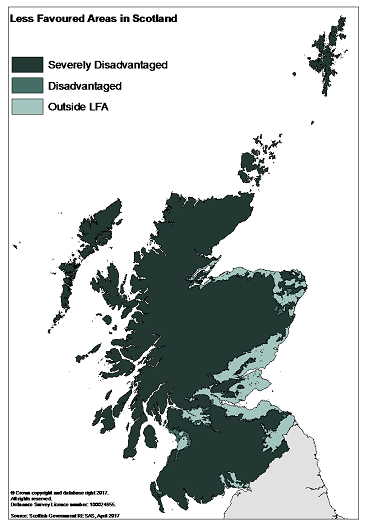 Geography and climate dictate agricultural feasibility in the Highlands. Arable farming is practically out the question - cattle and sheep are the lifeblood of farming communities here. The hillsides are dotted with hardy breeds like Highland Cattle and Scottish Blackface sheep. Farming here is heavily subsidised. ‘We can’t compete without support payments,’ noted Neil, a Scotch Beef farmer just south of Oban, ‘but we need a different kind of support to the rest of the UK in recognition that we’re out on a limb.’ Crofters echoed this sentiment but wanted it to go even further to recognise the different barriers to production within Less Favoured Areas, ‘there’s a big difference in productivity between a lowland croft and me on Skye – the LFA Support Scheme doesn’t go far enough to define poor quality land.’ The possibility of a change to import markets stoked these concerns; crofters on Skye are ‘price takers, not price makers,’ many rear stores - young, weaned animals - to be fattened on lowland pasture elsewhere in the UK. ‘South American and Irish beef has the potential to really distort the market’ said Neil. The combination of a change in subsidies and a change in the import market could mean the collapse of these small farms. 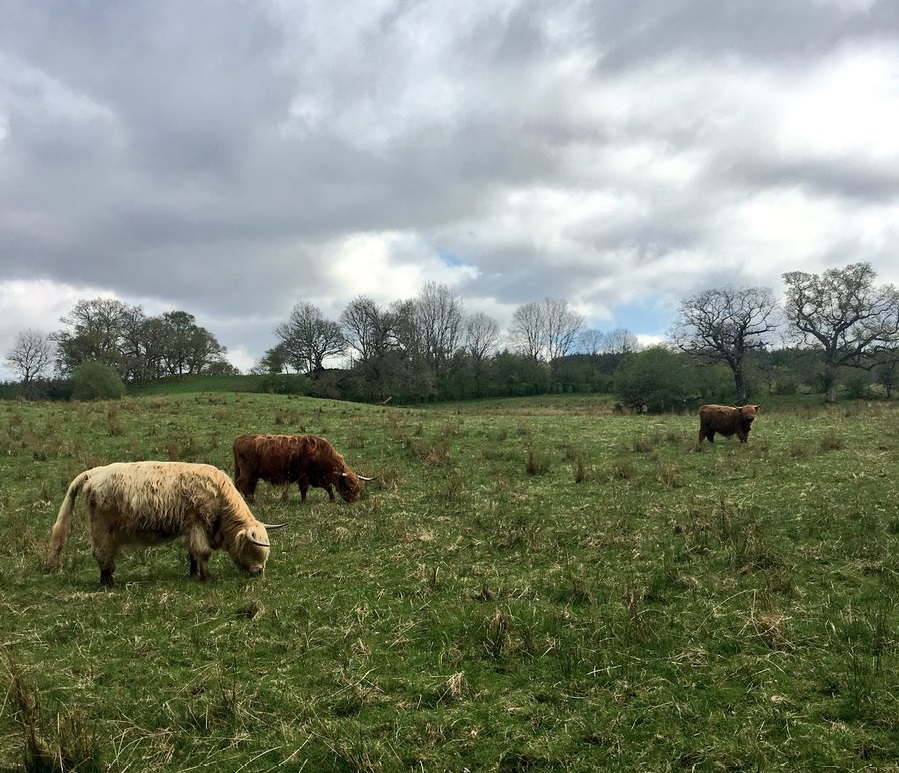 In January this year, the only abattoir in Orkney closed its doors, forcing crofters and farmers to transport their animals 150 miles south to Dingwall on the mainland to be slaughtered and processed. Alistair on Skye, who is part of a committee working to bring back an abattoir to the island, tells me, ‘it’s an 8 hour round trip to take animals from Skye to slaughter, it’s bad for animal welfare and it’s time inefficient for the crofters.’ In the last decade a third of small-scale slaughterhouses have shut down in the UK, due to high costs and squeezed profit margins. The Skye abattoir project has planning permission, designs and a large amount of local support but needs extra funding to get off the ground. It won’t ever make a profit but the animal welfare, environmental and social gains are huge, as well as improving traceability for Skye’s burgeoning food offering, ‘Skye is one of the best islands in the world for food and drink, when people visit the island they want our local produce prepared by local people.’

The stream of campervans and mobile homes whizzing past my ear on the roads north of Fort William were a constant reminder that tourism is big business in the Highlands. Over 1 million people visit Skye every year, hugely increasing the island’s permanent population of 12,000 in the peak summer season. Alistair told me, ‘the tourism boom has evolved with technology and the development of the backpacker bus industry, but social media is the reason for the huge explosion in numbers in recent years.’ Increasing demand to visit the island has resulted in increased demand for accommodation. A crofter said, ‘you get more income renting out your house than doing a low paid care job, so it’s understandable people are going down the AirBnB route rather that renting to local families.’ People aren’t building to rent on the island as the tourism market is so seasonal, the only support to build property is through the Crofting House Grant Scheme, a points based system offering a small sum of money to tenant crofters or croft owners to build property on their land – welcome assistance, but not quite enough to help aspiring crofters on Skye make their way. Pam tells me there’s been an influx of wealthy southern English families buying holiday homes on the island, leaving a lot of property empty for most of the year. If young local people can’t afford to rent on the island, just how beneficial is the current model of tourism on Skye to the community as a whole?

The Gaelic medium was bought back to Skye in 2005, giving parents the choice to send their children to fully Gaelic speaking schools. The drive to bring back the language has divided opinion, with critics saying small communities should not be divided by language at such a young age. A crofter I spoke to was of the generation dissuaded from speaking the language but in favour of the return, ‘you used to have to go away to be a success, now with the Gaelic college and TV & media station you can stay on the island.’  A resurgence in traditional crafts such as basket weaving and a renewed pride in culture has given young people the knowledge and tools to create meaningful work and forge careers on the island. I left Skye impressed at how empowering people to celebrate culture and embrace a sense of place has become an alternative tool to help create a thriving community. Gaelic identity has been an important driver of rural development here creating pride in these remote communities with their strong cultural heritage.

What is a public good anyway?

Public money for public goods has been Defra’s strapline for the change in direction in agricultural and countryside policy since the EU referendum, but what exactly does it mean for the small-scale crofter working the land out on the west coast? The very nature of crofting as a more subsistence style of agriculture with a hands-off approach to land management means that fertilisers, pesticides and regular ploughing are not common practice. Lucy in Ullapool wanted future policy to focus on good practice as well as food production.  Currently the Scottish Upland Sheep Scheme pays on a price per head basis, which encourages farmers to keep a flock of lambs over twice the recommended size, flooding the market when time to sell and driving down prices for other producers.

Before the highlands were heavily logged, this was forested land. Lucy received EU funding to plant 10 acres of woodland, under which she will continue to graze sheep once the woodland is established. In doing so, grazers reduce their flocks, but also their inputs, yielding a higher return per head and an additional yield from forestry. Are these biodiversity yields a public good? EU funding also enabled Lucy to build an onsite butchery, allowing local farmers to add value to their lamb, further increasing yields per head as well as building social and economic capital in the region. Are these social yields a public good?

The complexity and global nature of the food system is nowhere more apparent than in the remote village of Achiltibuie. Michael fishes for langoustine with a co-operative, exporting 100% of their catch to Italy, France and Spain as the price is so much better on the continent. ‘If you’ve ever had a langoustine in a paella in Barcelona you can bet that it was from Scotland.’ The fishermen are entrepreneurial and follow the market; appetite for high quality shellfish in China has reinvigorated the crab fishing industry in the area - ‘in the UK you’d be lucky to get £1.20/ kilo for crab, but the Chinese buy females for £4 to £5.’ The prospect of post-Brexit tariffs on exports caused little concern; ‘demand is so high for langoustine if tariffs are imposed we’ll adjust the price accordingly. If they do get too high, we’ll sell to Asia instead.’ 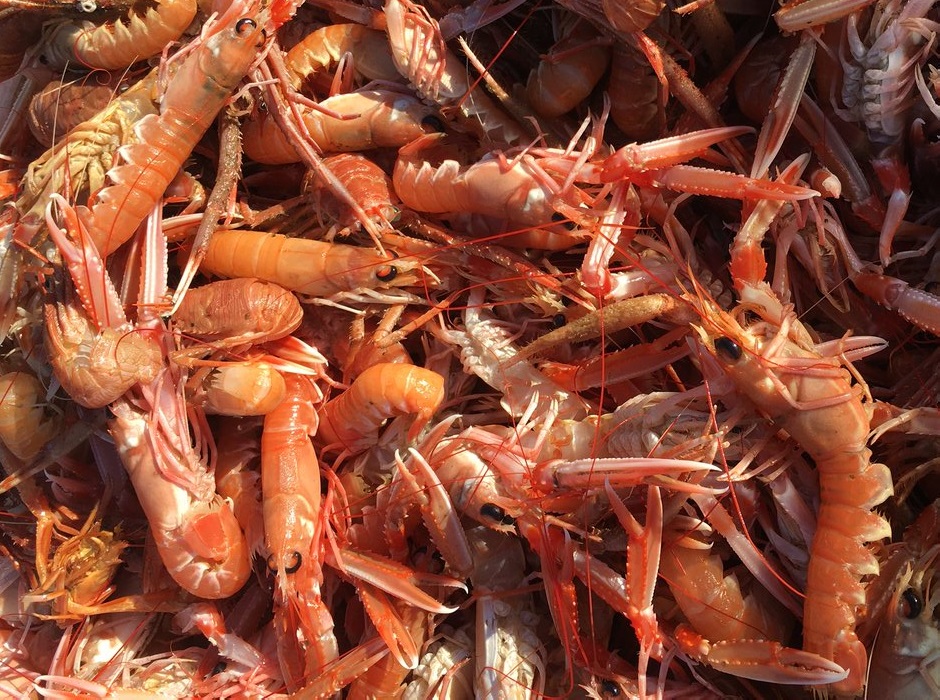 Out on a limb

The Highlands are different. It is hard to comprehend the remoteness of the area –one of the most sparsely populated in the European Union, on a par with northern Finland and Sweden. This low population density leads to additional costs in the provision of goods and services. Laura from the North West Highlands Geopark told me, ‘we’re limping along the middle path. We still pay council tax, but for what? We see very little return in public services, it makes life really difficult.’

And yet this is an area still very well connected to a global market, when it pays to do so. Exporting langoustine and importing vegetables is par for the course… as is building golf courses visited by global tourists. Akin to northern Finland and Sweden, the highlands have a rich culture – people’s living with one foot in deep relationship to land, story and tradition, and one foot comfortably amongst modern norms.

Finding a happy marriage between economic and social policy in places like the Highlands is challenging at best. But one thing is certain: the solution here will be as unique as everything else about this wild and rugged limb of the country.