Why the Windrush Legacy must be remembered

The relationship between this country and the West Indies and Caribbean is inextricable. The first British ships arrived in the Caribbean in 1623.

This was the opening sentence of MP David Lammy's profound contribution in Parliament during the challenge to the UK government around the Windrush scandal. The weeks that followed resulted in a massive fallout and the resignation of the UK Home Secretary. This proved especially embarrassing for the UK government as it coincided with the UK’s host activities of the 2018 Commonwealth Heads of Government Meeting. However, watching this from afar I was equally incensed but not surprised. This was personal and it further reinforced a long legacy of exploitation between the Britain and its former colonies.

I am always incensed when in the discussion of Britain’s history, the legacy of slavery and colonialism gets a muted mention. It happened a long time ago so we ought to move on is something I often hear. To this, I am always rendered speechless. It is the same feeling that came over me when I pored over the slave schedules for my native Trinidad at the UK National Archives. Each slave carefully accounted for line by line, ledger by ledger to document their worth as an economic asset and later used to accrue compensation after slavery’s abolition. [1] I will not go into the substantial case for reparations but I must say how you see the world depends on where you stand.

The steps of No. 10 Downing Street are very different from the docks at Port of Spain, the capital of Trinidad and Tobago. In June 1948, the Empire Windrush commenced its Caribbean journey there and travelled north via Kingston, Tampico, Havana and Bermuda. The passenger ship was eventually loaded with 492 persons bound for England. The ports of the Caribbean Islands have witnessed many comings and goings over the centuries, loaded with slaves, indigo or the British cash cow “king sugar” during its peak in the 18th and 19th century.  This triangular trade has bounded the West Indies to the British Empire ever since the first ship landed.

From abolition until their independence, British Caribbean Colonies were governed by colonial administrators which did little in the way of the development of its peoples and the islands. Thus, it was essentially economic opportunity which attracted many to leave their island home and accept the invitation of the British Empire.  Many were returning to the UK after serving in World War II, some were keen to work in the National Health Service (also 70 years old) or to drive buses for the London Transport. It is not lost on me that many of them settled in the very cities which were the main arteries and key benefactors of the slave trade: - Bristol, Manchester, Liverpool and London. Again, how you see the world depends in large part where you’re standing.

For many, the dehumanising treatment which the Windrush Generation was subjected to recently is sadly the latest episode in a long running series. At the peak of the fallout, a retired nurse seated next to me on a bus in south London said, her English bathed in a heavy Jamaican accent, “you think it is bad now, what we had to live through was worse” in reference to Enoch Powell and his inflammatory speech.

Writing about the Windrush scandal, my colleagues have previously discussed what it is like to feel othered in a place where they are encouraged to fit in and how in the haste to act and enforce immigration rules resulted in dehumanising policy directives for so many.

To those of us from the Caribbean, the Windrush scandal cuts deeper. It hurts. The late Samuel Selvon in his 1956 classic “The Lonely Londoners” said it best “is we who bleed to make this country prosperous.”  The Windrush Generation has contributed positively to every aspect of British life since the 1948 landing up to present day. This is without dispute and oddly enough I was happy that the MPs spoke about their constituents earlier this year and reflected the men and women I knew and not the caricature of “those people” often posited by the media.  The stories were human. Their lives were rich and thick in texture and nuance.  Statistics leapt off the pages and were made real. Some may not agree with Selvon’s statement but again how you see the world depends on where you stand and what your experience has been thus far. 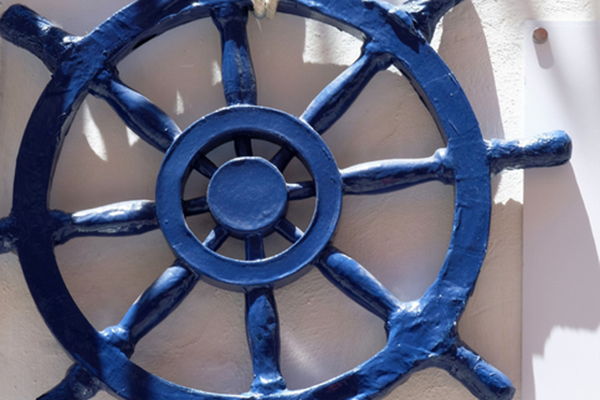 The Caribbean islands have been at the epicentre of the struggle amongst the big world powers since the first ship landed in the region. Since then its resources, human and natural have been exploited to optimize the growth and development of the metropole. However, despite this the Caribbean heritage, forged in the Middle Passage, is one of rebellion, resistance and survival.

At the end of this summer, an estimated 2 million people will participate in the London’s Notting Hill Carnival, the biggest street party in Europe. For some people, its origin is not widely known. Against the backdrop of  the race riots of 1958, an indoor carnival was arranged by Claudia Jones in 1959. In 1966, the contemporary street festival of Notting Hill Carnival was envisioned by Rhaune Laslett who sought to bring the community together comprising mainly of West Indian, African and Irish people. Most recent estimates indicate that Notting Hill Carnival generates £93 million to the London economy and showcases the rich heritage of the Caribbean diaspora in the UK. It has since become an annual London street party which attracts people from all over the world.

But many are unaware that its heavy Caribbean influence is rooted in the spirit of resistance to British Colonial Rule from Trinidad.

Yes, that Trinidad – the Empire Windrush’s first port of embarkation in the Caribbean.

The connection between the past and the present is apparent. To deny the existence of one negates the other. I mention Notting Hill Carnival because it tells the story of all of us. It also tells the whole story of who we are, where we come from and the rich complex tapestry of our British society.

All stories are interwoven and interlinked. Each with a history layered with nuance – made up of both light and shadows. It is important that after these scandals emerge we probe ourselves even deeper and honestly seek to correct our wrongs. To do anything else would be indecent. Moreover, we need to recalibrate who we are as a society and how we can move forward.

Hopefully we will decide to do so together with dignity and respect for all.

Happy Windrush week to all.

[1] I developed an even worse feeling when I recognised the names of slaveowners. They were the surnames of people and the street names I knew.