Civic museums are the local institutions dotted in cities, towns and villages across the country that focus on the relationship between their place and its people. Without the global prestige of national museums or specialist collections, for many they may evoke memories of rainy school holidays, or beautiful but dilapidated buildings which councils and volunteers struggle to maintain and keep open. However, these institutions house a wealth of knowledge and potential related to the history of their places and local people, across hundreds of communities.

This week, the English Civic Museums Network (ECMN) published a compelling call to arms outlining how these local institutions have the potential to become powerful catalysts for social change in their communities.

The sector is rooted in the nineteenth century reform movement and ECMN outlines how civic museums can rediscover this focus, enabling them to bridge the increasingly contested spaces between the state and local communities, and between the government and citizens. 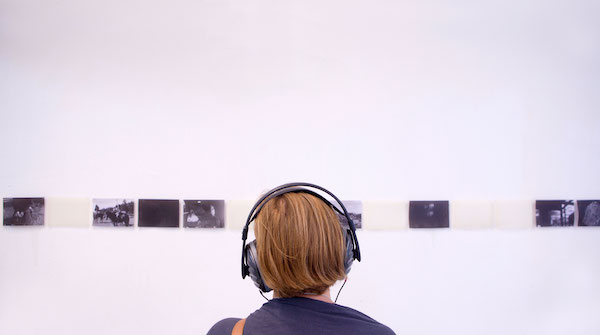 ECMN’s call for change builds on RSA work around Networked Heritage and the Heritage Index; we have long highlighted the importance of heritage to the identity and prosperity of local places and the people that live in them. But how do communities and citizens relate to their heritage, and how can a connection to your local heritage amplify your voice, and that of your community, when decisions about the future of where you live are being made?

We have seen that when people know the stories which have shaped their place, and that connect its past to its present and future, they have a better understanding of the context in which change happens. This in turn creates a stronger sense of efficacy for citizens and communities driving the social and economic changes they need in their local area.

Simultaneously, we are also seeing those in traditional decision-making positions - policy-makers, politicians and developers - distancing themselves from the language of ‘regeneration’ and the unintended or negative consequences it has become a byword for: gentrification, displacement and the loss of social ties and support networks.

Instead, a new lexicon of ‘place-making’ and ‘place-shaping’ has emerged. While in part a semantic manoeuvre, it is also indicative of another important shift. Crucially, it recognises the shortcomings of regeneration, and acknowledges the need for a more holistic approach: that flourishing places need more than aspirational but homogenous redevelopment. They also need stronger connections between citizens, effective public services and robust civic engagement.

This change represents a valuable opportunity for people to assert themselves as the real place-makers in their communities. Connecting people with their heritage is a powerful mechanism in this process – it is a collective, place-based asset around which citizens can mobilise. A powerful example of how this mobilisation can work in practice is outlined in a recent blog by RSA Fellow Jon Pratty about the development of a community-led, town-wide digital arts and heritage network in Hastings, which provides the space for a live ‘Museum on the Street’.

ECMN’s report is an important, sector-led step towards realising this vision of heritage organisations supporting citizens and communities to become empowered, effective place-makers. But it also recognises that for civic museums to become ‘reform catalysts’ in their local communities is no small task.

Crucially, as well as identifying the key characteristics which civic museums should strive to embody, ECMN also offer up credible strategies for responding to ongoing funding cuts, as well as tactics for overcoming other barriers impacting civic museums at both an individual and collective level, such as financial models and the lack of a shared vision across the sector.

The RSA, and our Fellow-led Heritage Network continue to advocate for heritage organisations becoming more open, inventive and better connected so that citizens are enabled to become active producers, participants and co-commissioners who utilise their local heritage to secure tangible social benefits.

ECMN’s report is a critical, sector-focused intervention which outlines practical steps for how a focus on place and heritage can help tackle local social and economic challenges. But its proposals have implications far beyond the heritage sector or specific local places, and embodies a vital message for both traditional decision-makers and citizens with a stake in the emergent model of place-making: that this is not about places becoming more inward looking or insular, but more outward looking, well connected and able to collaborate and learn from others.