Global Perspectives on the Future of Work

For many of us the future of work has become synonymous with robots taking over our jobs mimicking the story line of cult classics where human beings have lost control and advanced technologies dictate what we do and how we live. Although this is a compelling narrative it is not completely true. 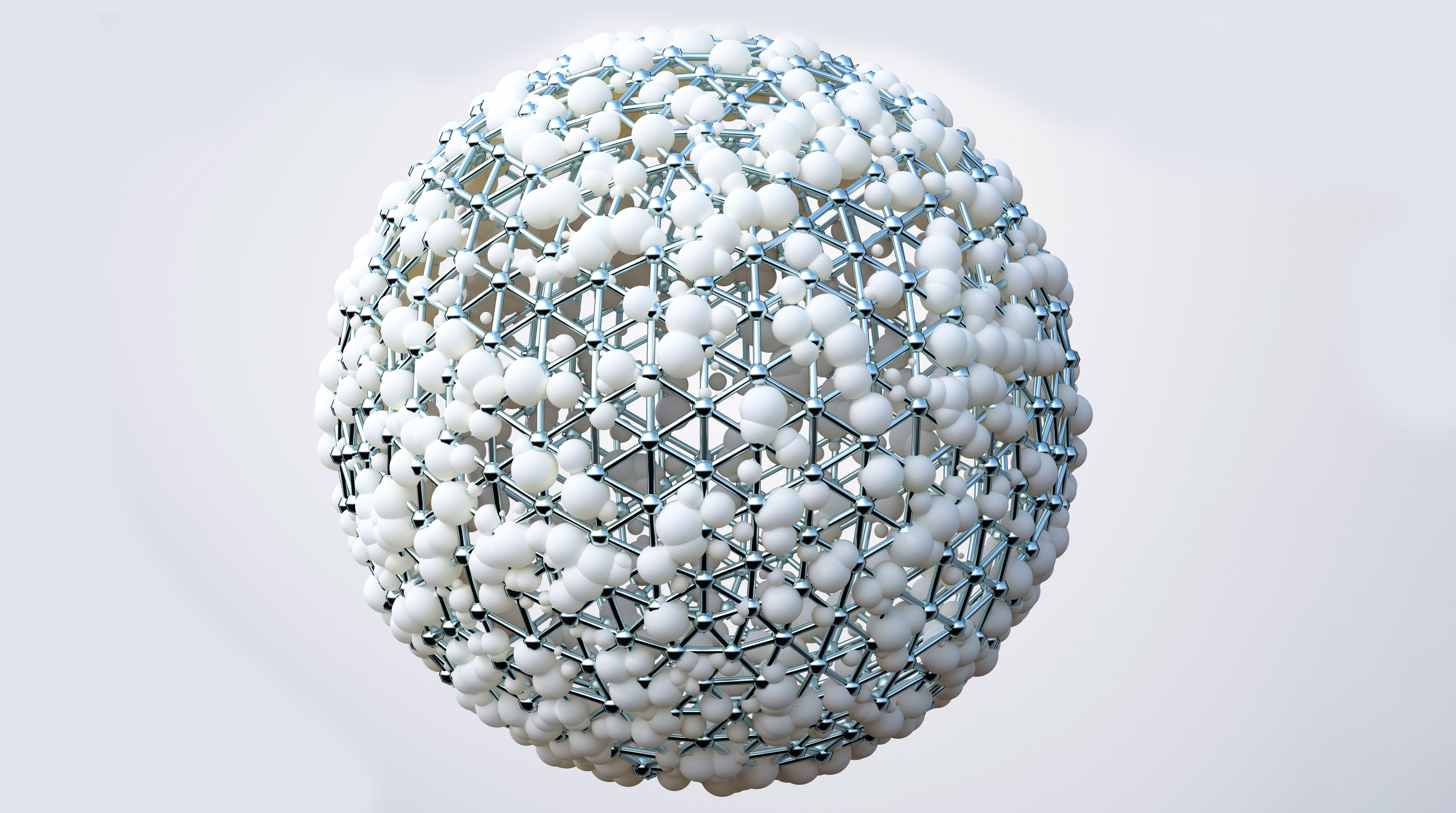 What is the Future of work?

If we search the alphabet soup of international/multilateral agencies – EU, OECD, IMF, UN and its related agencies, they have all examined the changing nature of work and what it means for regions and individual countries.

For me, International Labour Organization (ILO) puts forward a simple but very profound point of view, in that despite its global impact there is no one future of work.  Each country will have to confront its own challenges, which have been largely shaped by its history, level of social and economic development, culture and demographics.

However, the splintering effects of the key drivers to the future of work -globalization, demographics, rapid advances in technology and climate change - will set the terms and thus lay the foundation on how governments and institutions negotiate the new state of play.

Globalisation to the 10th power

A recent NY Times article profiled an American steelworker who after 17 years was about to lose her job. Management decided to move jobs to Mexico where the cost of labour was significantly cheaper. Although this was good for business, the uncompromising benefits of globalisation to the company’s bottom line removed an invaluable anchor in her life.

Through the mechanisms of reduced trade barriers, globalisation has been the conduit which enabled companies to deploy their supply chain globally to maximise profit. However, imagine this story being replicated in towns and cities in many advanced economies particularly in areas where a significant portion of the local population is dependent on a sole employer. Imagine the impact this has on individual lives and entire communities.

The obvious complication is that globalisation has also allowed many in the developing economies to be lifted out of the poverty and expanded economic opportunity in many emerging economies. However, it has simultaneously contributed to the unequal distribution of wealth (and power) within and between territories.

According to the ILO, technologies such as automation and the internet of things have great potential for increasing productivity in key sectors such as agriculture particularly in Sub Saharan Africa and South-east Asia. The adoption of technology in these sectors will be nothing short of transformative since they have the most challenging jobs and many workers live in subsistence conditions.

For many in the developing world, adoption and knowledge creation is not at the forefront of their minds. Many are just trying to survive working in markets, on street corners or hidden from public view. According to the ILO, the informal sector account for more than 76% of employment in the developing world and 46% in emerging economies.[1] Therefore, technology presents the opportunity for them to radically raise productivity and transition into the formal economy. However broadband coverage is a potent constraint since it is largely characterised as uneven in those countries and not many possess the digital skills or access to accrue any associated benefits. So while advanced economies are preoccupied with talk about blockchain, internet of things and other radical technologies, many developing nations struggle to provide with basic broadband coverage.

In other parts of the world the situation is more complicated. In the United States where the rate of technological adoption is greater and has led to job losses particularly in the manufacturing sectors where between 2000 – 2010 about 5.6 million manufacturing jobs were lost of which 85% was due to technological change.  However over the next 10 years, there will be a growth in hybrid jobs which will require a mix of highly specialized skills.

The emerging prospect of reshoring may complicate matters further since it will reverse the offshoring trend which appeared from the onset of the 1980’s where companies shifted production to Taiwan, Korea, Singapore and Hong Kong and in the case of the US outsourcing to Mexico and with it many jobs.

Naturally, countries such as Vietnam fear reshoring since it will eliminate their comparative labour cost advantage and thus impact key sectors such as footwear, textiles and apparel. More critically with jobs returning to the advanced economies as a result of automation, it removes or limits manufacturing as a viable mechanism employed by many low income countries to “move up the escalator” fuelled by rapid economic growth towards middle income status and ultimately high income status.

So, the key question for policy makers in both developed and developing economies is will the benefits accrued from advanced technology be shared equitably? Or will we continue to go further towards the extremes both between and within countries. It is critical that the productivity gains from technology are more equal than unequal.

For countries with an aging /shrinking working population, a rethink is required on who can work. It may require governments to be flexible on immigration policies to fill available jobs to meet economic growth objectives. e.g. Japan. This is great for the receiving country but for the countries of origin it is a mixed bag. It can lead to increases in remittance flows to country of origin or brain drain and depletion of highly skilled labour. It can also include involving more women to undertake paid work. e.g. Korea

In other situations where the working population is expected to increase, the youth bulge presents an opportunity to accrue a demographic dividend. For the continent of Africa, it is projected that the working population will increase from 57% in 2015 to 67% in 2050.[2] This exerts considerable pressure on national governments to find economic opportunities to absorb significant numbers of school leavers every year. It also forces them to confront the downside of rapid urbanization as more young people typically look for work in urban centres.

Another demographic change can arise due to the influx of displaced persons fleeing natural disasters or civil and armed conflict. For regions such as the Middle East the latter is a stark reality where countries such as Jordan and Lebanon have kept their borders open despite their own domestic economic conditions. This has implications for the support mechanisms in place for displaced persons and what happens after the conflict ends.

Lastly another key driver is climate change and its impact on rising sea levels, more unpredictable weather conditions, coastal erosion and increased possibility of natural disasters such as hurricanes and typhoons. For the developing countries particularly, the small island states of the Caribbean and the Pacific, the impact of climate change on fishing, tourism and agriculture is devastating leading to loss of livelihoods and rising rural poverty respectively.

For these countries, migration is a “survival strategy” where people leave the rural communities to go to urban areas or will migrate to other countries to pursue economic opportunities. Again, this repeats the problem of brain drain mentioned previously.

More than sum of its parts

In attempting to write this blog I wanted to briefly explain how the drivers contribute to the changing nature of work around the world and neatly conclude some key points policy makers should consider. But I realised quickly that this is a fool’s errand.

The worry here is that these drivers intersect. For example, if the youth bulge is not equipped with skills to participate in the digital economy and automation displaces jobs tasks, then the demographic dividend will not be a reality. For countries in the Middle East and North Africa the failure to exploit the youth bulge to generate economic growth and prosperity will inevitably increase the attractiveness of criminal activity or even terrorist networks due to a weak social security apparatus or strained social safety net.

And if reshoring is indeed a likelihood, what option is there for low income countries to increase productivity, absorb low skilled labour and engage in international trade to accelerate economic growth?

Similarly, if the loss of jobs is not stymied by an agile skills/workforce development ecosystem with the simultaneous creation of economic opportunities, further cleavages in society will prevail. One can look no further than the current US opioid crisis as nearly half of working age men who are unemployed are using pain medication on a daily basis.

Or more pointedly at the stark results of 2016 US Presidential election to see where for the first time in history “the losing presidential candidate carried so large a share of nation’s economic base” and the deep polarisation on display currently.

The latter may not be a big deal to some but imagine this replicated in young democracies still finding their feet. Where there are distinct groups in the majority or minority who are marginalized and ostracized from economic opportunity. Imagine what will happen there. One can look no further than Indonesia and South Africa for a preview.

Ian Bremmer mentioned the above point in his recent book, Us vs Them. He further stated that the main factor which “will undermine confidence in governments and institutions going forward is the pace and scale of technological change in the workplace.” This is in fact two tiered: - “vulnerability to automation and its disruptive effects and the state’s capacity to respond.[3]

The challenge I faced writing this blog mirrors what global societies are facing in dealing with the future of work. The drivers individually impact the world of work but also intersect to create a molotov cocktail of challenges.

For developed economies the challenges are great but not insurmountable but for developing countries or emerging economies they are exacerbated by fiscal constraints which limit the ability for governments to reinvest in skills training, enhance social safety nets or even reinvest in new technologies.

Despite the pace and velocity, these challenges require governments and institutions (in all countries) to be fast and agile to respond effectively. Or else the disruptive effects will reverberate for generations to come.

Interested in how different countries are responding to future of work challenges, read Good Work across the globe  or visit the RSA Future Work Centre.

Alternatively, our Future Work Awards are open for nominations. If you run a good work initiative or know of one that deserves attention from across the globe, you can submit a nomination through a short online form .