Our call for action on deliberative democracy

This week the RSA- working in partnership with Involve- has issued a call for action on deliberative democracy. The call comes during National Democracy Week and in conjunction with the RSA’s Chief Executive’s Lecture entitled What Democracy Needs Now. 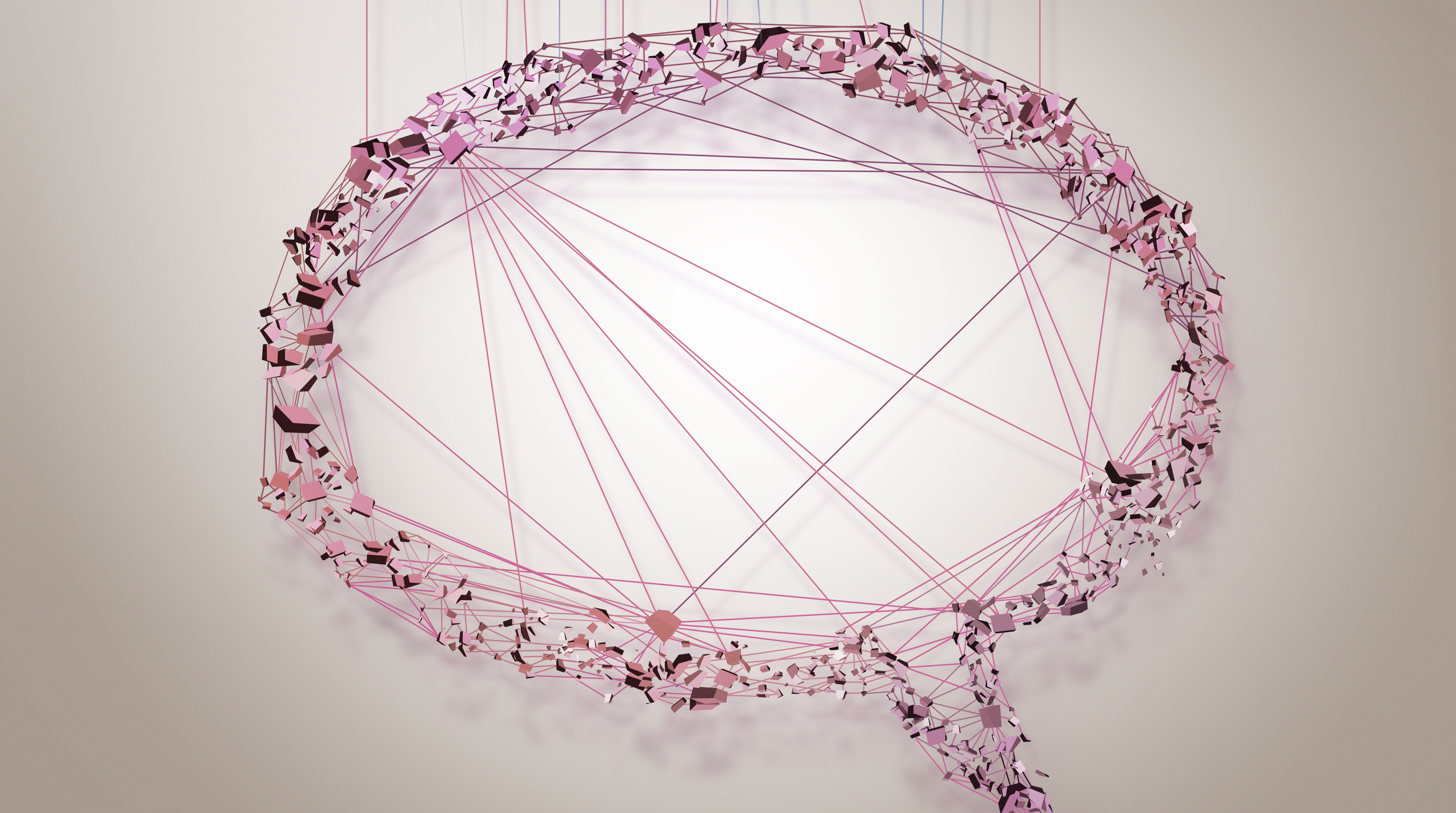 The canvas upon which our democratic concerns are painted is very broad. Matthew Taylor’s lecture began with a description of ‘great intertwined forces’ of globalisation, corporate power and technological change that are destabilising liberal democracies the world over and diminishing our sense of personal and community agency. But far from presenting grand solutions of the kind put forward in recent times by Charter 88 or the Power Inquiry, we are instead promoting something apparently less ambitious: deliberative democracy.

What is deliberative democracy?

Deliberative democracy has its roots in the Athenian-style democracy that originated in ancient Greece where decision-making was carried out by large gatherings of citizens, largely without the aid of ‘representatives’. It is based on the idea that authentic discussion between free and equal citizens can enable consensual decision-making which has legitimacy and is much less vulnerable to the distortions that come with party politics. (As David Van Reybrouck accurately observes in his book Against Elections, voting for representatives was introduced by the bourgeois meritocrats as a means of quelling the masses at the time of the American and French revolutions.)

There are different forms of deliberative process including citizen’s juries, panels and assemblies but most are underpinned by a series of principles which can be summarised as follows:

[Adapted from the work of James Fishkin]

Some forms of deliberative democracy adhere to quite strict rules or processes to ensure such principles are implemented in practice and many rely on particular processes of selection or recruitment of participants, sometimes known as ‘sortition’, to ensure the broad representativeness and legitimacy of those taking part.

Deliberation and its relationship with other democratic practices

At the lecture, we heard examples of deliberative democracy in action including about Ireland’s recent experience of citizen’s assemblies which came from the Irish Constitutional Convention and Involve’s work on health and social care called for by 2 select committees, each exemplifying how processes of deliberation can complement wider processes of direct or representative approaches. Too often deliberative democracy is counter-posed against other democratic practices or seen as a threat to the representative system. Such concerns are misplaced. In fact, modern democracies need a rich ecosystem of democratic practices supported by strong legal systems, different forms of citizenship education and a free press.

In an attempt to consider the relationships between different types of democratic practice, we have developed the matrix below. 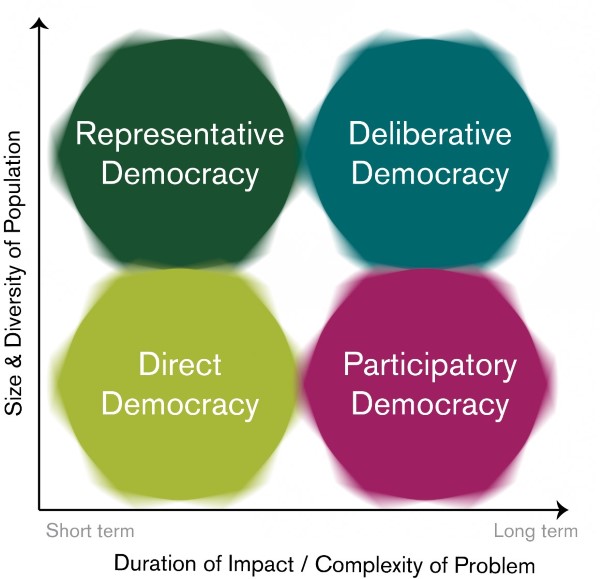 Difficult policy decisions will inevitably need a range of different democratic practices but it is possible to argue that some types of democratic process are more adequate than others in addressing different types of policy challenge. Our model suggests that for relatively uncomplicated policy choices of a relatively short-term nature more direct or representative types of democracy can be well-suited to efficient decision-making. Where populations are larger or more diverse then representative approaches are better suited to ensure the legitimacy of the process; smaller, more homogeneous groups can be trusted to use more direct decision-making processes such as referenda.

However, for some of the more complex and long-term challenges facing contemporary society, the short-term political horizons of the party political system and the binary choice offered through referenda lack the sophistication to come to difficult decisions. Here, more deliberative or participatory approaches are required, again, depending on the size and the diversity of the population affected. Local challenges can often be addressed through well-facilitated participatory approaches, but where populations are more complex then a process of sortition – or another means of selecting a representative sample of the people concerned – is vital to ensure the legitimacy of decisions reached.

Once again, the model is not to suggest that any particular group of democratic practices should be pursued in isolation. Some of the best deliberative approaches are ‘commissioned’ by representative bodies which then weigh up the deliberative evidence before voting or holding referenda on the issues in hand but what seems to be missing from contemporary understanding in the UK debate is the vital role that deliberative democracy could play. Hence our campaign.

Our call for action

In his lecture, Matthew Taylor referred to deliberation as a ‘gateway reform’. For those who champion the need for wholesale change this may seem too modest. But perhaps we could also see deliberative democracy as a missing piece in the UK’s democratic jigsaw. However, it is presented, the RSA is committed to pushing deliberative democracy much further up the political agenda and turning ideas into action. If you share our intent then we would love you to commit to our call for action.

In completing the form below, you are not only signing up to hear more, you are also showing your support for three simple statements:

Find out more about our campaign for deliberative democracy.