Tokyo Fugue: What's the body for?

What’s the role of the body in our society today? After all, we’ve got words to communicate. We’ve got computers to work on. We’ve got machines to do all the physical stuff. So, what’s the body for? 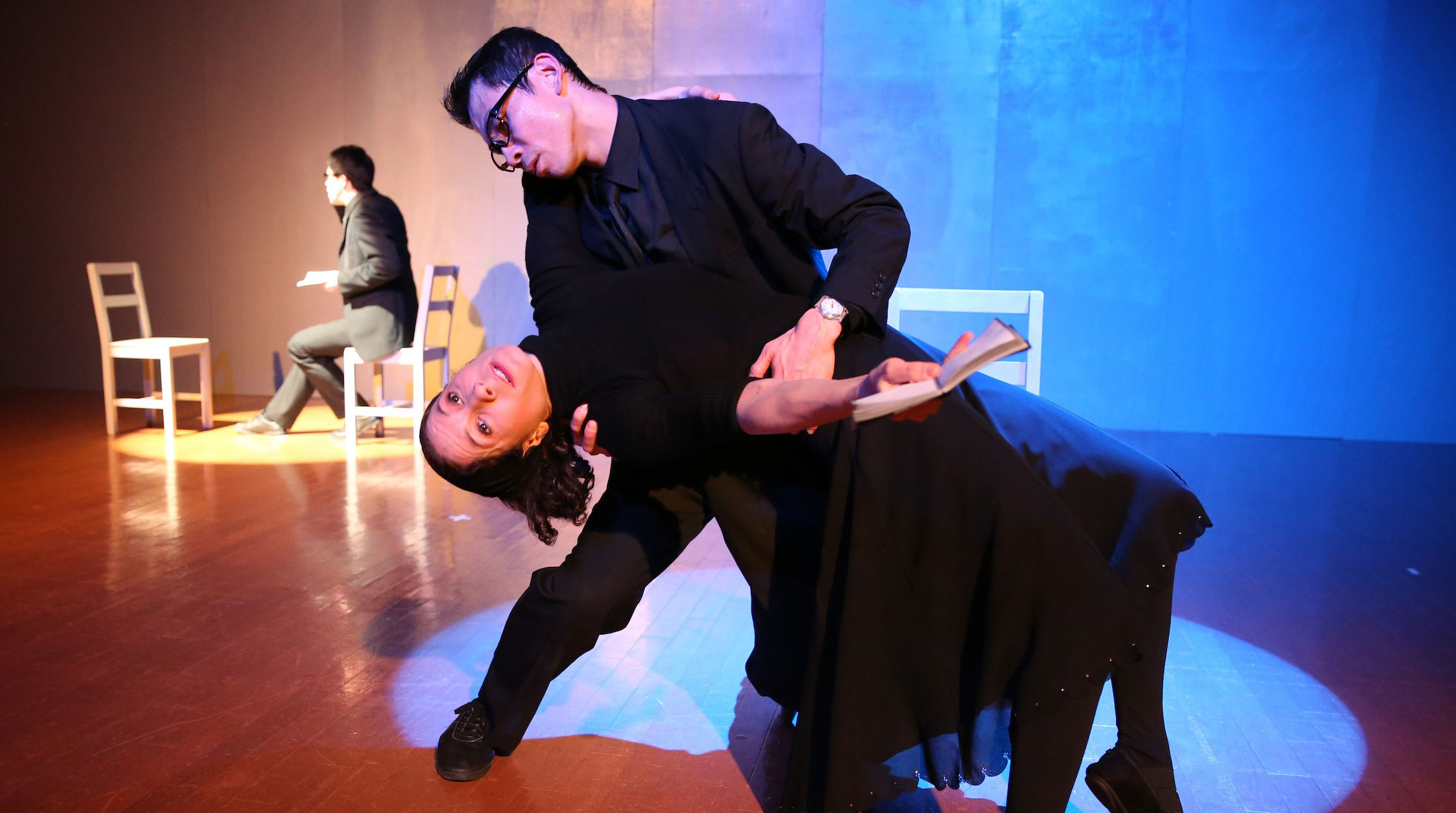 Once, physical intelligence was a matter of life and death. We needed our bodies to build shelter, find food and flee predators.  Right up until the industrial revolution, physicality was central to working life. We needed hands to craft things. We needed muscles to lift things. We needed rhythm to whittle and to spin.  By the early 20th century, working life was becoming less physical, but the body still had a valued role to play in communication. Leaders used their bodies to captivate audiences, orators to rally the crowds. We had to flail our limbs to get the attention of someone out of earshot. Now that we have social media we don’t even need our bodies to communicate.

Together with my husband, Kentaro Suyama, I run a physical theatre company called tarinainanika. For the last 8 years, from our base in Tokyo, we’ve been flying the flag for physical expression, building on the theatrical tradition of Corporeal Mime. In our eyes, the expressive power of the body is as relevant today as ever. Social media have revolutionised communication, but when it comes to matters of the heart and soul, tweeting only goes so far. The human body has the power to convey thoughts and feelings at a deep instinctive level. And we think that’s a power worth nurturing.

Next month we’ll be coming over from Tokyo to run a programme of performances and workshops in London, the West Midlands and Croatia, celebrating what we call The Universal Language of the Body. We’re raising funds through a Kickstarter campaign featured, to our delight, on the RSA Kickstarter page.

Through this project, we want to raise awareness of the untapped power of the body to express, connect and relate.

As a Fellow of the RSA, I see this project as my contribution to the RSA's mission of "enriching society through ideas and actions". I also see it as an extension of my work as RSA Connector in Japan, building creative connections between the UK and Japan. I would love to hear from other Fellows who share my belief in the creative power of the human body – and equally from those who don’t! I hope that through this Kickstarter  project, with the support of the RSA network, we can spark debate about the role of the body in modern society, and unleash the creative power of the body across the globe!

Tokyo Fugue is a programme of performances and workshops for people of every walk of life, celebrating the universal language of the body. Tania Coke, RSA Connector in Japan, also runs the tarinainanika theatre unit and has recently launched a Kickstarter campaign to raise funding for Tokyo Fugue.

For information about the performances at The Cockpit click here

For information about the workshop at The Cockpit click here

Find out more about the tarinainanika theatre unit and visit their Facebook page.