Who got served? Insights on food, farming and countryside from Scotland's Central Belt

Throughout my leg of the RSA's Food, Farming and Countryside Commission bike tour from Fife on Scotland's east coast to the Isle of Bute in the west, I encounter the dichotomies that shape our experiences: urban and rural, local and global, producers and consumers. What I find is that these categories are not as rigid as we might first expect. Instead it is within these blurry spaces that we might be able to find the alternatives that are already paving the way with innovative approaches to our food, farming, and countryside. 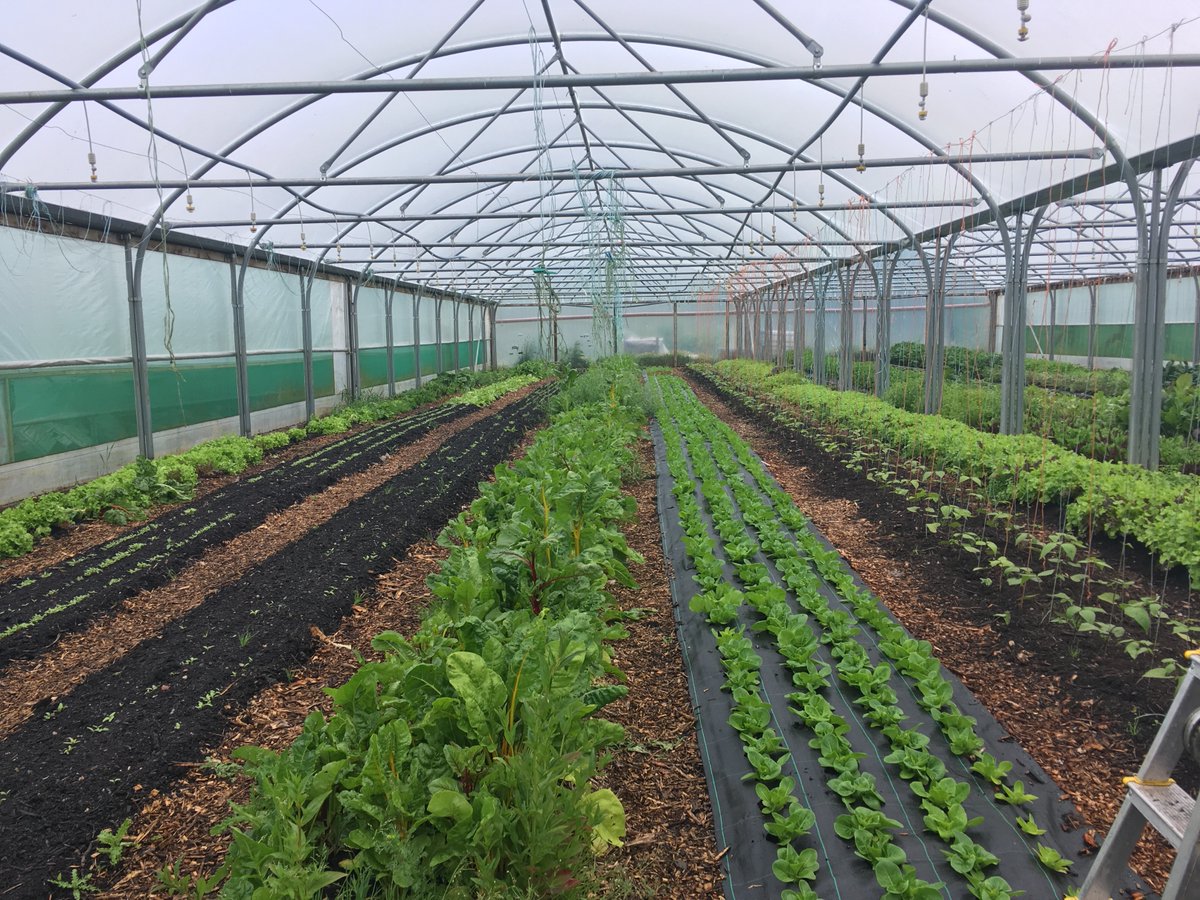 Unlike most of my colleagues on the FFCC Bike Tour, my route included two urban spaces. Edinburgh and Glasgow, Scotland's biggest cities, may seem unlikely places to learn about food, farming, and countryside.  Yet with predictions estimating that 68% of the world's population will live in urban areas by 2050, the relationship between urban life and agriculture is of increasing importance globally. The specific conditions of urban life also meant some of the most interesting agricultural innovation I saw was in city centres –like Locavore, a small-scale farm forgoing industrial farming techniques and producing affordable organic food and The Grove, a community garden project reclaiming brownfield sites to grow plants and social connection in areas of multiple deprivation.

My journey across Scotland's Central Belt also took me to farming heartlands in Fife and the Isle of Bute. I came to understand the complexity of land ownership in the country. 'Scotland has the most inequitable land ownership in the West' with 432 private land owners owning 50% of the private land in rural Scotland. In other words, half of all private land in Scotland is owned by just 0.008% of the country's population. This inequality has led to headlines - and new legislature. I learned about this from the side of estate owners as well as tenant farmers. One estate owner said recent changes to protect tenants made them less likely to tenant their land. However, tenant farmers disagreed stating the law only protects long sitting tenants and, they continued, tenant farmers lose the value they add to land they manage well. The continuation of hereditary estates creates a tricky political space for Holyrood to navigate as the symbols of feudal inequalities persist despite the right to buy for both communities and tenant farmers. 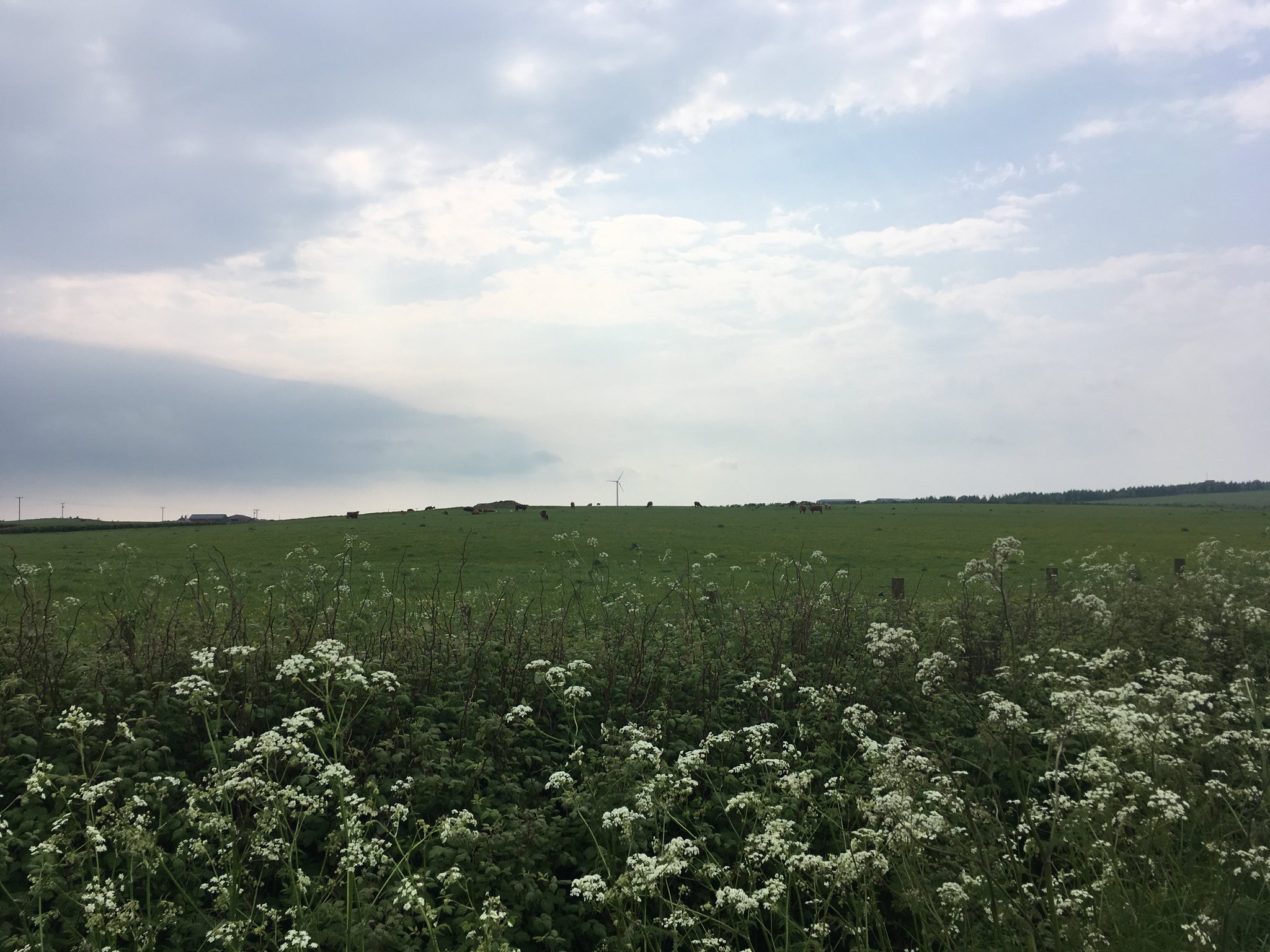 One of my overarching take-aways was the level of trust in the Scottish Parliament as an institution. It was not so much that anyone particularly favoured the SNP, though some did, but across my journey people told me that Holyrood listens, responds, and can be held accountable.  At least this was the clear impression I received throughout the central belt.

Many of those I spoke to reflected on parliament's use of 'favoured advisors', seemingly a network of NGOs that are looped into conversations more readily, though it was mentioned that this has extended to individual farmers. It may be that my geographic proximity to Holyrood meant communities benefitted from better connection. It certainly become apparent from my day in Edinburgh that many of the city's organisations were well networked. Even on a national level, everyone recognized the names of the other places I had visited.

This level of networking and faith in government is partnered with legislation and funding investment. The Community Empowerment Act 2015 was mentioned multiple times by smaller scale community and grassroots initiatives. The Good Food Nation Bill was also cited by many as an opportunity to feed into change. Parliament's reputation for brokering between the haves and have-nots seemed to have generated a positive overall view of legislature, despite imperfections.

Even so, many organisations were worried about funding with austerity increasing financial pressures. Mergers, organisational restructuring, and diversification to sustainable financial streams were routinely present. Yet I also saw grassroots projects awarded Government funding for tackling food poverty with dignity and local authorities aiding the transitions of brownfield sites to community spaces. Arms-length government bodies like Cooperative Development Scotland of Scottish Enterprise promote employee ownership models of business. Whilst challenges certainly exist for many in the food, drink and agricultural sector across Scotland's Central Belt, the Scottish government, parliament and local authorities feel present and connected in a way I have never experienced in England.

Despite this, it really felt as though farming, as a sector, is under pressure. Climate change will affect growing ability and increasing extreme weather events will hurt even local supply chains. Uncertainty caused by the Scottish Independence Referendum, the Brexit vote, and now a potential IndyRef2 hurts business. Lamb farming is particularly vulnerable with 94% of British exports going to EU markets. Generations old dairy farming families have left the Isle of Bute without replacements and organizations like First Milk, a dairy farmers cooperative, struggle due to a lack of demand, with their members bearing the cost. 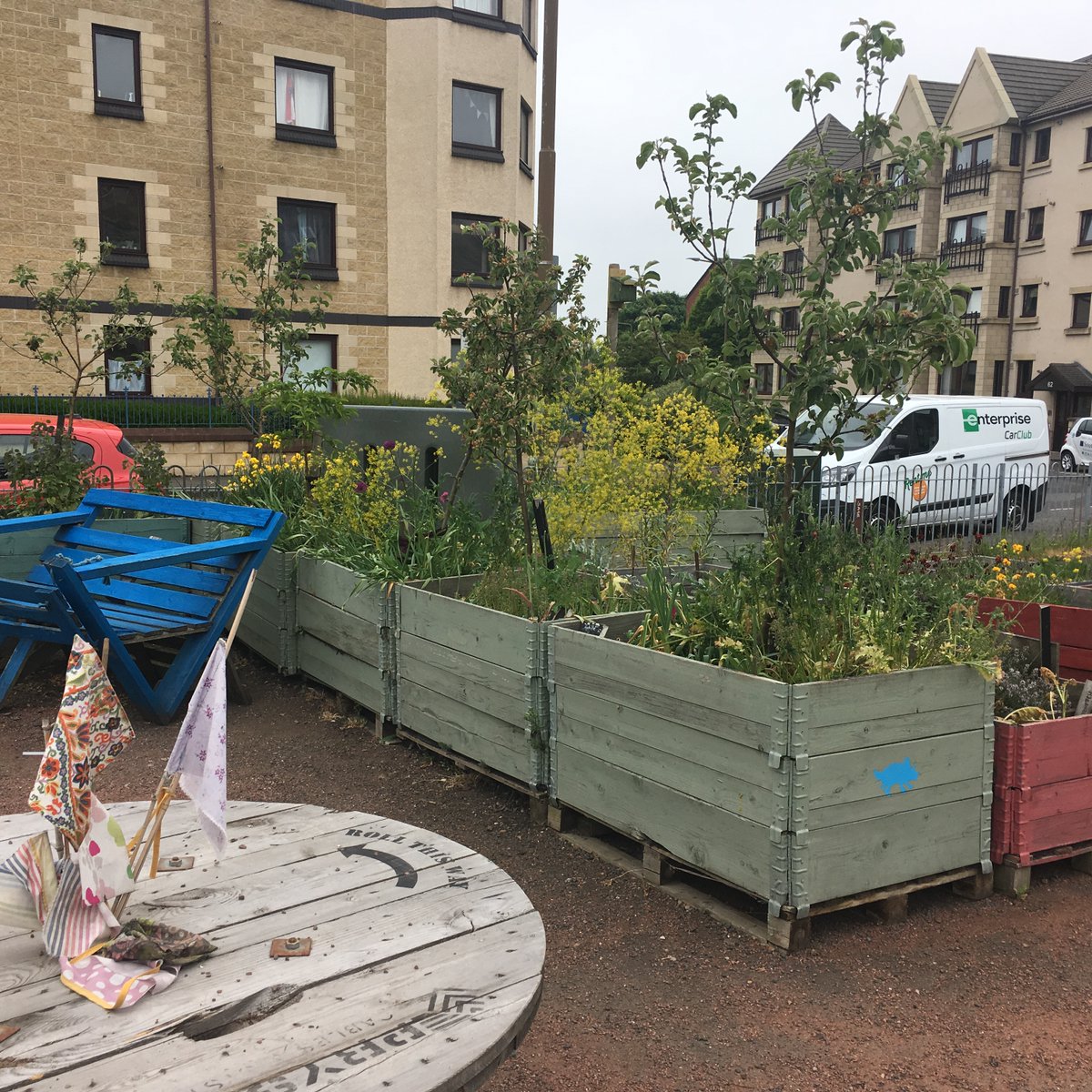 I am told of how the fisherman who used to make a living on the coast of Fife now drive up to Peterhead to buy fish from the trawlers there. Rather than being out at sea, they make their living by offering home delivery of wholesale purchases to a local circuit. In fact, you cannot buy fresh fish from these historical fishing villages any more. One local explained at length that fish caught in local trawlers is sent to Portugal to be frozen, only to be sent back to the UK to be sold in supermarkets. It seemed no wonder that trust in conventional supply chains was lacking. It might be economically efficient to send produce in this way but I got the sense that, in part, this contributed to farmers’ feelings of detachment from the people that eat their food.

Tax payers pay for the subsidies, breeding discontent in consumers and producers alike. These subsidies are supposed to help farmers survive low prices from buyers, who demand ever lower rates to pass on to the end consumers. Despite this, food insecurity is prevalent across Scotland and the nation's notoriously 'poor diet' means high rates of obesity, type II diabetes, and heart disease. Farmers I spoke to discussed subsidies as both failing to promote innovation in their current form as well as being a solitary recourse for those in need.

Yet, in the face of these challenges, everywhere I went  I  saw communities and farmers attempting to fix the issues they saw. The Balcaskie Estate was working on developing their own meat hanger so they can provide fresh meat to local restaurants, aided by an app that cuts out the middle man and allows direct orders. Scalpsie Farm on the Isle of Bute was diversifying their stock with truffle farming, aiming to make an intervention into a growing market. Locavore in Glasgow was established as a local small-scale farm that provides affordable organic vegetables to the cities most deprived areas without having to undercut the farmers wages. Community Development Scotland help facilitate transitions to employee-ownership models to encourage business sustainability and local investment through the multiplier effect. Granton Community Garden grow food locally in gardens that are open to all to work and pick from, as well as providing a weekly community meal from garden produce that may be the only time folk get to eat with other people. 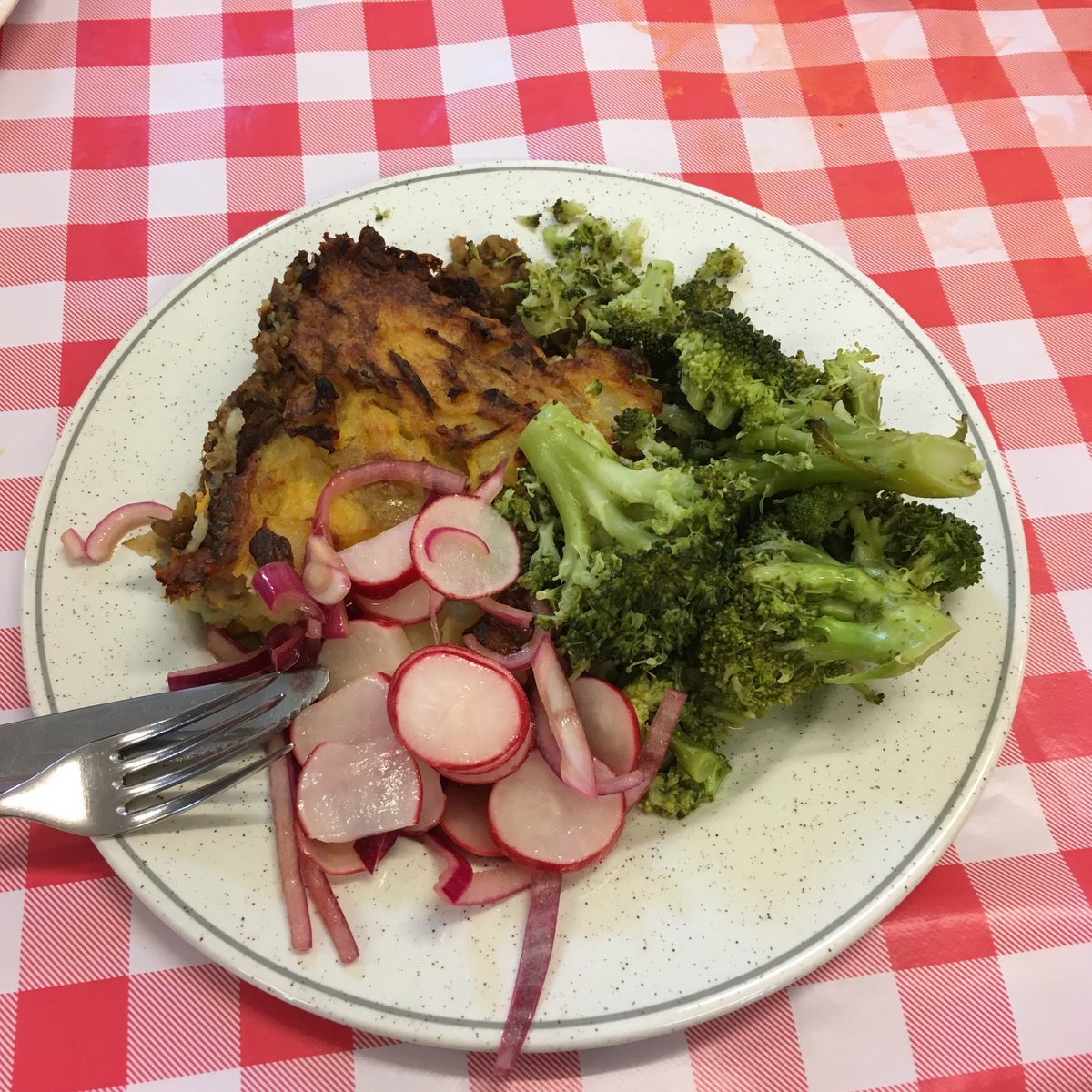 The more I spoke to people, the clearer the link between food and community became. In Scotland's Central Belt, it seems, the drive for a new localism – devolved decision making; community investment; and cooperation over competition – is strong. The desire to flip the scales and ensure that everyone is served by our food, farming, and countryside, in policy and in practice, is matched only by the efforts to make it happen.

Katie would like to thank everyone who spoke to her on the tour including: Social Farms and Gardens, Georgie City Farm, Dr Ann Bruce from the University of Edinburgh, Granton Community Gardens, Balcaskie Estate, Cooperative Development Scotland, Locavore, and Scalpsie Farm; as well as Laura, Andy, Anna, Callum, Beth, Sam, Joel, Joe, and Matt.