A Touch of Spirit

After a good 13-hour journey from London by train, ferry, then bicycle, I arrived in Belfast to clock in for the RSA’s Food, Farming & Countryside Commission’s UK wide tour. Through the week I travelled North, tracing history up the coastal road into Game of Thrones country and eating my fill of Ulster fry.

A loud blast awake at 5:30 am from the ferry master signalled my arrival in Northern Ireland. Full of excitement, anticipation, and rubbing the sleepy dust from my eyes, I began the cycle into Belfast. The regenerated city centre, with art installations, historical remnants of the docks, and smatterings of political murals gave me an immediate taste of the country’s rich and complex past. A past which throws up some interesting consequences for present day relationships with food, land and the structures they exist within. Through my conversations with extremely hospitable hosts along the way I sensed a strong concern with justice, but also a steely determination and hope that those perceived injustices can be overcome by people coalescing around these issues. 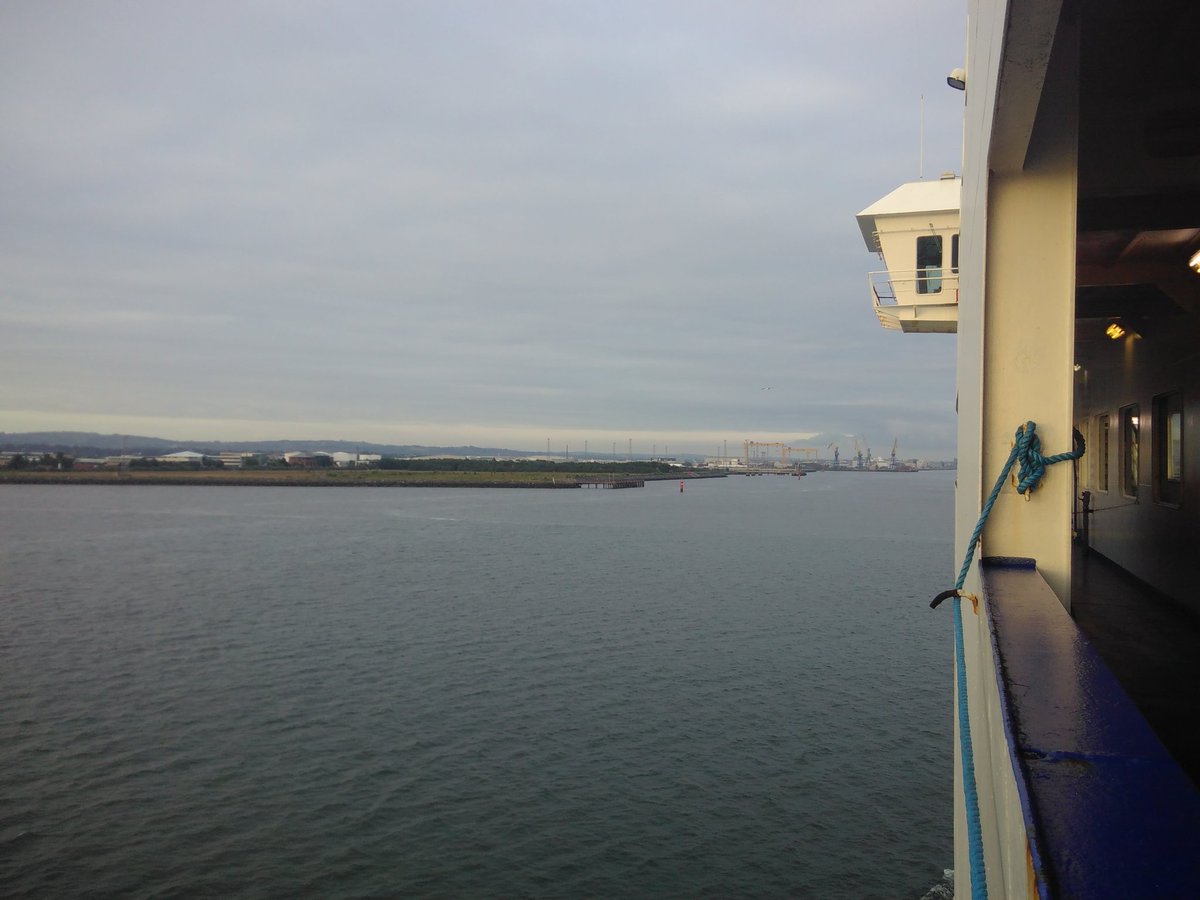 In Belfast I met with Michele Shirlow, CEO of NI Good Food, and she told me about her ambitions to make Northern Ireland (NI) known for its quality food products. Michele said that she was inspired to begin promoting local food after reading some research by Food from Britain, which showed the structure of the food industry in NI was dominated by large-scale companies. This was a legacy of their political history she explained:

“During the 30-40 years of the troubles, we couldn’t have a food identity”.

When I mentioned a book I had come across in a café: Belfast on a Plate, which features local chefs and their restaurants, Michele reflected that 10 years ago that book wouldn’t have been possible. Now there is much more diversity within the sector and many smaller start-ups are coming into being; NI produces world class cider, cheese, meat… and chefs! Looking forwards, she thought Brexit would have a short-term positive impact on these businesses as currency devaluation would benefit exports and food tourism.

Later in my travels North up the coast and into the lush green glens, I met with Adrian Morrow, Managing Director of Glenarm Castle Estate. He is one of the producers in NI Good Food’s network and had an amazing knack for storytelling. Leaning back in his chair with a mischievous smile on his face, he told me about the high-class visitors to the Castle and their refined palates. These somewhat particular taste-buds led Adrian into researching and breeding an ancient breed of cattle that hadn’t been produced in NI since the 1700s. Safe to say his experiment was a success and the farm is running far more efficiently: they use less water, have less impact on the land, vet fees have dropped dramatically, and the cows go back to calf quicker. Most importantly, they produce an award-winning, tender and delicious slice of shorthorn beef (aged in Himalayan salt). Sadly for the locals, Adrian exports most of this product to Fortnum and Masons and onto dinnerplates at high-end hotels in London.

I felt a definite tension between some people who didn’t think NI needed to mass produce to ‘feed the world’, and those who were concerned about levels of food poverty nationally. What scale should food be produced on to maintain its quality whilst also being affordable? Or as someone else I met said: does the economy just need to do better? People need to earn more, so they can actually pay for good food.

I came across a few projects trying to improve access to food. The first was Footprints Women’s Centre in Colin Neighbourhood, Belfast. Eileen Wilson, Sustainable Living Manager, told me the centre was set up 26 years ago to help women with issues of childcare, domestic violence and mental health problems. However, food has always been central to them due to high levels of food poverty in the area, but also because of the health of the women coming to them for help. The centre began with home cooking programmes, then they started growing their own food in raised beds outside, and more recently they have partnered with Fareshare to open a social supermarket. Eileen also whisked me over to Colin Glen Allotments where Footprints have two raised beds. The allotments have rather a fun kitchen built out of renovated shipping containers and a wooden woven Gandalf standing guard out the front, which is used for story time when different youth groups come to learn about growing and cooking. These projects are part of a neighbourhood partnership across the 3 estates they serve, trying to forge a single identity for the community and overcome residual animosity from the troubles. I was impressed by the impact these projects had had on the local area and the quote in a mural for the Women’s Centre couldn’t ring truer:

“You can never leave footprints that last if you are always walking on tiptoes.”

Farming as a sustainable business practice

Tied to food access is the sustainability of farming as a business practice. Within NI farming is mainly livestock and dairy, many farmers relying on Single Farm Payments (SFP) from the EU Common Agricultural Policy (CAP) to survive. Although the people I spoke to didn’t seem overjoyed with the current state of affairs, no one was leaping over the moon to exit the EU either:

“We’re lucky we’ve had the French, German, Italians influencing and making policy within the EU and CAP, if it were up to the British government farmers would have received nothing. The red tape and bureaucracy may be annoying but at least you’re getting paid.”

Others I spoke to told me Gove’s vision in Brexit was all good and well for the environment, but “food is a by-product” of this vision. Who will produce the food we all need to survive if we aren’t willing to pay its true price? Many farmers are suffering under financial stress, psychical pressures, and working alone, with clear impacts on their mental wellbeing. Indeed, the suicide rate amongst farmers in the UK is the highest across any occupation; more than one agricultural worker a week dies by suicide, and the risk of suicide is approximately double that of the national average. 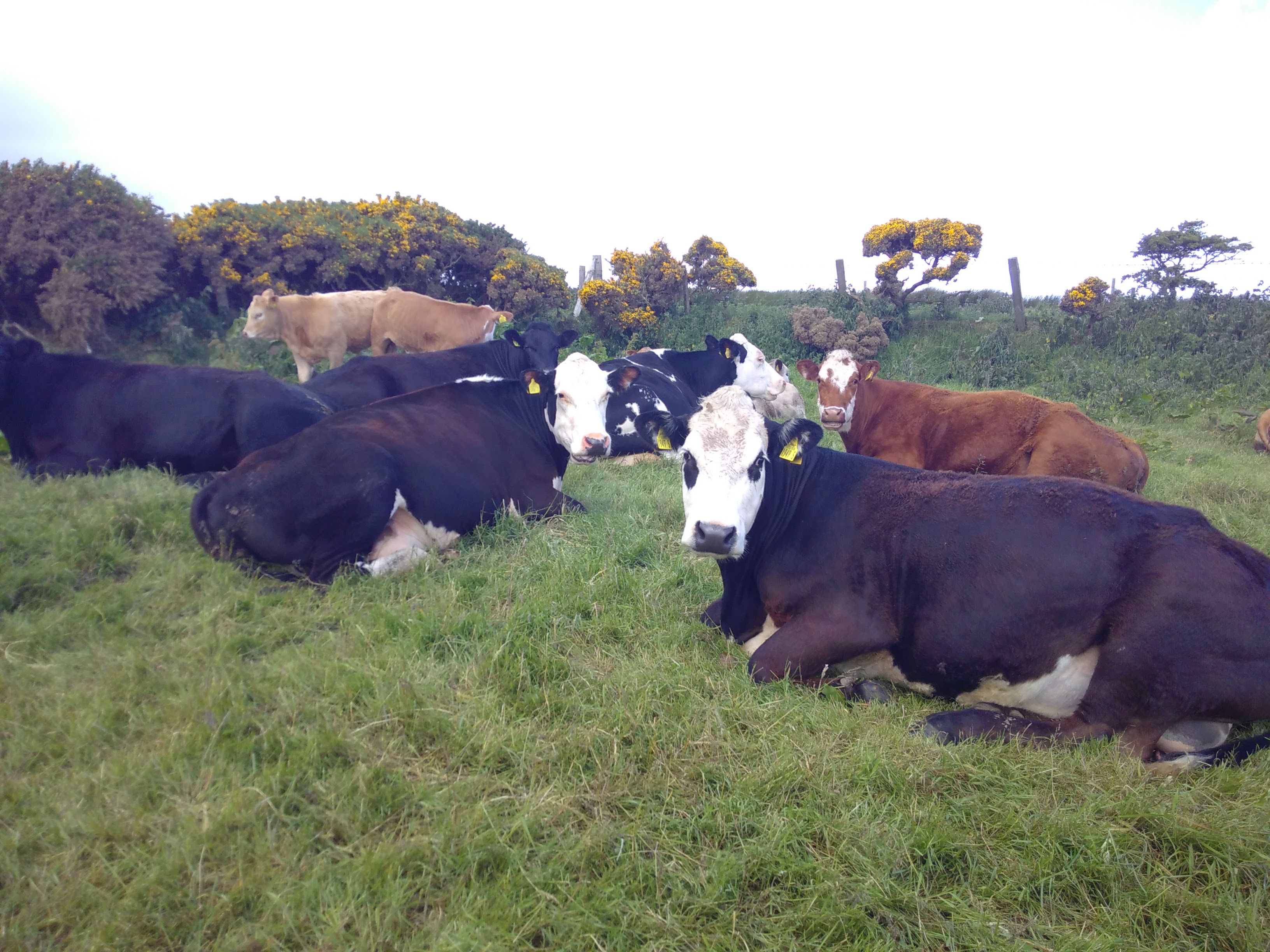 After a blustery cycle uphill through one of the famous Northern Irish windstorms I arrive at John and Catherine Okane’s farm just outside of Cushendall. I am greeted with a bottomless pot of tea and what seems like a mountain of cake and biscuit. What a welcome! John a fifth-generation farmer, painted a bleak picture for farming in the area. He told me that the change in SFP being paid per head to acreage meant production was being discouraged and was incentivising bad behaviour where inauthentic farmers were now just clearing land to receive the payments. He said another policy that had backfired were the payments to farmers under 40 if they had been farming for up to five years. It was meant to encourage younger entrants to farming (the average age being almost 60), but people were claiming it under the names of their sons who were actually off at university. Conversely, John who took up farming as part of the family business had been working in it for well over five years, so he wasn’t eligible. He told me farmers were trying to diversify, many were going to work in the building trade part-time, or renting out houses, in order to sustain their families.

When I asked why John was referring specifically to sons taking over the land, he shrugged and supposed that it was to do with passing on the family name. Catherine mentioned that there was one neighbouring farm where a daughter had taken over, but it was still quite rare to see. Despite all the difficulties they faced neither John nor Catherine gave any indication that they were about to quit farming, instead they spoke of a connection to the land, a way of life that could not be replaced by a slick city job. They told me that the Northern Irish had a strong attachment to land, a sentiment I had heard echoed along my cycle up the coast. I repeatedly heard that NI is less industrialised than the rest of the UK, so everyone is about two generations away from a farm. This impacts the food too; as people lived in rural areas and couldn’t get to shops, they would make their own buttermilk and soda bread, and there is a big bakery tradition that continues today (I can confirm that soda bread is alive and well, along with potato farls, which I was offered for breakfast daily).

In the face of such adversity I was left thinking the Northern Irish must definitely have something in their blood to keep them plugging away. This stubborn hope for something better was perhaps best exemplified by Dr Jonny Hanson, Managing Director of Jubilee Farm, who wants to start the first community owned farm in NI, bringing people together around food and land. Their 3 values are: care, community and conservation, and they want people to have a stake in not only producing healthy organic food, but in owning the land it’s being produced on. He told me that this Community Supported Agriculture (CSA) model could help address some of the issues within the food system. He explained how it could: lower the barriers to entry for new, young farmers and diversify the sector; overcome past divisions by building a community across religious and non-religious identities; increase awareness of environmental and agricultural stewardship; and develop capacity within civil society to improve access to food, land and power. Jonny, like others I spoke to, felt that the state has an important role to play in promoting a sustainable food system and suggested activities such as: encouraging environmental stewardship through public procurement policy, improving access to good food through expanding the healthy start voucher scheme, and ensuring that regulation post-Brexit pushes food standards up internationally rather than engendering a race-to-the-bottom.

Jonny acknowledged that at some point Jubilee would be met with resistance, as an organisation looking to inspire change they would inevitably collide with others, he only hoped it could be amicable. He left me with a quote from Ghandi, which to me encapsulated the spirit I had encountered across the country:

“First they ignore you, then laugh at you, then fight with you, and then you win.” 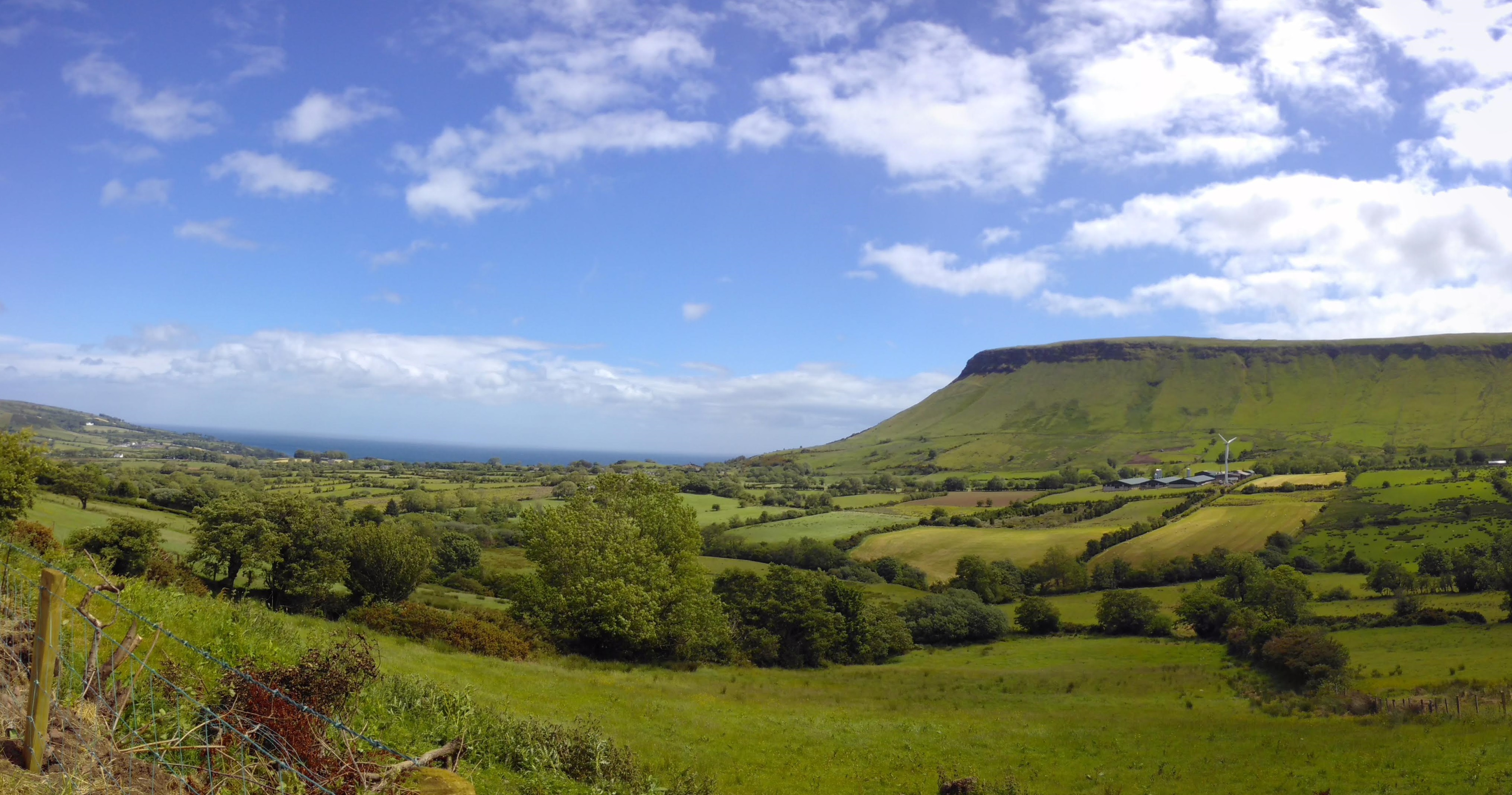 Thank you to all those mentioned by name and to the countless others unnamed for the incredible hospitality like that I have never encountered in the Western Europe before.

Kayshani is Assistant Researcher for the RSA Economy, Enterprise and Manufacturing