One Day One Choir - a global choral project for peace

One Day One Choir is an inspirational global peace project which asks people to raise their voices for peace - peace of all kinds - in their local communities by singing together on International Peace Day, September 21st. With only a few weeks to go until Peace Day 2018, we are asking for you to encourage as many people as possible to join in and become part of this uplifting global choir for peace.

“We love One Day One Choir, engaging with you has united our global school group more than any project we’ve ever done.”

The project began in 2014 as a response to the increasing violence in our communities and around the world. We wanted to unite communities once again, and singing provided two solutions: it has been scientifically proven to bond people more quickly and more powerfully than any other human activity, and it’s something that we can all do - even if some of us claim not to be able to!

‘What a brilliant and inspiring idea. I urge anyone who loves their singing to join in and be a part of this mighty Chorus of Goodwill across the globe; making the unifying voice of song a unifying voice for peace.’ 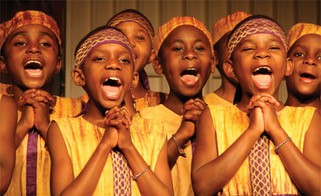 Singing is probably the most universally accessible and inclusive activity we can do and has long been a powerful and positive part of bringing and holding communities together. It’s also good for us; science has shown that when we sing together our body responds positively:

-        Singing also has the power to make us feel calmer, happier and uplifted as well as having a direct and measurable impact on our mental and physical well-being

Choir of course literally means ‘a group of people who sing together’, so, regardless of age, race, culture, ability, beliefs, location or social situation, anyone can take part in this inclusive and uplifting project. Furthermore, it can then encourage and inspire them to think about what they might do to engender peace for themselves, and for others. 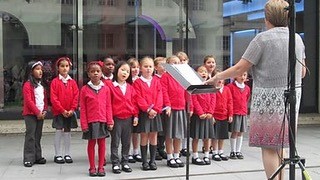 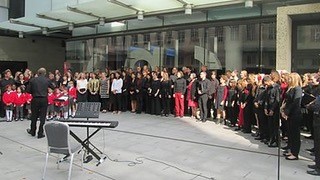 ‘A choir for peace is a brilliant idea’

Since it began, more than a million people have been mobilised to ‘sign up and sing’ with One Day One Choir. The range of groups who have taken part so far can be seen on the world map on the One Day One Choir website and includes a huge breadth of diversity from leading classical choirs and cathedrals, to choirs for the homeless and those in prisons, with all kinds of groups in-between. 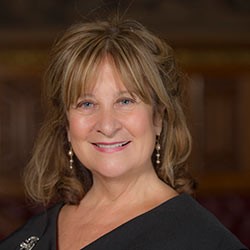 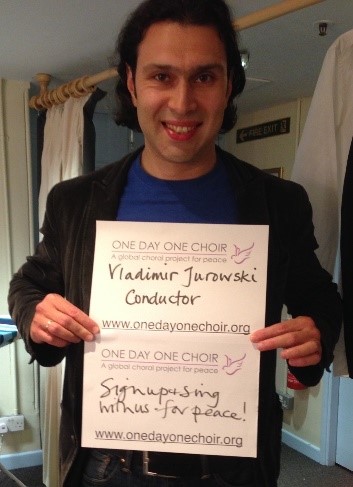 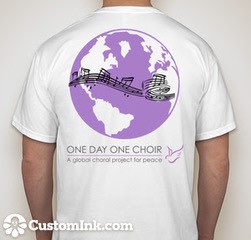 By September 21st this year, the aim is to have created the ‘biggest choir in the world’ singing for peace - personal, local and global peace. So how can you increase the peace?

“We couldn’t believe the positive and powerful impact our short Peace Assembly had on pupils and the school; the children talked about it for weeks. Last year we sent music to our partner school in Malawi, so they could join in with us.  It was so inspiring; not only did 500 pupils sing there but the entire village came out and sang too!” – Val Riziotis, Cheam Common Infants’ School, Surrey

So, however you choose to get involved to sing for peace, we look forward to hearing you on International Peace Day, 21st September!

The project is the brainchild of RSA Fellow Jane Hanson, an educator, choral aficionado and project leader who has sung in choirs since her childhood and who has also travelled the world to research and make programmes for BBC Radio about the positive power of singing together and the power of making music as an instrument in social cohesion and peacemaking.