Our landscape is cultural

“Farming gives you a lovely place to live but not an income”. Looking around the kitchen with its smiling family photos hanging on the wall and views of neighbouring fields and North Sea beyond, I could see that this was a beautiful place. In the middle of a heatwave, I spent the week cycling around Northumberland and County Durham talking with people involved in food and farming. Throughout the week I began to understand the nature of the challenge of reconciling livelihoods with culture and community.

“We’re squeezed by fertiliser and machinery costs on one side, supermarkets on the other and the weather in the middle”.

I was visiting only a few weeks into the hot spell that would last another month or more but there was already concern about a drought after a hard winter. The upland sheep farmers of Teesdale had found it hard to source animal feed last winter and if there was a low harvest, with crops ripening before they had a chance to fully grow, they thought there might not be enough to last. Everyone was hoping for a mild, dry winter. 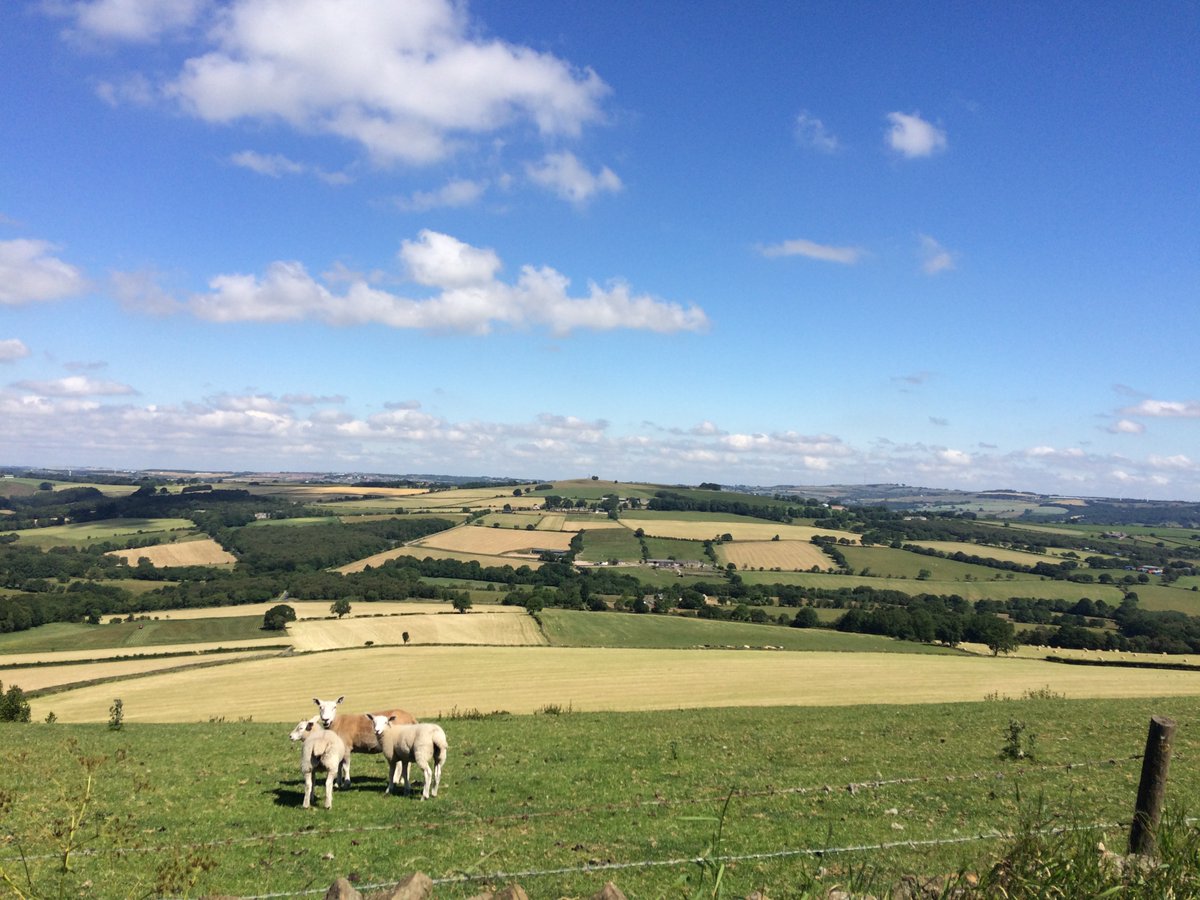 Farmers spoke of their frustration of the constant pressure to produce ever cheaper food. Most were quick to point to supermarkets as the source of this pressure, though supermarkets are quick to point to the consumer as the driver. Many see a clear role for government to control pricing - “something like the old milk board” suggested one farmer. To many farmers market regulation and government support is the answer.

The squeeze is felt from every angle. Packaging trends change the preference for lamb size such that chops fit neatly in a packet. Local abattoirs close so farmers must take the animals further for slaughter, at financial and welfare costs. The world in which they conduct business and create their livelihood changes quickly, while the knowledge of their fields, their community and their way of life, is valuable for its depth and consistency.

Some of the businesses I spoke with found successes in collaboration and diversification. The Northumberland Cheese Company developed an onsite café that is now an integral part of their business. They soon hope to grow their own vegetables for use in the café kitchen. Another farm had embraced holiday cottages into their farm business. The farm had evolved over the years taking advantage of other opportunities and changing what they produced from grain to cattle to achieve better returns on their investment. 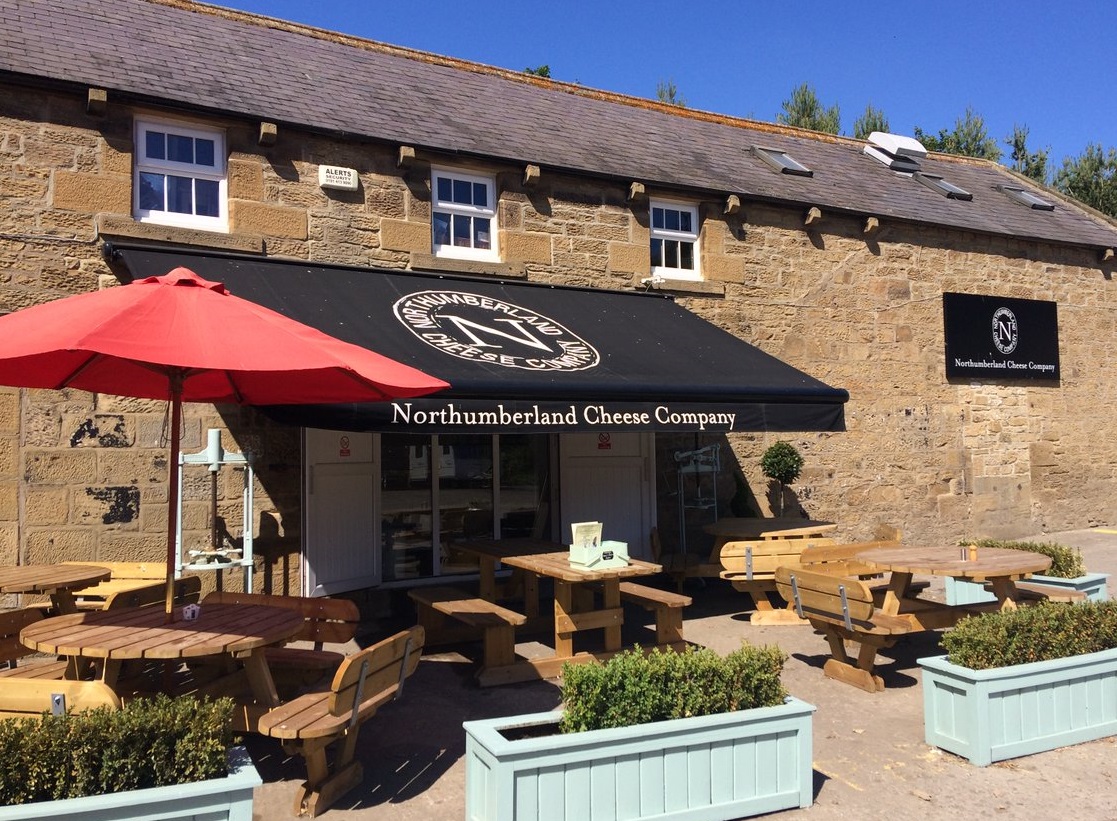 The Coastal Grain Co-operative in Belford works with a number of grain producers in the region, providing cleaning, storage and marketing facilities to the cooperative. This helps all of the grain producers be more profitable, achieving economies of scale. To mitigate the uncertainty in the face of Brexit, the Co-Operative is working to be as efficient as possible while maintaining flexibility and support to their members.

“I’m sick of being told to diversify. That if you can’t make a living from farming, you should do something else. You wouldn’t tell a car manufacturer they needed to do holiday cottages.”

While some farmers were actively embracing diversification of their income to counter the squeeze, others found it harder to achieve and less desirable. The top of Teesdale is protected land and there are measures in place to sustain the environment. Some upland sheep farmers have found these guidelines, along with the uncertainty of tenancy and the weight of their current farming duties, have meant it is not easy to make change.

In places where business innovation was less accessible, I saw inventiveness in other areas such as sustaining healthy communities. Many people spoke about loss of services in their community – fewer buses, closed post offices, banks and schools: “As population decreases, choice is taken away.” And the isolation of farming “everyone does their own thing”. Upper Teesdale Agricultural Support Society (UTASS) was created to provide much-needed support. It was initially founded after several farmers died by suicide and now provides services for the local farming and wider community. Services from lunches for retired farmers and a regular youth club to paperwork support and now even the local post office two days a week.

“What is the value of the walk in a meadow?”

Chris Woodley-Stewart is the Director of the North Pennines Area of Outstanding Natural Beauty Partnership. This is a question he asked when we spoke about how we value the work of upland farmers. We can ask this question of an individual: do they feel welcome in that meadow? Can they access it easily? Or even, are they suffering from hay-fever? But fundamentally if anyone ever wants to walk in a meadow, someone needs to have managed the encroaching bramble, gorse and bracken and maintain a clear path. Wild meadows are some of the rarest habitat in the UK, and they require grazing and management.

I was told how farmers contribute more to our society than just the food they produce. They help keep our water clean, encourage biodiversity and build soil fertility. Economists, farmers and the public would agree on these as public goods. But what about traditional skills such as tending to dry-stone walls? Should this become a tourist attraction? What about the knowledge of where to graze at which time of year with the weather we’ve had? Or how to adjust the cheese recipes based on milk quality through the seasons? This knowledge is perhaps harder to quantify, but in a drastically changing climate it could be the difference between feeding the country and not.

This is the kind of knowledge it takes to become Soil Farmer of the Year. Richard Suddes has been practicing direct drilling for the last decade but has now managed to reduce his fertiliser use by 30-40%. To find the big environmental gains we need to work with the land, which means much more than leaving it fallow, diversifying or finding the highest economic function.

“We want support for a working, vibrant countryside where people can earn a living off the land and we can eat local, trusted food.”

Our landscape is cultural

“Our landscape is cultural. And the people who have written a lot of these stories are farmers. If we push farmers to the side of their own narrative, then we are misunderstanding our landscape.”

When I caught the train at the start of the week, I paid little attention to the fields I passed. Now as the train sped through the countryside taking me home, I looked at how dry all the fields seemed. I wondered which grass had already burnt and would be no good for hay. I wondered when it would rain.

What you see in the landscape around you depends on who you are. I was very aware of everything I might have missed with my small snapshot of Northumberland and County Durham. I had seen only a hint of all the flavour and depth of life contained there.

Sophie is Engagement Manager at the Fellowship department.