“A rich, well-to-do rural county.” That’s the outside perception of Cheshire, the county’s rural crime commissioner David Keane told me. Before I set off on my week-long travels I would probably have agreed. But that image masks a more complex reality. Wealth is not evenly distributed and doesn't guarantee a safe and thriving rural community. What my trip brought home to me was a clearer idea of what would make for one.

The first stop on my trip was, perhaps, an archetypal example of that outside perception: the village of Ashton Hayes in West Cheshire. It has a population of around 1,000, of which 42% are over the age of 60 years. It still maintains a school, a local shop, a church and a children’s playground, sporting field and pavilion. That includes three of the four necessities listed by rural residents. The missing one is the pub. It remains empty having closed down five years ago.

Attempts to retain the pub as a community asset have been hampered, according to the local residents I met, who are opposing attempts to convert it into housing. The village has just had a block of new shared ownership and rented houses completed this year. It is various groups of local volunteers that are behind the continuation of both the local shop and pavilion, providing staff for both. They’ve even managed to temporarily replace the pub with pop-up, bring your own alcohol, nights at the pavilion.

The community-led initiatives started in 2005 with an ongoing carbon neutral project, which, says Kate Harrison and Richard Stradling, empowered local residents into realising they could make a difference. It led to a grant to install solar power on the pavilion generating £3-4,000 a year for the community. “A lot of people would like to see something being successful before they join in,” says Kate, who estimates around 10% of the village is now volunteering in some capacity, including 40 with the shop.

While residents in Ashton Hayes feel empowered, others are still waiting. The Women’s Institute (WI) has more than 9,000 members in Cheshire, and campaigns vigorously on rural and environmental issues, including plastics. One of its biggest ongoing issues in Cheshire is the fate of Lindow Moss, also known as Saltersley Common, a raised mire peat bog near Wilmslow.Unlike other unique ecological mosses in the county is privately owned. As they campaign the local council to ensure it is preserved and protected, WI member Sue Bentley said there needed to be an advocate to stand up and help communities protect their local environment.

“If someone dumps waste in a river we can do something about it. We have excellent bodies for that in the UK. But we don’t have anyone to help signpost us and to enforce those with powers at a local level to resolve issues where nothing illegal is happening like with Lindon Moss. We need an ombudsman that people respect and listen to.” 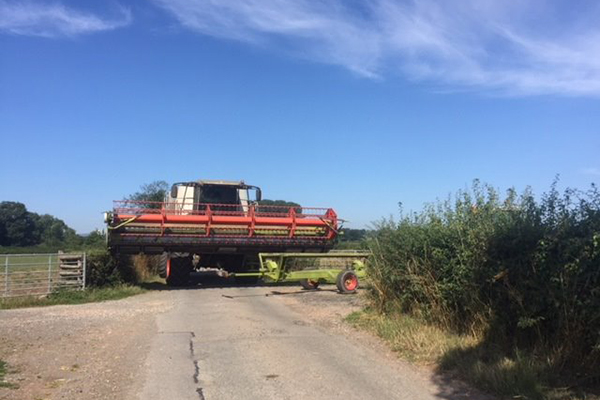 While Ashton Hayes has had success in keeping many of its local services up and running, two issues the community still struggles with are transport - with a three-quarters of a mile walk to a bus stop and a one mile walk along a busy road to a train station - and broadband, “probably the one thing that holds back communities our size not near a city,” said Kate. My visit to Bangor-on-Dee, just over the Cheshire border into Wales, later in the week brought similar tales.

“If you’re going to keep young people in rural areas you need broadband,” said Will Evans, who runs a mixed farm business. “If you were looking at starting a business you wouldn’t dream of setting up in rural UK,” he added. Will is expecting an era of innovation in agriculture with drones and automation, but says the idea of precision farming and GPS technologies doesn’t quite match with intermittent 4G coverage.

The failure of rural areas to retain young adults is not just about affordable housing and broadband, said Will, who is 40 with a young family. He says industries like agriculture are partly to blame. “Farming needs a youthquake. If you google the image for a farmer it is still an old white man in a field. We need new blood, ideas and innovation. We’ve been slow as an industry to make ourselves more accessible. I know a lot of people who voted for Brexit because they think the retired ones are holding them back and want to get into the sector.”

I met two new entrants who’ve had a long struggle to get their business started in rural Cheshire. Tom Whitley and Sam Smee run a business with three strands: growing and delivery vegetables to the public, supplying local restaurants with their produce and creating easy-to-use food products, including their own branded vegetable stock. They spent a number of years trying to get access to a plot of land to start their business - they eventually got access to a three-acre organic market garden owned by a retired producer near Malpas - and say they’d welcome rules on ensuring land is being used productively i.e. not being left idle. As a vegetable-based business, Tom also said that having a level-playing field where vegetables get similar promotion at retail-level would be a good step forward.

While welcoming any policies that bring more new entrants into rural areas, Will Evans said the uncertainty about Brexit was stressful for his business. “We’re buying calves now that will be finished in two years or so but we’ve no idea where they’ll be going.” For Phil Latham, who runs a dairy and equestrian business as well as commercial lets near Tarvin, as well as being the NFU county chairman for Cheshire, the solution to the current risks and uncertainty in farming was a controversial one: to produce less food.

Latham said he feared both a more open trade policy post-Brexit that allowed in cheaper food imports and also an end to subsidies paid to farmers for anything other than delivering specific environmental benefits. The only Brexit-proof future for farmers, he said, was to diversify away from farming. “If we’re to start moving to a post-food sector in the UK and putting funding towards the environment and importing more food then we are going to need to diversify our farms to survive. Business is brutal.” He says grants for growing more rural businesses, including ones started by farmers, would be sensible for growing the rural economy. 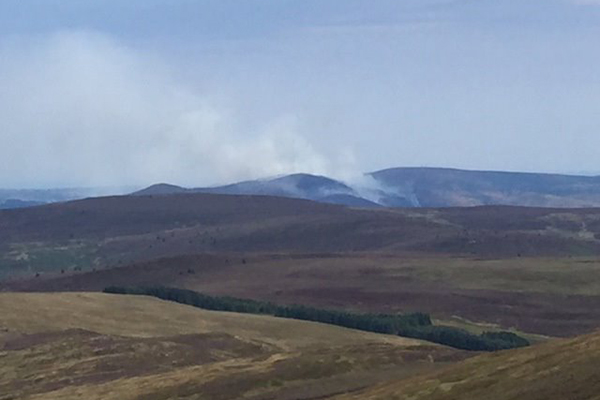 Rural diversification is something I have already witnessed over time in Cheshire. My own family tree is strongly intertwined with farming in the county, with four sets of ancestors involved in dairy farming. The fate of those former farms is an illustration of the change that has already taken place in rural Cheshire. One is now a golf course, another part of a business park and another is a solely equestrian-based enterprise now. Leisure and recreation is a major income generator in rural Cheshire now, typified by the success of The Ice Cream Farm, near Tarporley. Formerly a dairy farm, it is now one of the UK’s most visited free-to-enter tourist attractions.

Much of my week was spent meeting and hearing from people wanting to see their rural area thrive, be it through more successful rural businesses or empowered communities. With 65% of Cheshire classified as rural, it feels like the countryside matters, yet when it comes to rural service provision that is not always the case. Aside from the much-cited broadband and transport issues, a recent rural crime survey reported that just 27% of respondents think the police are doing a good job in rural communities (11% down on 2015 survey). These national figures are echoed in Cheshire, according to the country’s rural crime commissioner David Keane. As the survey’s authors conclude:

“Too often rural communities are considered safe and prosperous places, this preconception stops serious needs analysis being done. When the lid is lifted it is clear rural people and businesses are fundamentally misunderstood. We believe this is true of many areas, not just crime and policing, and further work needs to be done to assess community safety and service provisions policy across the board in a specifically rural context.”

Each and everyone of us has a different perspective on what the countryside is. Our own experiences count. What I saw in Cheshire was a countryside that is shaped by its residents. The farmers farming, the community volunteers keeping shops and pubs open, local communities fear of crime and decisions being imposed upon them, and, perhaps most of all, an absence of youth. For a myriad of reasons, young adults have little option but to leave the countryside. Will Evans said farming needed a youthquake, you could argue rural Britain needs one too if it is to thrive in the longer term.