Good work and the future of farming in West Wales

From Brecon Beacons, to the heart of Ceredigion, Cardigan Bay and the Pembrokeshire Coast, my leg of the bike tour in Central and West Wales taught me a lot about the food system, and rural communities. I visited an amazing range of people. From pioneering organic dairy farmers to scythe wielding permaculturists. Sure, the hills were a challenge for a novice cyclist, but the landscapes were beautiful.

Food and farming as good work

Many people I spoke to extolled the virtues of farming as good work. Work that provides meaning and purpose and is conducive to wellbeing. But bucolic bliss in Ceredigion rarely provides economic security. It’s not easy to make a living off the land, especially in a place with relatively poor soil quality.

I’m told by different people that farmers who want to maintain a decent living standard need to get a day job or add value - turn their produce into products.

Michelle and Phillip from Dyfed Permaculture farm have managed to moonlight in a holistic way. By day, they manage the land by hand using scythes, providing “eco-system services” to promote biodiversity. But they are also e-commerce entrepreneurs. And most of their income comes from selling scythes online across the UK and running training courses for smallholders. 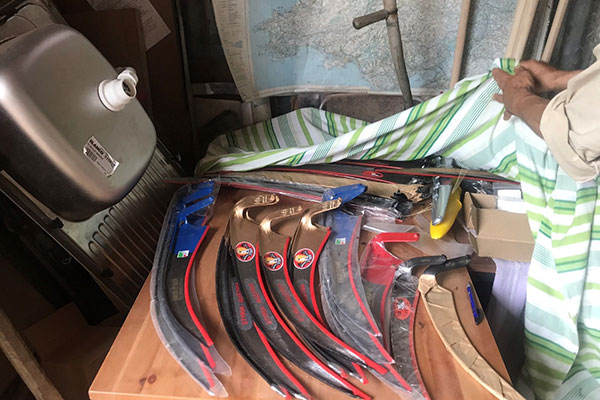 Later Arwyn Davies Business Development Manager at Food Centre Wales explains to me how “most of the farming in this area is traditional meat and dairy, and for this industry to thrive, we need to add value”. Food Centre Wales is a food technology centre that offers business advice, technical support and training to start-ups, SMEs and larger manufacturers. On my tour of their innovation hub I see some Welsh manchego being made by local producers and a curer full of goat salami.

Angela Sawyer, a Senior Food Technologist, tells me how these micro-businesses are an important asset to the food system, developing artisan products that consumers increasingly crave, and which often result in a lucrative exit deal when they are snapped up by a larger manufacturer.

However, things are about to get more challenging for anyone looking to start up a business in Ceredigion. Phillip tells me how “when we started up we were on working tax credits, then family tax credits, and now we are paying tax. But it would have been much more difficult under universal credit”.

Universal credit (UC) is yet to be fully rolled out in the area. For claimants who are newly self-employed, it gives them 12 months to create a viable business, after which a minimum income floor (the national living wage) is used to calculate their entitlement, irrespective of their actual earnings. The logic is that the government should not prop up businesses if they don’t provide people with at least the minimum wage. The problem is that 12 months is often not enough time for businesses to reach this point, and so UC might prevent businesses like Michelle and Phillip’s from ever fulfilling their potential.

RSA has previously argued that this start up period be extended to 24 months, alongside a series of other reforms that would help UC better support the self-employed.

The cost of food

One Lampeter resident told me that “there is a mixed bag of consumers here – some ‘incomers’ who are turned on and buy into organic and localism, but many who are not even willing to pay for good quality ingredients”.

Thursday dinner time, I visit a community meal project, which provides free food for people using supermarket food waste. I’m moved by how it is helping create community cohesion, address isolation and fight food poverty. Lyndsey, the lead volunteer who has lived in Lampeter for 25 years, talks about how “it thinks it’s middle class, but it’s got an underbelly of poverty”. I ask her what has changed about the area. She tells me how “there used to be no supermarkets, but they now control what we eat”.

One thing I have taken away from the bike tour is that the cheap food they push may be an illusion.

Friday morning I’m at Holden Dairy Farm and Patrick explains to me the true cost of food. It’s cheap only because of our failure to account for negative externalities. Some farming practices impose costs on others. Slurry spreading, for example, can pollute nearby rivers. Farm’s like Patricks internalise these costs and this is why his Hafod organic cheddar costs £25 per kg compared to £4 for Tesco value.

It’s difficult to quantify these costs but the Sustainable Food Trust has done some calculations. 50% of the true cost is in health impacts. The other 50% is in environmental impacts. More evidence is starting to emerge about the links between pesticides and cancer. As one Lampeter smallholder bemoaned “we have this productivity obsession in farming. It’s all about volume. But there is little consideration of whether this food is making people obese”.

Patrick shows me his field of 80 cows and there are 100s of swallows flying around the dung. He tells me about how he uses crop rotation to build up soil fertility – a technique that helps mitigate his carbon footprint.

I later had quite a striking moment of realisation. Earlier in my trip I had cycled through Brecon Beacons, a national park. But the areas surrounding Lampeter appeared to me to be more biodiverse. Was this because it is a “hotspot of alternative farming”? Or just because I finally understood the connection between farming and the countryside?

The future of land use

When I asked people about their aspirations for the future of farming in Wales, many said something along the lines of “less sheep, more mixed farming, and more polytunnels”. But is this possible in places with relatively poor soil quality? Lampeter residents told me about how there used to be more mixed farming here, if you go back 2 or 3 generations. And today people from Ceredigion can point to inspiring examples such as Blaencamel where polytunnels increase productivity 8-fold year-round.

Instead, I was told that it was the Common Agricultural Policy (CAP) that inhibits these types of farming. As one grower suggested “its bonkers that horticulture is not given the same level of support. It’s more land efficient and more labour intensive. We need to level the playing field”.

When I visit Jane Davidson, who is leading the FFCC devolved enquiry for Wales, she argues that we should frame this debate in terms of food security, pointing out that Wales grows little of its own fruit and veg. And while the summer drought was still front of mind for many people, some spoke about February’s beast from the east and how this demonstrates the need for a resilient local food supply. One Lampeter resident told me that “all the supermarkets ran out of stock, but the local shops did not”.

Brexit has placed this on the political agenda. With the recent decision to appoint a ‘food supplies minister’ amid fears of a no-deal scenario. We are after all, only four meals away from anarchy. 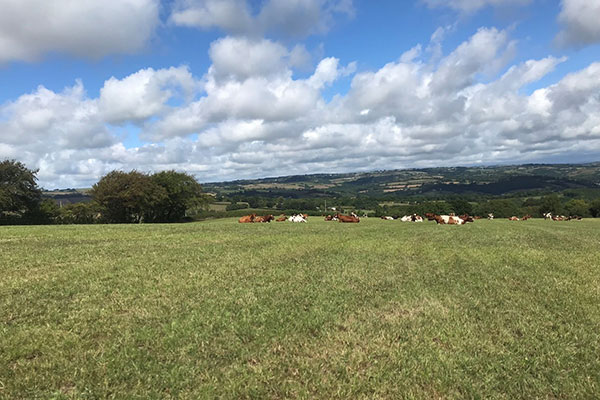 I leave West Wales feeling like I have reconnected with food. It’s clear that the food system can provide good jobs for people in this part of the country. And people’s vision for the future of farming may not be out of reach. Indeed, Brexit could open the door to change here. Last, but by no means least, I may even start to buy organic.