The decade since the financial crash has been one in which society’s divides have been revealed to be stark and destructive. Faced with an economic crisis of generational proportions, European and American societies have turned inwards, divided within, and started to pull apart without.

The fissures within Europe between the powerful Eurozone core and a weakened periphery, between Britain and the EU and, increasingly, between Europe and the United States, have sucked energy, remorselessly, into the present – blurring the future. The mid-term elections in the US underline deep social divisions that have opened up in that society - as have recent elections in Germany, Italy, France, the UK and Sweden. And, of course, in the case of the UK, there was the EU Referendum.

Horizons have narrowed, optimism has disintegrated, and conflicts over values exposed. We have experienced a decade of anxiety and anger and we are not out yet - far from it.

The Future of Britain survey 2018

This week, the RSA publishes its Future of Britain survey conducted on our behalf by Populus. It would be surprising to discover radically different warning signals in other European countries and the US.

The mantra of ‘take back control’ clearly hasn’t been realised by the EU Referendum and its aftermath. And nor do people seem to have had ‘enough of experts’. Public service leaders, academic institutions and think tanks also scored highly. A long way down the list, we find the Conservative and Labour parties (behind business, charities, and local Council leaders).

As the survey respondents see it, there is a sizeable mismatch between where leadership is distributed and where it should be distributed. And it is quite reasonable to surmise that this, in itself, might help explain the current anxiety and anger.

Yet, confidence in the role of citizens in mapping a better future could well be a positive signal and certainly worthy of serious engagement. 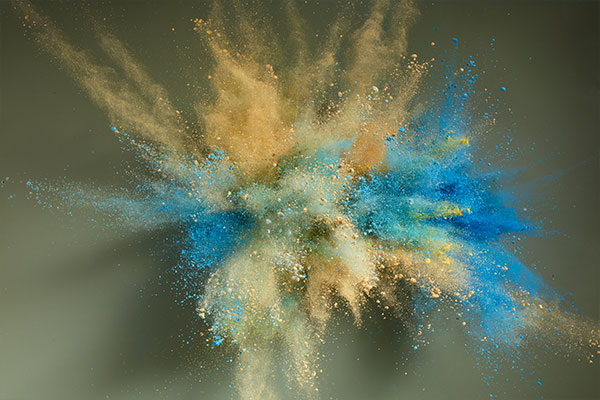 In a series of essays published today, Ideas for a 21st Century Enlightenment, the RSA’s Action and Research Centre maps out how a more optimistic future might be secured.

In my own contribution, I excavate past movements such as the abolition of slavery in the British colonies and explore how they combined expertise, leadership, experimentation and mass movements to radically change society. Today widespread institutional stasis - from technology platforms to government, media and business more widely – in the face of grand challenges can only be confronted with a similarly strong and sophisticated civic response.

The ethos of freedom, universalism and humanism – what Matthew Taylor has described as a 21st Century Enlightenment – runs through all the essays. And we propose a series of ‘foundations’: solutions at scale to meet enormous, under-addressed, societal challenges.

Julian Astle and Laura Partridge argue for an education of the ‘head, hand and heart’ owned by teachers, parents, communities and learners themselves. Such an education provides the citizens of today and the future with the knowledge, ethics, culture and know-how to collectively help a fractured society find answers to the biggest challenges it faces.

And these citizens will need a wide set of capabilities as we struggle to face a future that is already upon us. 75 per cent of our survey see Brexit as a ‘distraction’ from ‘more pressing’ issues such as automation, the NHS, schools and social care.

The biggest challenges we face are seen as inequality, the ageing society, social isolation and mental health, and climate change (all of which are seen as more pressing than the aftermath of Brexit).

It would be irresponsible not to confront the deep contemporary challenge of Brexit as best we can. Yet, in an all-encompassing focus on Brexit, there is a parallel irresponsibility – failing to properly consider other pressing needs. At some point, and perhaps in the next year or so, there may have to be a ‘move on’ moment in British democracy.

Struggles such as how to best navigate new technology – to secure its benefits and manage its risks – await. Ben Dellot and Brhmie Balaram help us navigate ‘radical technologies’. They caution against holding technology back and, indeed, advocate moving at a faster pace but ‘on our own terms’: with new data rights and renewing the ‘social contract’ to better provide people with the tools and resources - such as access to personal training accounts - to help them adapt and shape technological innovation. They also advocate mass ownership (and redistribution) of assets as well as income.

Ed Cox argues that if grand societal challenges – ‘Britain’s new Giants’ - are to be tackled more effectively then a ‘new settlement’ to support people and places is required. Building on the RSA’s previous work, Cox argues economic security could be enhanced by Universal Basic Income, pilots of which in Scotland the RSA supports, and a national debate is needed to see how to best support public services, starved of resources after almost a decade of austerity. But resources are not sufficient, voice is vital too. He makes the case for a comprehensive devolution settlement for the whole of the UK and enhanced, deliberative democracy.

There will be much debate about whether the ‘foundations’ we present here are the right ones and, in such an uncertain time, the optimistic note we strike may appear off-beat at first. We welcome this debate and we welcome an even wider set of ideas.

These ‘foundations’ are ones we believe have strong potential and are worthy of wider exploration, experimentation and democratic discussion. Our programmes of work across economy, education, public services and places are taking them forward in a myriad of ways.

Through this work we seek to join with many others, with coalitions of change, to help lay a more optimistic path; because the current malaise should not be allowed to continue. And it can be averted – if society shows a determination to pull together and be bold as has happened before.

Instead of 21st Century Enlightenment fading from view, it is there to be seized. Shall we do so together?

10 foundations for a 21st century enlightenment

The 10 foundations are explored in four essays featured in 'Ideas for a 21st century enlightenment':