As I stepped off the plane into the hot African sun at Lilongwe Airport in Malawi, I spotted the waving arms of a mazungu, or white woman, with striking short blue hair waiting for us. My colleague Nancy waved enthusiastically back, and told me, “That’s Janie.” I’ve learned to let go of normal expectations in my line of work as a documentary filmmaker, so found it thrilling that this champion of menstrual cups in Malawi was a woman past the age of needing them… and had blue hair. All photo credits Nancy Durell McKenna.

It took me 21 years and 10 months, or approximately 262 menstrual cycles, and traveling to all the way to Malawi before I saw a menstrual cup and learned what it was. I was there to meet Janie Hampton FRSA, a former BBC journalist and now a global health worker, after being been hired as a film-maker by Nancy Durrell McKenna of SafeHands for Mothers. SafeHands for Mothers is a UK charity that creates films focused on issues of maternal health, preventing female genital mutilation (FGM), and addressing taboos around menstruation. The film I had been asked to shoot in Malawi investigated why women in Dzaleka Refugee Camp wanted to use menstrual cups (‘Malawi Girl Guides love Menstrual Cups’). 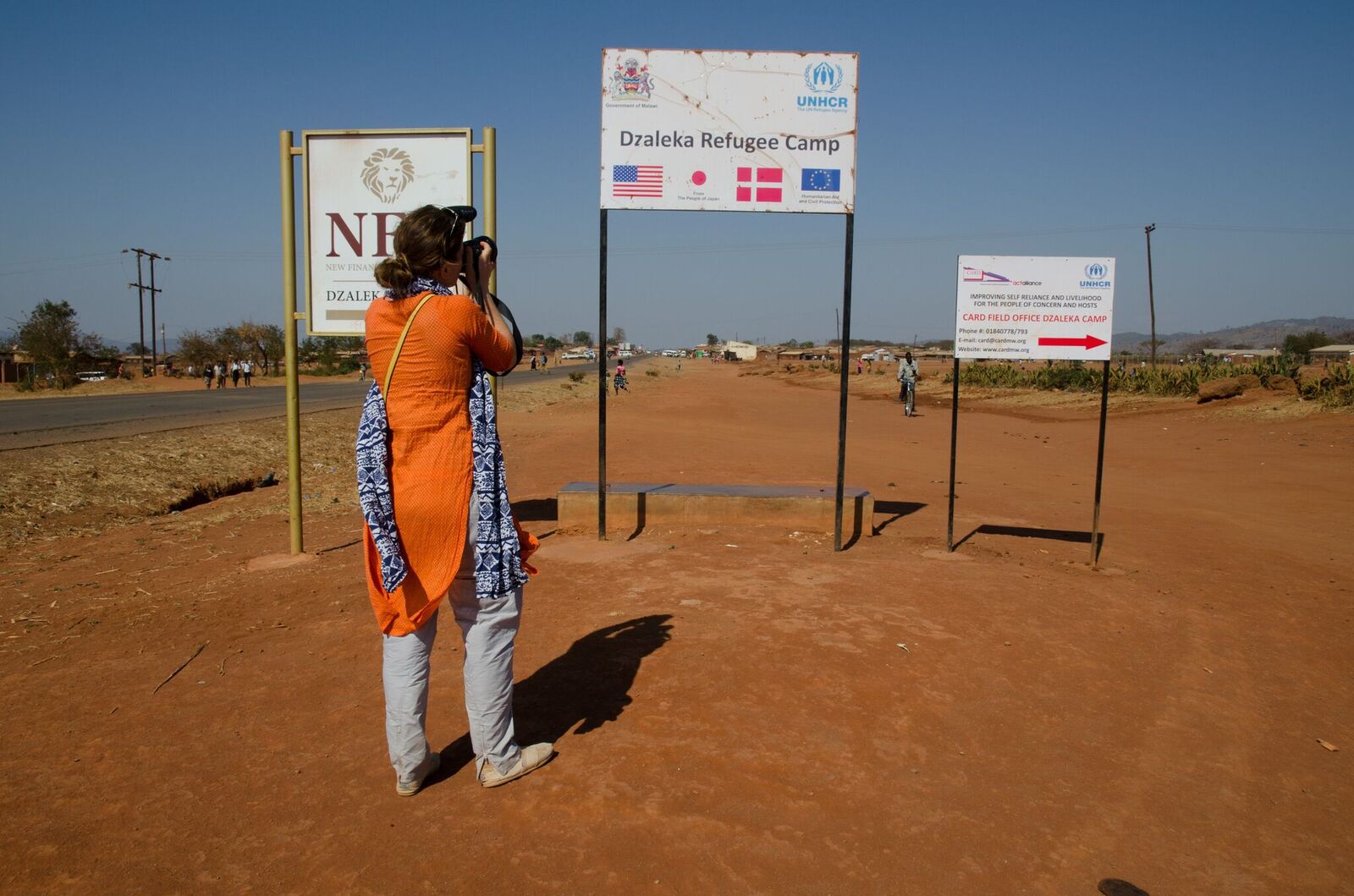 I began my week-long shoot, while menstruating myself, learning about the journeys refugee women made to reach the camp. In my previous work, I’d filmed in refugee camps in Jordan and Bangladesh which included numerous interviews with their residents. But even I, as a woman, had never thought to ask what they did when they menstruated? Dzaleka refugee camp in Malawi was originally built to hold 9,000 people but now hosts 37,000 and is over crowded with limited resources. When women from Rwanda, the Congo or Burundi finally find safety within the camp, the underlying taboo of menstruation leads to issues of hygiene and personal health. They typically find themselves using either donated disposable menstrual pads without anywhere to dispose of them, or rags they wash by hand and dry in the dark.

As I sat behind the camera enduring my own menstrual discomfort, I saw how women opened up during the training sessions. They talked openly about their bodies and what happens to them every month. The session was run by Lucy Nkhoma, a local menstrual cup trainer in Malawi. I found it both fascinating and unnerving that when the women were presented with a diagram of female anatomy, many (myself included) could not immediately name all the parts. It proved to me how little awareness and discussion there is for women around the healthy, monthly function of menstruation. It got me thinking: if we cannot freely and openly understand our own bodies when they are healthy, how will we know when something is wrong? 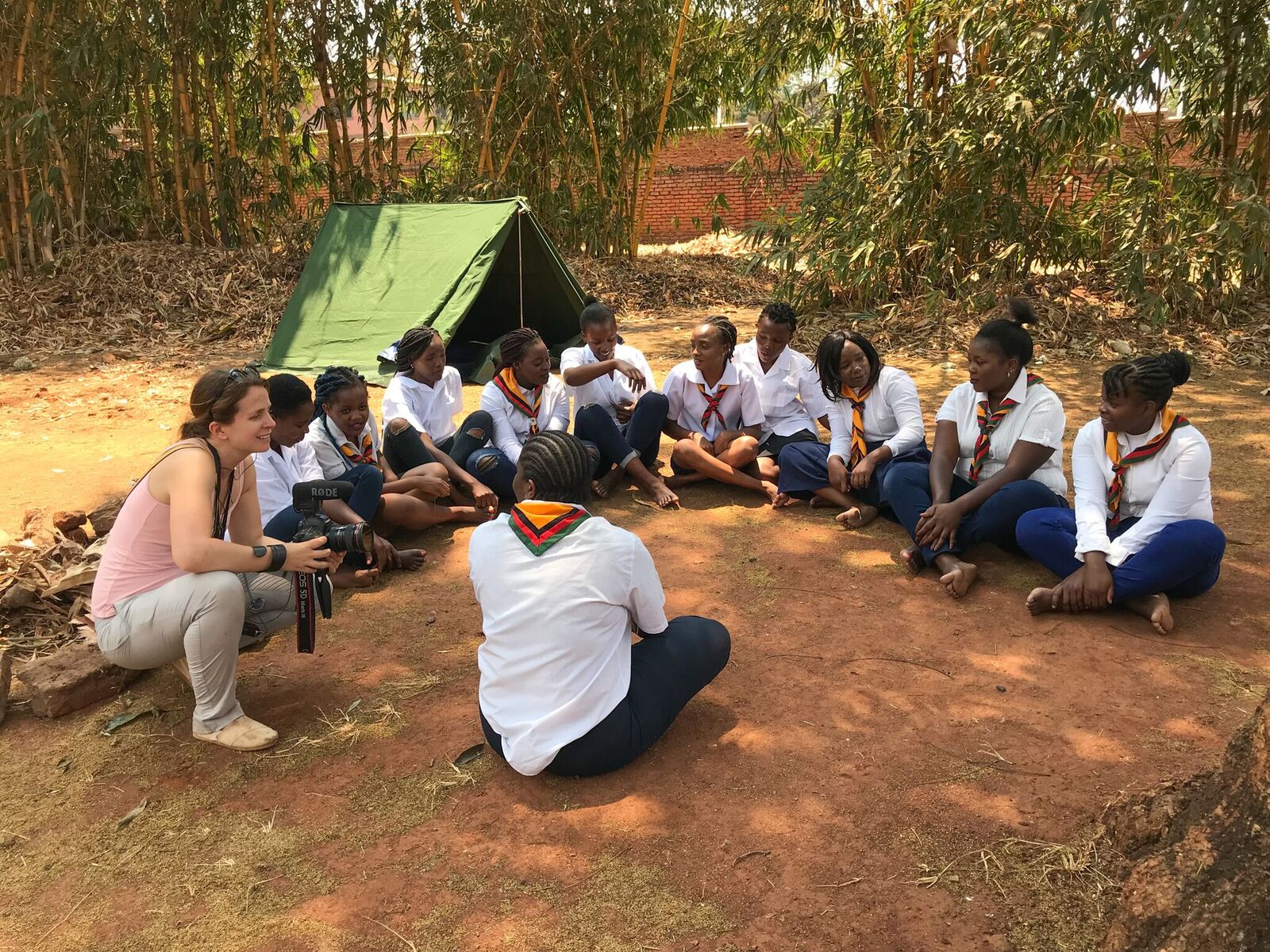 The benefits of menstrual cups far outweigh the cost, which is about £15. A cup is re-usable, comfortable, and lasts for 10 years; I couldn’t help but think of all the menstrual products I’ve wasted, whereas the difference in environmental impact of menstrual cups can be huge. Most shocking was learning from Janie that the menstrual cup has been available since 1937 - this product has existed for close to a century, and yet so many women are unaware of its existence. Any girl or woman should have access to any – and all – menstrual products that exist. This can save money, the environment, and offer women a healthier and comfortable option that can allow them to live those 4 to 7 days every month to their fullest potential and productivity.

The hour-drive each way from Lilongwe to Dzaleka during my week in Malawi was filled with Janie’s energy and enthusiasm for the film I was making, and naturally with talk of menstrual cups. What we also learned was that we are both Fellows of the RSA! It was surreal to find myself unknowingly working with another Fellow on such an important issue so far from home; and yet at the same time quite natural that this is the purpose of the RSA - to bring social change-makers together to support each other, whether they know it or not. 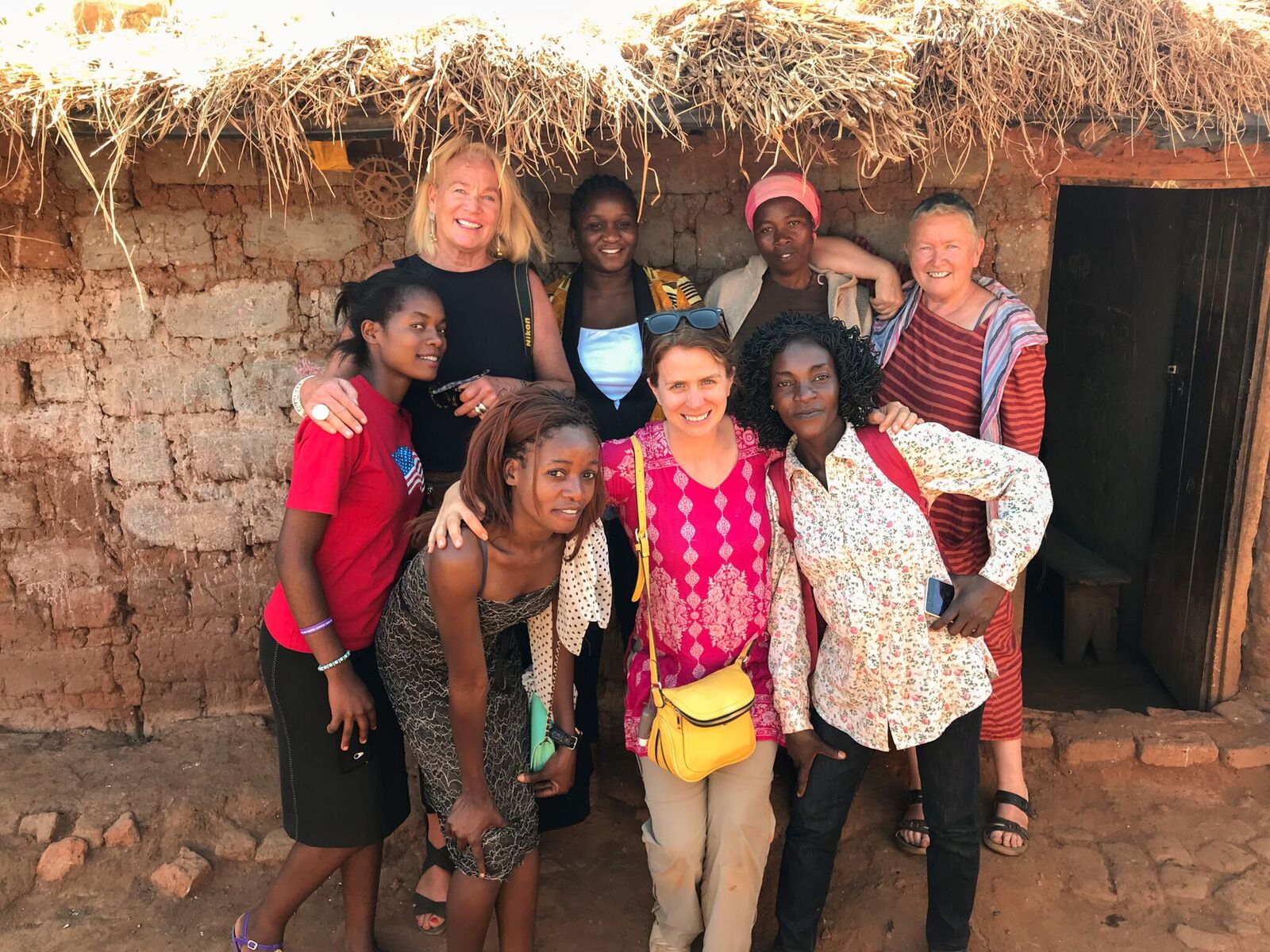 Lauren Anders Brown FRSA is an independent, self-shooting documentary filmmaker focusing on global health and humanitarian work. Her previous projects include the award-winning documentaries ‘The Checklist Effect’ and ‘Six Year Old Fears.’ She’s filmed in 37 countries, 11 of them in sub-Saharan Africa, and this year has been primarily covering refugees and women’s health.

The documentary film ‘From Rags to Cups: Giving Refugee Women a Choice Every Month’ will premiere as part of the ‘Breaking the Cycle’ documentary series by SafeHands for Mothers next month: www.safehands.org.