A non-tragedy of the commons

“I’ve never been to the UK countryside”, I confess to my colleagues before setting off on a one week tour of Gloucestershire for the RSA Food Farming and Countryside Commission, provoking reactions of shock and surprise.

I grew up in Italy and moved to London for university and work and as such have had little reason to visit the UK countryside. As I jump on the train to Gloucester (as much as jumping is allowed with a huge orange cargo bike) I’m excited at what rural England has to offer.

But this polarised representation of the county soon starts to crumble. While cycling through it, I realise the Forest of Dean is a hidden gem of stunning beauty: larches, pines, chestnuts and birches create endless shades of green and brown, reflected in the deep ponds. Despite its beauty, the place doesn’t seem to be filled with tourists. “There are mainly locals visiting and some tourists interested in natural areas and in cycle trails. The Forest is between two rivers, so people here saw themselves as having a separate identity from the rest of the county: they’re often defined as a ‘rough lot’, but they are proud of it”, explains Judith of Dean Forest Food Hub. 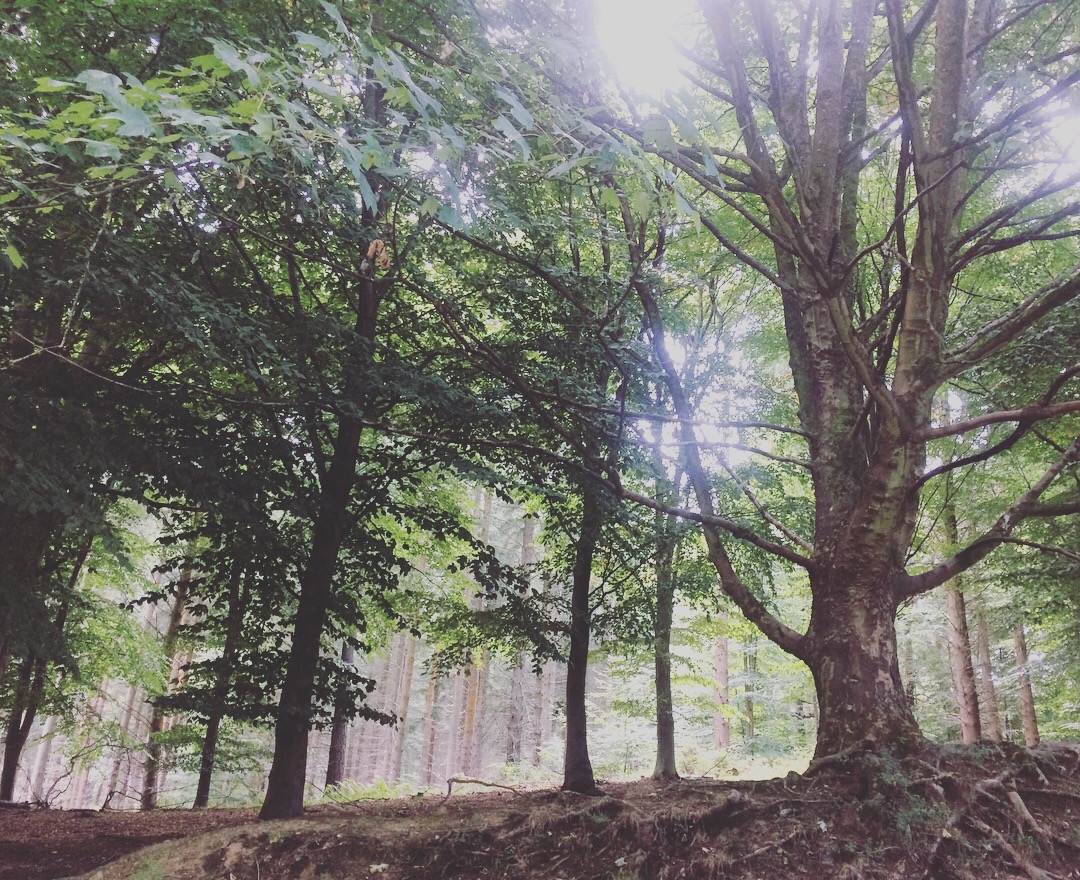 Being home to natural resources such as coal, iron and stone, the Forest had a strong industrial past but when, in the 1980s, coal mines began to close, the area did not keep pace with the rest of the county economically. Food and agriculture was never a key industry here, but I did discover projects that focussed on building community with forest, food and farming at the centre.

Rebekah Hoyland of Blakeney Hill Growers CSA explained to me that twenty families keep goats, chickens and bees on some derelict land. They also grow fruits and vegetables and everyone takes responsibility for one bit of the production, sharing their knowledge with whoever wants to learn. Similarly, Scott of the Rewild project, a project that works with local and disadvantaged youth to teach traditional forest skills such as foraging, hide tanning and natural woodwork, builds communities by reconnecting people to crafts and traditions. Judith of Dean Forest Food Hub explained to me that their online farmers’ market, which distributes 50 boxes of local food every week, also functions as a community for staff and volunteers that come together each week to celebrate the local produce they help pack. “I believe it’s important to build a community with your neighbours,” explains Rebekah “and even better if it’s around food!”

Expecting to find a whole different world, I cycled east, to the little town of Stroud in the Cotswolds.
There I met Sam, a farmer at Stroud Community Agriculture. This is a community-led enterprise which began in 2002 when a small group of consumers got together, rented a piece of land and hired a farmer. Now the farmers are two and they produce 320 boxes of vegetables each week. For members it isn’t  just a place from which to buy vegetables. By buying a share of the produce you become part of a wider community. One interesting feature of these enterprises is that the worries around Brexit are almost absent. Stroud CSA doesn’t employ migrants (“it’s easy to find local people. People want to work for this project.”) and the amount of subsidies they receive from the EU is fairly limited: £2000 per year with a turnover of £160,000 per year. Moreover, they have a strong relationship of trust with their members: “If subsidies ever became a problem, we could easily communicate to our members an increase in price and they would be supportive”.

The feeling of landing on a different planet did hit me when I met with farmers in Gloucester. It was the NFU monthly meeting and arable, beef, dairy and poultry farmers had convened from all over the county. There was a lot of finger-pointing and blaming, especially about the government’s lack of attention towards the farming sector: apparently in every other country of the EU – from from Ireland to Poland through to the Devolved Nations, politicians can understand and support farmers’ interests. But not in England. The number one priority for NFU is to reinstate a mandate target: “Now the UK is only 60% self-sufficient in food and this has to change”, the County Advisor explained. Relying on imports also means limited food security: “with the snow, we run out of food in the shelves”.

What struck me most was the debate around cheap food. “When we point out our struggle to  recruit staff, MPs suggest we offer more money” one attendee recounted, “but because of the cheap food mentality it’s impossible to balance the books”. Recent news headlines saying that people will have to spend more for food caused anger. “What they are not saying is that food prices have increased much less than electricity, oil, Council Tax, etc”. While stating they were against cheap food, I couldn’t help but notice that they spoke of their businesses as if they were dealing with any kind of commodity: supporting the view of food as a mere commodity is the best way to enable the cheap food mentality to spread.

The blame game went on: alongside government, consumers were seen as ultimately in charge of enacting the change in mindset that could avoid the cheap food race to continue. Consumers, especially the ethically conscious ones, were also held responsible for the perceived continuous bans on pesticides and fertilisers enacted by the government. This blame game came from all sides. Socially and ecologically motivated farmers who I spoke to made negative remarks about conventional famers. In every case this polarisation seemed entirely counter-productive.

Going past these polarisations is no easy task. “Even though the farming sector is providing food to the country every day, it was not in the referendum debate” I’m told by professors at the Royal Agricultural University in Cirencester. “Education has a huge role to play. We need to educate multiple generations on the importance of the sector, and from our experience we have seen that sustainability, technology and wellbeing issues are the best-selling points”.

I’ve always been skeptical about the concept of food-commons, feeling that it was too radical and theoretical and impossible to realise in practice. But this week on the bike showed me that commons-based enterprises not only exist and thrive but can also be more economically sustainable than their conventional counterparts.