In the week that we in the public service and communities team launch a new prospectus for research action that highlights isolation and mental health as one of Britain’s ‘new giants’: we asked children from the RSA Academies to tell us what issues concern them most. Mental health came top of their priorities.

To share this insight, we teamed up with Children England, the body that represents childrens’ charities in England, to feed into its inquiry into the welfare state and investigate what is required to move our current social settlement to one that is responsive to the needs and concerns of our youngest citizens.

Both in policy and practice, improving the quality of mental health interventions and decreasing social isolation are fast becoming (much like how to fund social care) one of the areas of social policy where the strength of cross-party consensus on the issue is matched only by a paucity of political leadership required to address them.

Nowhere is this truer than amongst children and young people. How public services respond to and treat children’s concerns is a subject of substantial policy debate but remain stubbornly under-developed over the last decade. New official statistics on mental health and loneliness released by the government this month underscores the importance of tackling these ‘new giants’ facing young people in contemporary Britain.

Moving from research to action

Much like the public services team’s prospectus lays out, both research and action are critical to achieving wins for children. Indeed, fresh data on prevalence and severity of mental ill-health amongst young people and new findings on loneliness are very welcome even if overdue.

In statistics compiled for the very first time, we find that 14% of children aged 10 to 12 say they “often” feel lonely. Amongst children living in a city, 19.5% of children, almost 1 in 5, reported “often” feeling lonely compared to just over 5% of those living in either towns or rural areas.

New data from NHS Digital corresponds closely to the findings of the Millennial Cohort Study published in 2017, which highlighted that mental health amongst young women was a pressing national concern. Then, it suggested that as many as 1 in 4 women between the ages of 16 and 25 are living with a mental health condition. The official statistics now confirm this and go further, highlighting for the first-time prevalence of mental ill-health amongst 2-5-year olds, showing that 5.5 per cent are living with mental disorders (which include emotional, conduct and hyperactivity disorders) affecting roughly 150,000 children.

A greater understanding of prevalence of course gives us only half the tools to answer how government and public services tackle the issue: crucial to this to listening to young people themselves.

Unconditional positive regard: a blue-print for how future public services treat children? 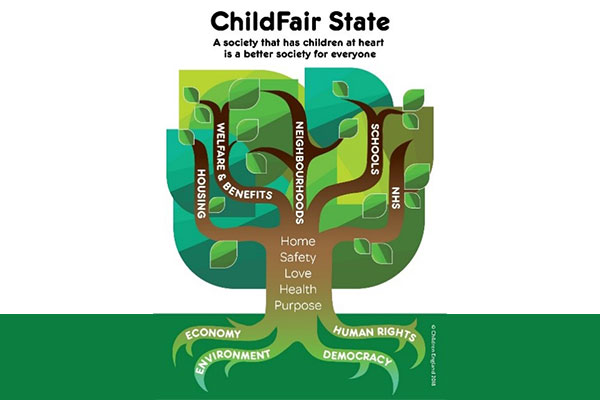 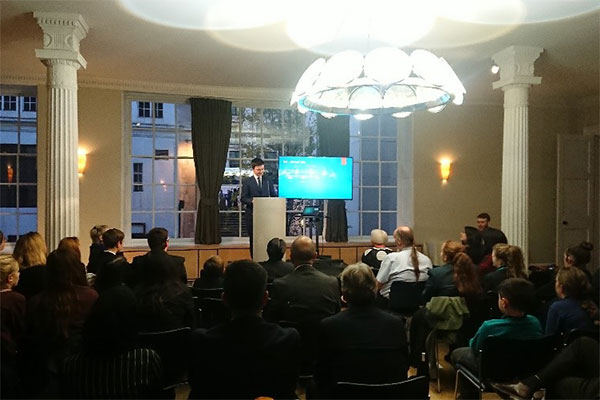 In our recent study, we asked those in the team at Children England supporting its inquiry into the welfare state to take part in RSA's annual ‘Takeover Day’, an initiative of the Office of the Children’s Commissioner for England, and asked pupils from schools across the RSA Academies what current social issues facing children in the UK are most concerning them.

These sessions included young people from all ages with pupils  coming from across seven primary, middle and secondary schools which serve areas of multi-disadvantage and are based in the West Midlands. They highlighted consistent themes we explored in our prospectus for change with a level of sophistication that gave us pause for thought on whether Children England’s vision to ensure all services treat children (and their concerns) with ‘unconditional positive regard’ might be a future blueprint for a 21st century welfare state.

Over the course of the day we asked the group of over 60 children across the schools to think about social problems that concern them and their families and friends most and then had them vote on the concerns, identifying issues that society should prioritise.

Mental health came far and beyond on top of their list of concerns. Little wonder when we reflect on recent data. This was followed by violent crime, including knife crime and child abuse; homelessness; climate change and technology. Family financial problems and pressures to succeed academically were also prevalent issues highlighted amongst all age-groups.

The concerns won’t come as a huge surprise to many but diverge in interesting ways from the New Giants that adults we polled identified. What they share are issues that have deep, long-term causes – and most pertinently, show little regard to constitutional debates surrounding our membership of the European Union.

Given recent announcements from government on mental health and loneliness, these equally long-term challenges highlighted by young people are issues that require significant political commitment and long-term planning to address. As the public services team takes forward its programme of work to find innovative ways to take on Britain’s New Giants, we will continue to investigate how public services can tackle the new giants facing children and young people.

Join in and download our new prospectus for research and action