I’ve just got back from two weeks in Australia and New Zealand, where I took part in a series of events and meetings to explore the RSA’s emerging work programme in the Oceania region.

Despite a distinctly colonial relationship in the past, I found that the contemporary challenges on the minds of RSA fellows ‘down under’ have much in common with those faced in the UK. The time is ripe for closer collaboration and a more place-based approach to achieving greater global impact.

The RSA in Australia and New Zealand

For the large part of its history, the RSA’s relationship with Australia and New Zealand had to do with the trade of goods.

In a fascinating little book, published in 2004 to commemorate the 250th anniversary of the RSA, Australian Fellow AH Wills chronicled how some of the Society’s earliest awards (premiums) were given to entrepreneurial Aussies such as John Macarthur for his “fine merino wool” in 1821 and Gregory Blaxland for his shipment to London of 1700 litres of red wine in 1829.

Today, there are nearly 450 RSA Fellows in Australia and New Zealand. For the past two years their activities have been supported by regional director, Philipa Duthie, and a newly-formed board of directors. This was the team that greeted my arrival from the UK and with whom I’ve had the privilege of working with as we’ve spent two weeks exploring what it means for the RSA to develop a more place-based approach away from London and nurture a more concerted global impact.

For the large part, the issues and challenges currently facing the UK, Australia and New Zealand share many common features.

The centrepiece of the visit was an Inclusive Growth Summit held in Wellington for over 100 economic development practitioners. Launching our report – Inclusive Growth in Action – I was able to share details of 8 case studies where cities from all over the world are implementing practical programmes of action, based on a systemic analysis of the problems they are facing, in order to address the widespread and multi-faceted inequalities that have become an enduring feature of our global economy.

New Zealand is generally regarded as a more equitable and progressive nation. But local contributors at the conference highlighted evidence that even New Zealand displays many of the characteristics of other unequal, developed nations – for example, growing disparities in wealth accumulation and wage stagnation amongst lower paid workers. 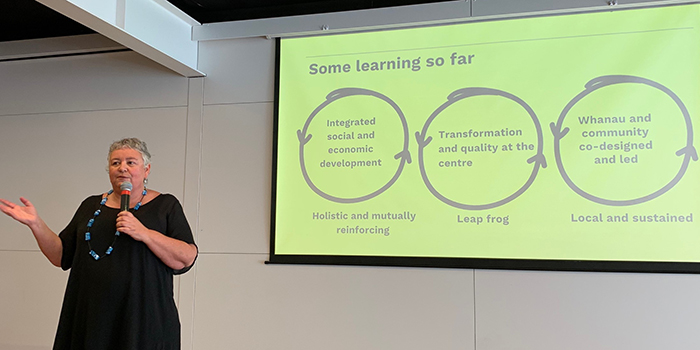 This is especially true amongst New Zealand’s indigenous populations. Traci Houpapa, Chairperson of the Federation of Maori Authorities (FOMA), demanded a far more concerted approach to giving the Maori people a voice in co-designing the economic development strategies of the future.

An example of good practice in this regard is The Southern Initiative (TSI), which is working with a range of government, council, iwi (Maori nations), community and business groups to raise living standards within Auckland’s more deprived communities. It operates a range of programmes supporting Maori and Pasifika people (indigenous peoples of the Pacific islands) into local infrastructure jobs and community enterprise alongside early years and healthcare projects.

Coming just four days after the terrible mosque attack in Christchurch, many conference participants related the extremism of the white supremacist gunman to the high levels of economic insecurity in many parts of New Zealand and Australia and the political polarisation it is causing.

Ganesh Nana, chief economist at BERL, spoke movingly at the conference about the importance of each of us moving out of our comfort zone in developing a new economic model and the risks to the safety and security of even a very peaceful nation if we are too complacent about the need for change. 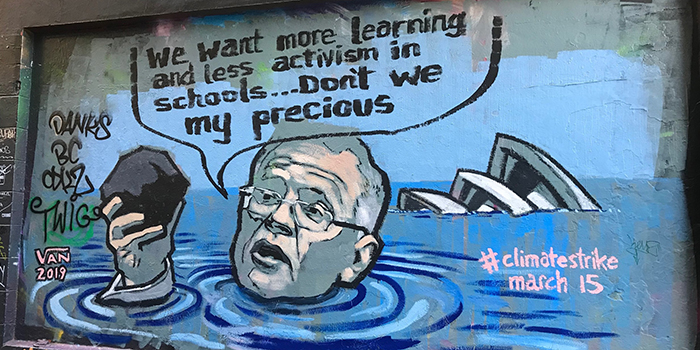 Change is not easy though. In Victoria, Australia, I had the opportunity to visit Gippsland - an area 150 miles to the east of Melbourne which is renowned for its coal-exports and energy generation.

The Loy Yang power station, with its 2 giant generators, continues to generate 3000 MW electricity from brown coal. With the recent closure of the nearby Hazelwood and Yallourn coal-fired power stations, it now stands as a symbol of local pride in a region that might describe itself as being ‘left behind’.

Gippsland is now more notorious for its terrible bushfires than its industrial capability as, ironically for Australia’s climate change deniers, its propensity for drought appears to be getting greater year-on-year.

Two hours up the Princes Highway in a square outside Melbourne’s Parliament House, school children were staging Australia’s first country-wide climate strike. Inspired by the call to action of Greta Thunberg, they were ensuring that climate change remains centre stage in the forthcoming state and federal elections.

The attitudes of these two groups are poles apart. But despite the polarisation between both young and old and urban and rural, the opportunities for more renewable energy generation are clear to see.

The wisdom of indigenous people – perhaps best expressed by the tikanga Maori ("the Māori way of doing things") promoted by the Taitokerau Education Trust – provides a profound basis for a more sustainable economy. Systems thinking on sustainability is considerably older than even the RSA it would seem.

That said, ensuring indigenous ideas gain any political or economic traction remains a distant hope, especially in Australia where political trust is at an all-time low. In Sydney, we partnered up with the newDemocracy Foundation to host a debate about ideas for a more productive politics.

Our speakers from across the political spectrum each identified flaws in existing parliamentary set-ups: from short-termism, to party selection and the over-dependence on public opinion rather than public judgement. But each had their own different preferred solution: from civic education to the extensive use of deliberative assemblies and complement representative democracy.

Australia seems streets ahead in the number of local citizens’ juries it has conducted, on issues ranging from housing choices in the Australian Capital Territory to infrastructure spending priorities in Byron Shire. If the RSA were still giving prizes, then today Australians would be winning them for democratic experimentation rather than wool or wine.

The future of the RSA in Australia and New Zealand

Nine events, 4 fellowship meet-ups, and 13 meetings have proved beyond doubt that the appetite for the RSA to continue its close relationship with Australia and New Zealand is as strong as ever. 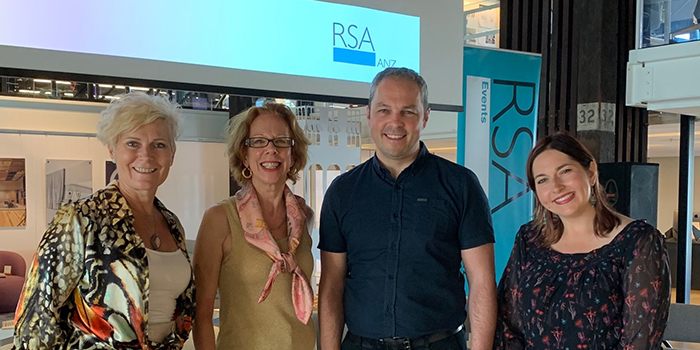 The exotic and colonial relationship has been well and truly consigned to the past as today we share very similar challenges which lend themselves to more global perspectives combined with local application.

As the RSA gears up to have an increasingly global impact in the years ahead, it will be Wellington, Wyndham and Walhalla that define the future success of our old organisation just as much as what goes on in John Adam Street.