Who will win the US-China Trade War?

Following some weeks travelling around Asia I can report that in that part of the world there is only one story in town: the US-China trade war.

As British people agonise over Brexit, Farage, and the oh-so disappointing finale of Game of Thrones, a real life, world-changing global conflict is happening. It has the potential to define our reality here in the UK for many years to come, to a far greater extent than any other issue currently in play.

That no one in our political debate seems to have the slightest idea what to do about it or the slightest influence in shaping these grand events is yet another indictment of Britain's political class, though to dwell on that is to offer little new to the debate.

Instead, here are five things that emerged for me as I experienced the anxiety and sense of helplessness on the ground from those whose lives are already being directly affected by the real-life Game of Thrones happening between Washington and Beijing.

1. This is a war of economic models and culture as much as it is war of currency and trade

China's centrally planned economic operation is a source of much angst among the Trump administration. For some of its members, China is both it is both a strategic adversary and a philosophical enemy.

Trump is a self-proclaimed champion of a certain type of free market economics. In a campaign speech in 2011 he called the Chinese “motherfuckers” – and got a round of applause. In that speech and many times after, he claimed the way to deal with China was to put a man who understands how to negotiate - The Donald himself - in charge. In many ways the China conflict is the whole point of Trumpism. It is likely that Trump will do and risk anything to fight this battle, no matter the cost.

And that cost is likely to be significant given the considerable rise in cumulative trade between US and China prior to the start of the trade wars. 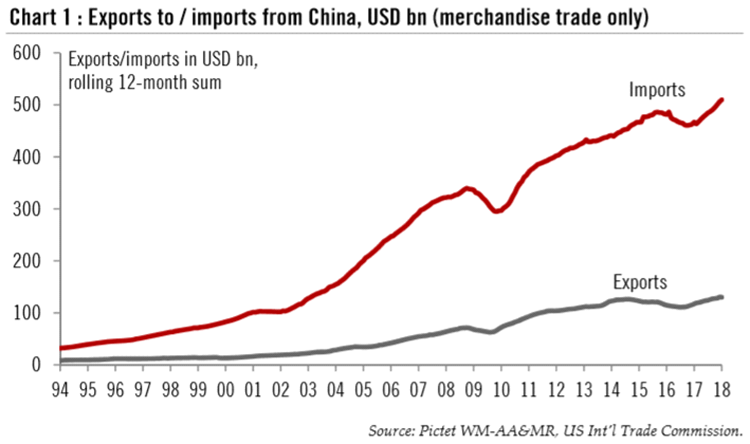 The Chinese see this: they repeatedly cite 'the brash tone' of the various attempts at agreement as a barrier to settlement.

Cultural difference is not just about presentation, however. It is about strategy. The Chinese are able to take a multi-decade and even multi-generational approach to economic planning, so long as domestic living standards are improving at a rate that keeps the current regime in power.

In contrast, the US faces a four-year election cycle that leaves only narrow windows where short-term pain can be suffered, without risking a change of leadership.

The Chinese maintain an advantage - unless tariffs are raised to such a level that other suppliers substitute their wares for those offered by the Chinese, a process that inevitably takes time. Trump knows this: for him an escalation in tub-thumping and in tactics is the only route to success in 2020.

2. The Huawei debacle is both a smokescreen and a symbol for the wider conflict

The decision by the Trump administration to place Chinese smartphone manufacturer Huawei on a list of proscribed companies has caused a huge fuss.

This is probably not a decision that would have been taken with the US-China trade war. So in that sense, it’s a bit of a smokescreen for the wider conflict.

Still, it might be the moment the trade war really hit consumers. Google have already indicated they will not do business with Huawei, meaning that only a ‘lite’ form of Android will be available to Huawei phones. This will have huge consequences for Huawei's business.

In the long term, this may lead to a global fragmentation of tech infrastructure. There are already arguably superior versions of Western products in use by countries in the Chinese orbit. Line and Grab are versions of Whatsapp and Uber that, in functional and cultural terms, just work better.

If we end up with a separate set of apps for ‘Western countries’ and ‘Chinese countries’, the Huawei fight will become a symbol of a growing economic divide.

It would mean the current American tech giants will lose out and the global challenger companies would benefit. Google may rue getting involved in Trump’s conflict.

3. This is essentially a battle between two colonial powers

It is, of course, not simply the terms of trade but the rise of China and the possibility it may overtake the US as the world's greatest power that is at stake. At the beginning of Trump's administration, some commentators suggested that before he left office, China would overtake the US in terms of the size of its economy.

Since then US growth has accelerated thanks to Trump’s Keynesian-style government-backed tax cuts for business, while China's growth has remained at a stable level - at more than double that of the US. 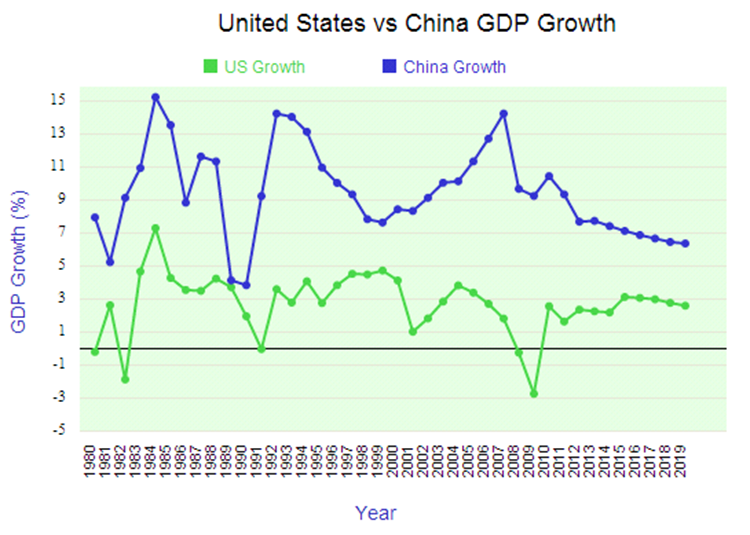 China is aided in this by what one might consider a brazen approach to economic colonialism. Its infrastructure and tech investments in South East Asia and Africa especially are shutting out America. Everywhere I travelled the hand of the Chinese could be felt. I saw signs across Cambodia for the Chinese Renminbi being the currency of choice for future-focused businesses.

4. This is the natural extension of populism: economic patriotism and global conflict

In an echo of the Brexit debate in the UK, the rallying cry for both China and the US is economic patriotism - the need to put individual self-interest aside for the country and to suffer pain for the greater sovereign good.

Just as almost every British person will feel the impact of Brexit, virtually every American is likely to feel the impact of Trump's tariffs on just about everything imported from China. He will have to persuade Americans that what is at stake is more important than their own wallet.

He will also appeal to their sense of fair play. In a recent Gallup poll, 62% of Americans said they believed trade with China is unfair. Clichés remain a big part of the narrative: 'There are more of them than us.' 'They play dirty, we don't play dirty.'

Trump continues to believe - with some justification - that he is the one in the position of strength here and therefore gets to call the shots. He will urge Americans to believe in themselves and what could be more American than that? 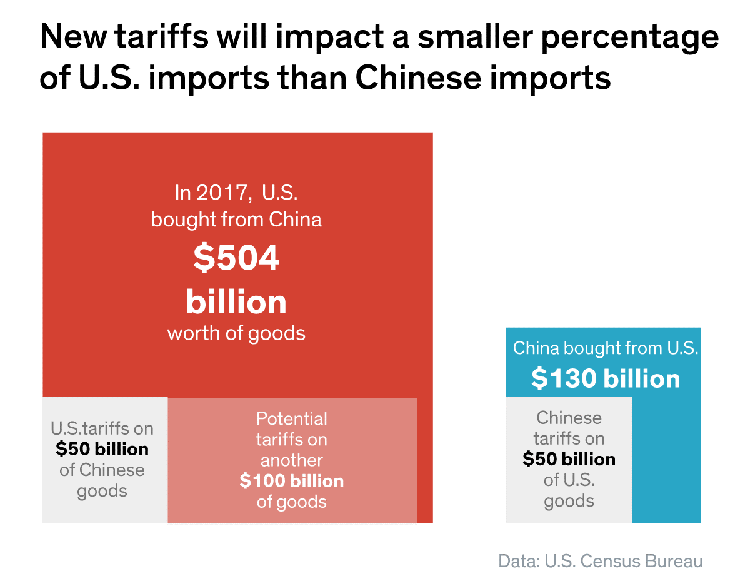 5. This is going to affect everyone, far more than Brexit

Finally let's be clear: this is going to affect everyone, you and I included.

Consider: in a recent business survey by the European Union Chamber of Commerce in China, 23% of European companies in China said they were already suffering from the US increase in tariffs on Chinese products. Relocations are beginning. But Western businesses don’t not necessarily see Trump as the bad guy in all of this. Around 20% of business in the same poll complained of being forced into technology transfers for the benefit of a Chinese partner (double the number from two years ago). The level of economic protectionism in China is a constant source of dismay.

In an uncertain world, with the Eurozone in almost constant meltdown, Brexit causing chaos, this trade war risks tipping us into continuous hardship and conflict. If it escalates any further, it risks real social consequences as well.

Once upon a time the UK might have had a seat at the table as a trusted mediator in a dispute like this. Yet our international stock has never been so low. The institutions that are supposed to mediate - such as the World Trade Organisation - have proven to be unfit for purpose.

None of this makes a WTO-Brexit any more appealing you might say, but it also begs the question: how do we get ourselves out of a mess like this?

Who will win the China-US trade war? It’s not clear anyone can win. One thing is for sure: among the losers will be us.