InHouse Records was never designed to operate as a traditional record label, (we are of course a label of change), but it's incredibly exciting to be seen as a contributor to the music industry. 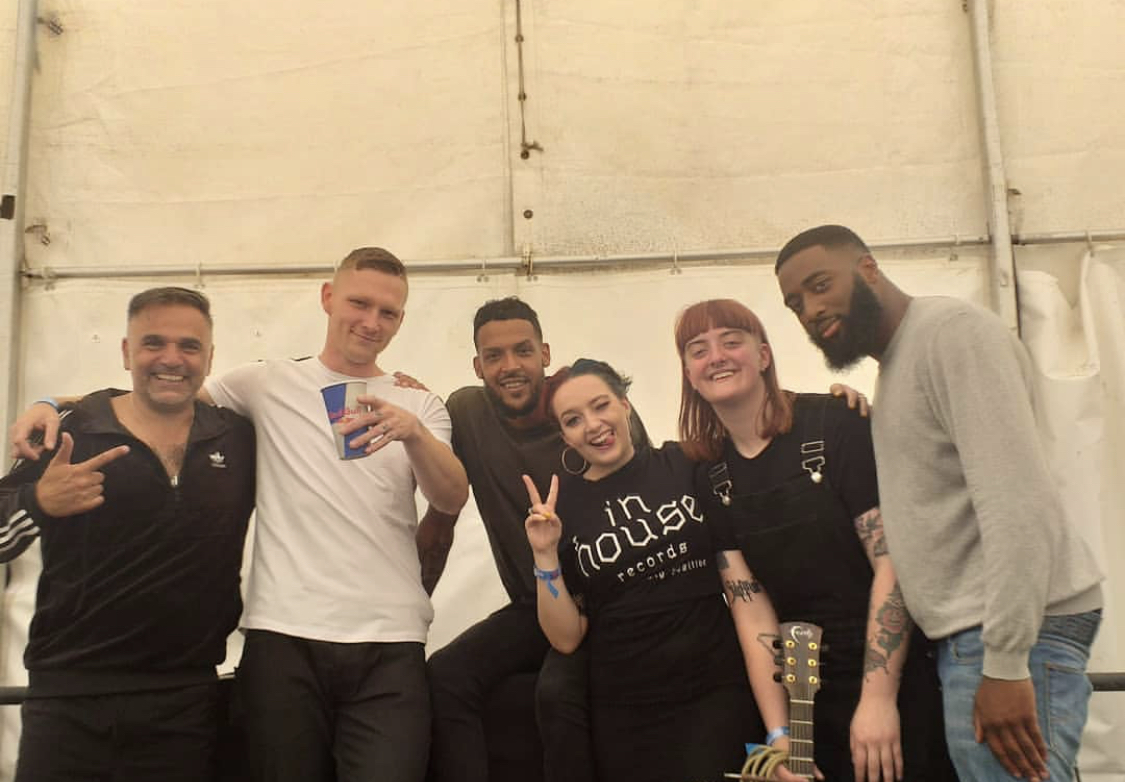 That same contribution was acknowledged and validated in multiple ways just recently at Latitude Festival 2019, a long-running music festival held each year in Suffolk. It's fair to say that such recognition has led to a golden feeling for all involved with InHouse Records.

For those of you not too familiar with the name, InHouse Records is an initiative I created as a social designer, born of a desire to see if I could contribute to the reduction of re-offending in the UK.

After years of research in prisons, with both prisoners and governors, the insights I learned became refined; through a co-creative process (with 15 prisoners in Kent) we created the worlds first 'Record Label in a prison'. InHouse Records takes the many tasks associated with running a functioning record label and turns them into a soft curriculum for change.

By developing technical and dialogic skills, the label combines, tracks and records aspiration with development in core competencies that are accredited by Ernst & Young. The real, visible outcomes are: a reduction in re-offending, more positively-behaved prisoners and the reduction in negative behaviour, but a significant by-product is that we create music. In fact, we create music which Universal Records is excited to distribute and which both Fender and Roland - two internationally influential makers of instruments - support us to make.

At Latitude 2019, graduates of InHouse records were amongst the performers. This was an incredible opportunity for our graduates, who were able to share songs that mean more than just a slot at the festival, songs which go some way to capturing the complex and profound stories of their journey to date.

The fact that InHouse as a label had artists performing at a major UK festival, without having released any music before now is not only a unity in our narrative of being a label of change, shared by the amazing people at Latitude, but also a throwback to the days when a record label represented a narrative of itself. Where consumers purchased music from labels such as DefJam or Parlaphone safe in the knowledge that the label captured a certain sound or kind of artist. InHouse Records is a label that also has its own narrative, its own kind of sound and definitely a unique kind of artist.

I had the wonderful opportunity of sharing our story with Radio1 DJ Huw Stephens; we have all been blown away by the incredible response and support we have received, not just from the music industry, but also from the design world.

We have been supported by institutions like The Royal College of Art, Innovation RCA and the Design Against Crime team, as well as winning Gold at the London Design Awards, iF Social Impact Awards. Furthermore, we have been recognised in the world of business by winning the NatWest Social Enterprise of the Year Award and our ongoing collaboration with Ernst & Young.

InHouse Co-Director Neil Sartorio, has been "dangerously, positively" building an organic network for change; together we have been creating precedent, not for the sake of precedent but because it's the right thing to do.

Jude Armani FRSA founded InHouse Records in 2017, out of a desire to stop recidivism in prisoners. InHouse has since worked with over 300 men in six prisons, and hopes to release its first music by the end of this year. You can find out more about the work that InHouse Records is doing via their website.