Seven structural pathways for racial equity: a dispatch from the RSA US

A few weeks ago the RSA US issued a statement expressing our deep grievance at the continued disregard for black lives and denouncing the intractable racism that has led to the senseless deaths of black people in our country. This week, Alexa Clay who leads the RSA US, puts a spotlight on some long-term structural pathways to overcoming police brutality and supporting social and economic justice in America. 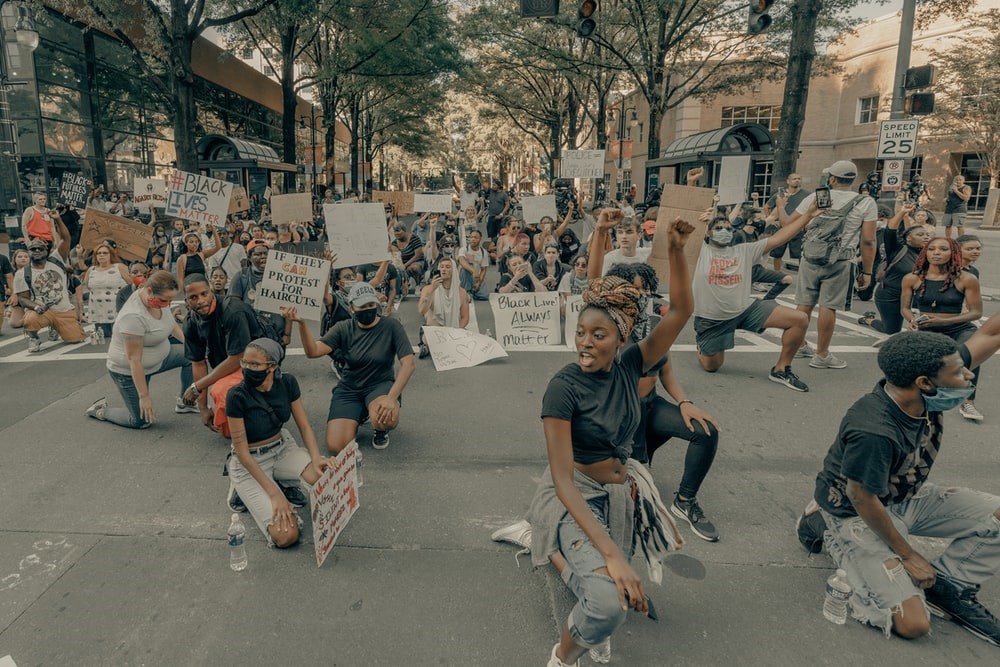 At the RSA US, it is our commitment to supporting emergent policy and practice that can help dismantle structural racism. Below we outline seven core policies that we believe are at the heart of the social justice agenda and the movement for black lives. There is no silver bullet for dismantling racism in America, but outlined below are some substantive ways the RSA US and our Fellows and allies can contribute to meaningful change at a local and national level.

At an individual level, many people are now rallying to support black businesses in their community. It is a helpful show of solidarity, particularly for businesses that have been hit hardest in the wake of the pandemic. Minority owned businesses, many of which are set-up as sole proprietorships, have struggled to access relief dollars from the Paycheck Protection Program and black unemployment is at a decade high. Structurally, however, we need to do more to support black businesses beyond our consumer purchasing dollars.

Black businesses historically have struggled to gain access to financing due to discriminatory lending practices and a lack of relationships with big banks. Moreover, businesses owned by people of color receive less than half the amount of initial equity as white-owned businesses. Through our public and private procurement practices we can support black-owned businesses through our supply chains. Big anchor institutions like hospitals and universities have a role to play especially. The University of Pennsylvania, for example, shifted millions of dollars of its purchasing budget to nearby West Philadelphia. The West Philadelphia Corridor Collaborative, led by Jabari Jones FRSA, works to advocate for contracting opportunities for local and minority owned businesses within the district.

Cities and states also need to stop allowing corporations to avoid paying taxes in bids to woo them and invest instead in ‘economic gardening’ approaches that support home-grown industries and build entrepreneurial capacity and local wealth and ownership in our communities, especially communities of color.

The US leads the world with its incarceration rate. African Americans are incarcerated at five times the rate of white people. Although African Americans and Latinos make up just 29 percent of the US population, they represent 57 percent of the prison population. Covid-19 has put a spotlight on the over-capacity of our prison systems and many prisoner release schemes have been introduced for non-violent offenders, but further steps need to be taken to dramatically reduce rates of incarceration. The Brennan Center found that we could safely reduce our prison population by 40 percent if we ended imprisonment for lower level crimes and reduced overly long sentences. Mass incarceration costs taxpayers over $260 billion dollars a year, money that could otherwise go to public works and social investment.

In the last few weeks, we have seen serious calls to defund the police. Los Angeles Mayor Eric Garcetti announced a $100-150 million cut to the city’s policing budget, diverting it to programs that would benefit communities of color. In Minneapolis, the City Council announced swiftly its intention to dismantle the police department and invest in community-led public safety. The school system had already severed ties with the Minneapolis Police Department, which provides School Resource Officers. Diverting dollars from our police forces can channel money into funding for schools, hospitals, housing and food in black and brown communities as ways of increasing overall safety and wellbeing of communities of color. In NYC, the police department budget is $6 billion or double the entire budget of the UN. Moreover, it is estimated that 20-45 percent of discretionary funds in cities are spent on policing. This money could be invested alternatively into supporting safety and economic security as community investment dollars.

In addition to defunding police forces, investments need to be made into alternative justice systems. Deanna Van Buren is an international leader in developing the radical transformation of the entire criminal justice pipeline. In 2018, she won The Bicentenary Medal from the RSA for her work transforming justice through design.  Her company works to build peacemaking and restorative justice centers, mobile classrooms, and re-entry housing for people coming out of incarceration.

4. Put inclusive growth at the center of regional economic development

Work that the RSA US undertook as part of our Inclusive Growth Accelerator in Chicago was founded on the premise that if the Chicago region were less segregated, residents could access $4.4 billion in additional income, and the city’s homicide rate would reduce by 30 percent. Moreover, 33 percent of black households and 27 percent of Latino households in Chicago have zero net worth (compared to 15 percent of white households). And if racial income gaps did not exist, in 2015 the Illinois economy would have been $123 billion larger. What we need are new metrics, beyond GDP, to evaluate the quality of growth that is being generated by our regional economies to ensure that growth benefits all residents and does not continue to exacerbate racial wealth disparities.

5. Center equity as part of a green economy transition

The proposed Green New Deal acknowledged that many communities of color historically bore the brunt of environmental degradation and pollution, negatively impacting health and wellbeing for residents in those communities. Legislation that works to transition our economy to a low carbon future must ensure that new opportunities within a green economy benefit communities that have been marginalized by previous environmental injustices. Training schemes and jobs in the green economy must bring economic security for black and brown Americans.

The RSA US’s work advocating for universal basic income (UBI) schemes have their origins in the ideas of Martin Luther King Jr. who first endorsed UBI as a way of ending poverty and economic oppression for all Americans. In February, direct cash payments to Americans felt like a utopian fiction. By April, with the mounting economic stresses of the pandemic, they became a policy reality for strengthening our economic safety net, at least temporarily. The Black Lives Matter movement has come out in support of UBI saying, “No other social or economic policy solution today would be of sufficient scale to eradicate the profound and systemic economic inequities afflicting Black communities.”

The movement supports both a general UBI as well as a ‘UBI Plus’. Ultimately, before a truly universal income is realized, revenue saved from divesting in our prisons could create a fund for supporting cash payment schemes for disadvantaged communities; especially communities most impacted by slavery, redlining and the consequences of incarceration. Racial wealth gaps across the US are widening. The ratio of white family wealth to black family wealth is higher today than at the start of the century. Cash payments alone will hardly put a dent in rising equalities, but they can be used to right historic injustice; as a financial tool for restorative justice.

7. Interrogate the effects of historical injustices

The legacy of slavery is alive in many of our American institutions today. Before 1800, six out of seven people to cross the Atlantic were enslaved Africans. Universities and historic sites of heritage amassed wealth based on this bondage. Many academic institutions are now coming to terms with their historic dependence on the slave trade, noting how many founders and benefactors participated in the slave trade. Even today, many financial and lending institutions have profited off of racist and institutionalized practices like red-lining that have prevented wealth building for whole populations of Americans.

The RSA has focused on the causes and consequences of an inequitable society and proposed policies to address these in recent research. These seven recommendations for structural transformation around racial equity have emerged from broad public discourse on the challenges facing society. Operationalizing these recommendations requires deep and sustained leadership and advocacy from activists, institutional change-makers, city councils, community foundations, elected officials and constituents.

As with all our initiatives, we are inspired by our Fellows who are at the forefront of this work already and we welcome your further recommendations; we encourage you to engage with other Fellows in initiating ideas that can lead to opportunities for collective action; and we urge you to advocate for these changes with your community, your local media, and your elected officials. Let’s use the RSA as a platform to amplify much needed structural change. We at RSA US are committed to supporting Fellows as they take the initiative to raise awareness of both the problems and potential solutions.

Alexa leads the RSA US and is helping to accelerate cross-city collaboration around inclusive growth, economic security, green transition, alternative justice and lifelong learning. An economic historian turned ethnographer, Alexa is the co-author of the Misfit Economy (2015), the co-founder of Wisdom Hackers, the Co-Founder of the League of Intrapreneurs and previously held positions heading up research and learning at Ashoka and as a consultant at SustainAbility Ltd.